So, humans like to exercise, right? It’s a really healthy pastime! Exercise is crucial to a balaned, healthy lifestyle, and steady exercise will keep my human healthy and able to play with me for many more years!

But I keep seeing my human do this one crazy trick that I’ve never seen them do before. It’s where they stand on their front paws, even though they never use those front paws to walk! Isn’t that amazing? I had no idea my human was so strong!

The first time I saw my human do that, I was so surprised! I thought maybe they’d forgotten how to walk for a second, until they flipped back upright. Now, they do it at least once a week to exercise something they call their “arms”. I call those “front legs”, but you do you!

The Human Is Doing The Weird Exercise Again

So I know I have to make room when my human does this move. Sometimes my human loses their balance and they start kicking everywhere! Honestly, I don’t see the appeal in this move when falling is so easy But it’s important to my husband, so I don’t try to stop them.

I’ll keep several feet away, and will only get close when my human is steady. Now, they use the wall to help them keep still, so once they’re up I don’t have to worry about them falling anymore.

I always take this chance to get some upside-down Spiderman kisses! It’s fun licking my human’s face when they’re like that!

I Try Out the Exercise

I’ve tried every so often to do the front-paw stand, and it’s way harder than it looks! Even though I walk on these front legs every single day and I still wasn’t strong enough at first! Boy was I surprised when I saw that.

Ever since my first failed attempt, I’ve been practicing regularly. I’ve gotten stronger, and it’s reached the point where I can do the paw-stand for a few seconds! It’s hard to keep my balance, so I can’t always do it. But I can do it, trust me! 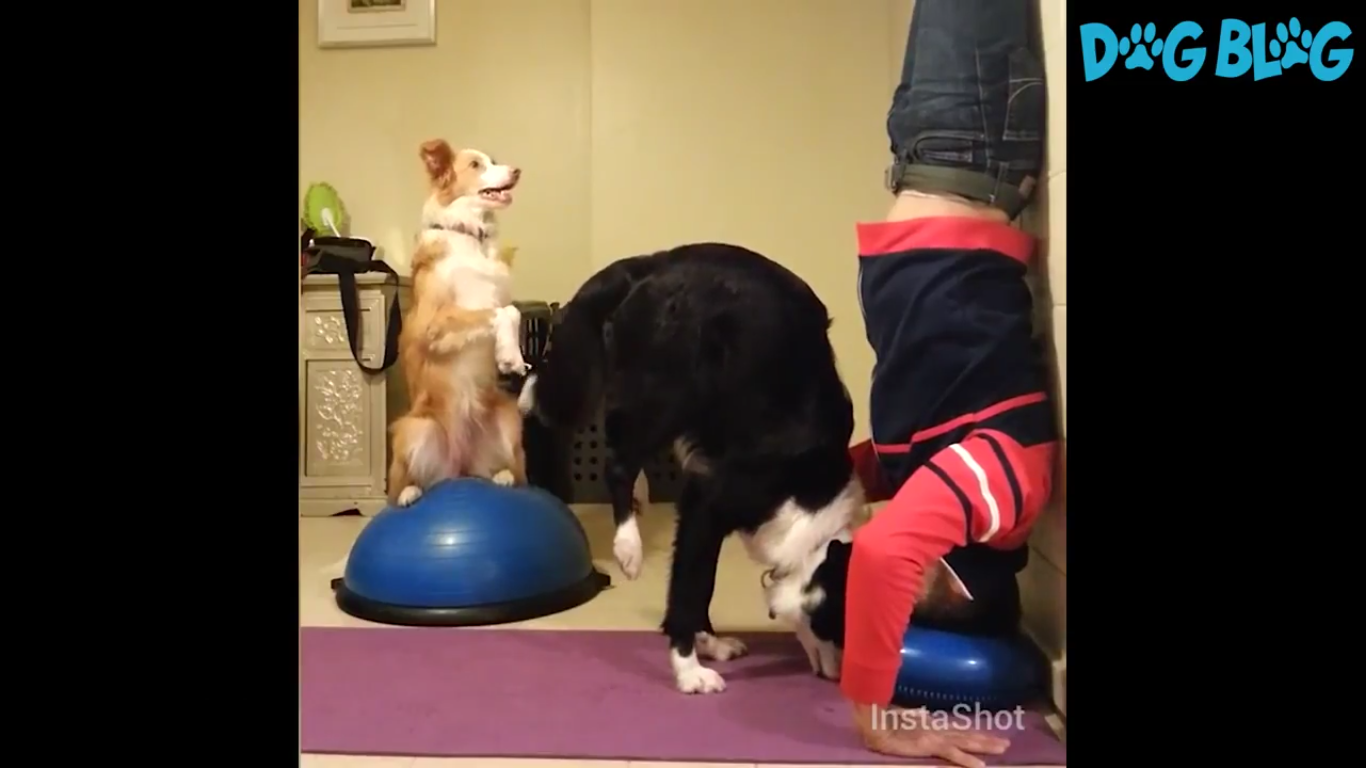 Whenever I do it, my sibling watches me too. He doesn’t have the confidence to try it yet, but one day I hope he goes for it. I bet he’ll be really good!

They have all these videos on YouTube of dogs being able to run and jump and burying stuff, but how often are there videos of dogs doing special tricks? Well… there’s probably a lot of those, too, but I bet that mine would get all kinds of attention and impress people too! I hope my human decides to do this one day. We’d get tons of views and maybe get an appearance on daytime TV!

I Could Try Tiktok Instead

Hmmmm, I know YouTube is a great platform for dog videos, but maybe I could try Tiktok, too. I mean, it’s perfect for shorter videos! My human could post pics of themselves, too. 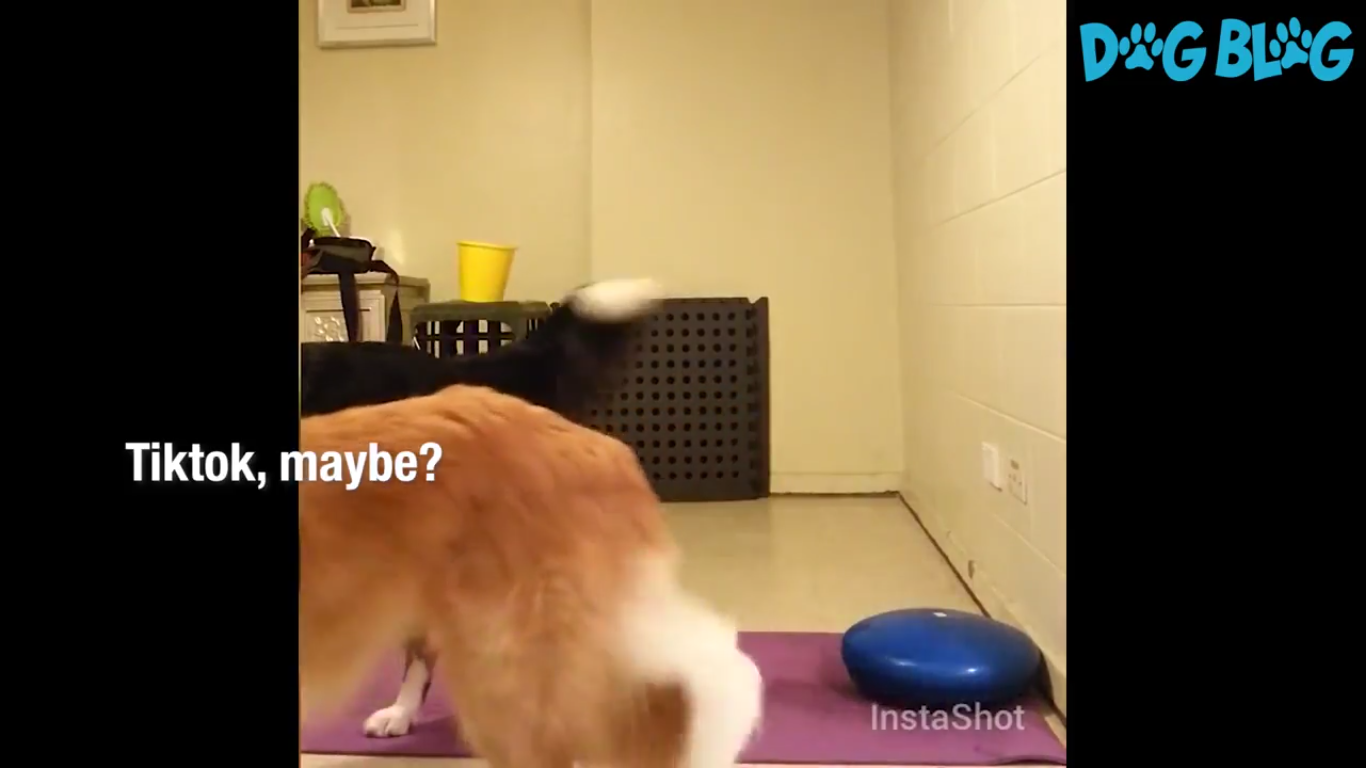 And as soon as my human is done with their little tricks, they’re off to the next portion of their workout! Goodness, sometimes I can’t keep up. But I’m proud of my human for keeping in tip-top shape! Those exercises are not easy, let me tell you. One day I’ll be able to work out right alongside them though! I believe in myself.

Until then, though, I’ll be there to provide my human with a sweat towel and moral support!