So I like to consider myself someone who gets along with all animals. I have friends who are cats, squirrels, mice, birds and even rabbits! It’s so fun to chat with animals who see different parts of the town and live lives so different from mine.

But there’s one animal I haven’t had the pleasure of meeting yet. And that’s a cow! Cows remind me a lot of my fellow dogs – they’re so fun and energetic, and they get along with humans so well!

And I think a lot of cows seem to think they’re dogs too. My humans have shown me videos of cows trying to snuggle up to their farmer owners in fields. They always forget they’re too big to sit in a lap! I recently had the pleasure of meeting with a cow that also thought she was small enough to fit into my doggie bed. Oh boy, that was hilarious!

My Mom Told The Cow to Leave My Bed Alone

The cow seemed to think it was a communal napping spot or something, because she just plopped herself down! I think there was a farm nearby letting their cows graze, and this one wandered a bit too far from home. Don’t worry, her farmer came back and got her before it got to be too late in the day.

But my family thought it was so funny, seeing this cow just snuggle up on my stuff. I mean, we were a bit annoyed, if we’re being totally honest. It was a nice bed, and we didn’t want it to get crushed! But still. Pretty funny. 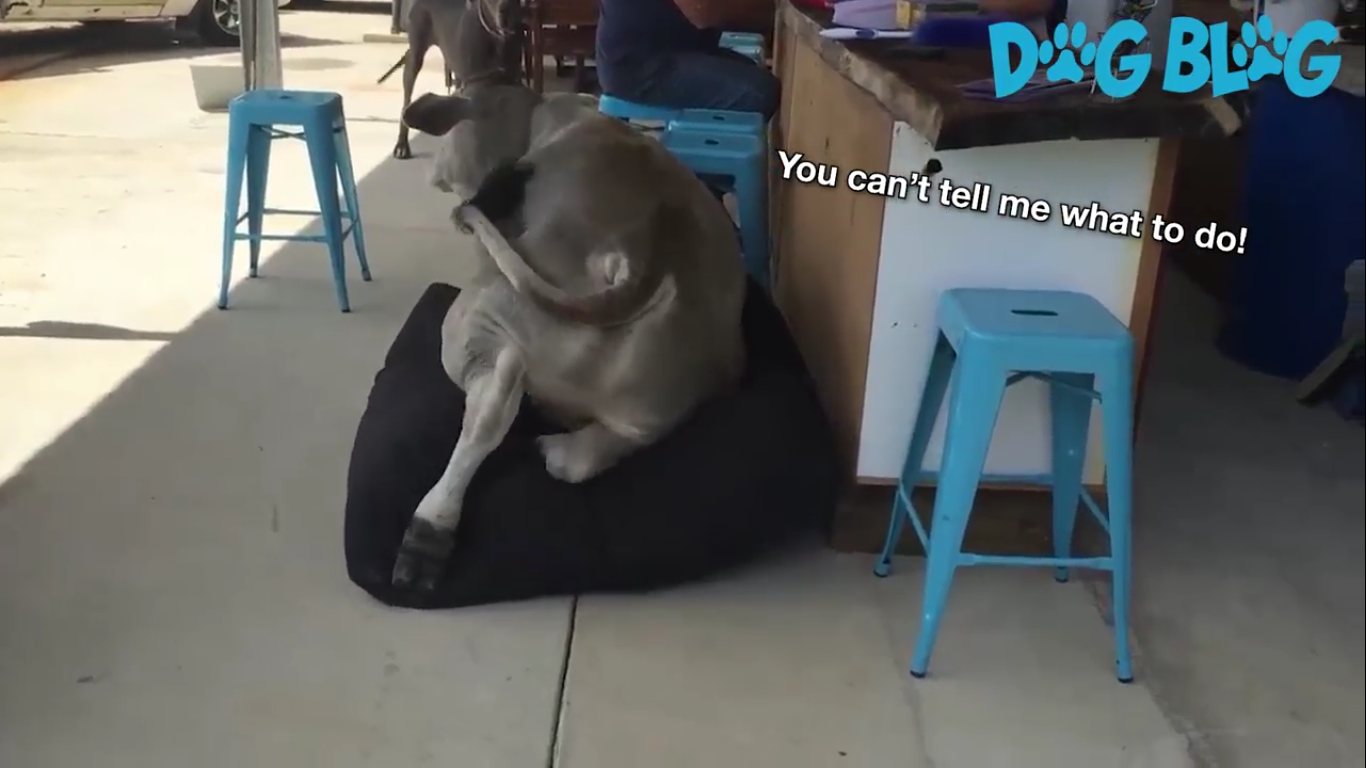 The Cow Was Hiding From the Sun

She probably liked my bed because it was out of direct sunlight. It’s a really hot day, and I can understand being a cow and getting exhausted in all that heat! I mean, who wouldn’t want to take a load off after a long day of eating, taking care of calfs and being milked? I’m tired just thinking about it!

Still, though, it was a pain to have my bed out of commission for a while. I was tired from the heat, too!

I Couldn’t Get My Bed Back

Now, cows are smart creatures. They now how to respond to people, and they can respond appropriately. So that’s why I was so surprised when the cow wouldn’t listen to my humans when they told her to move! We can’t chalk this one up to a language barrier. We were being ignored, through and through. 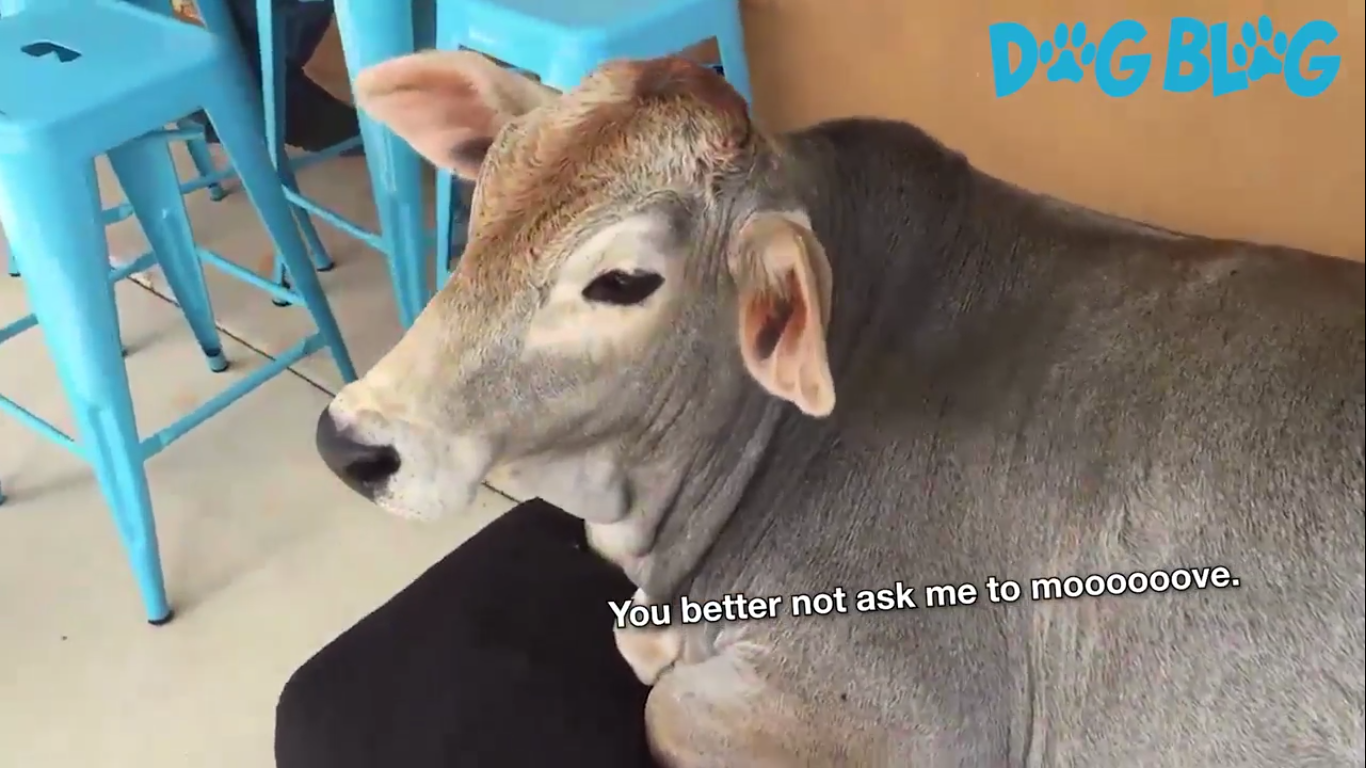 In fact, this cow had the nerve to stare us down! As if we were intruding on her space! I’m definitely thinking she thought this was a communal bed. Well, I guess for the moment it was!

My Mom Is Scratching Its Neck

And if you can’t beat ’em, join ’em. My humans couldn’t help but appreciate such a sweet animal. We were annoyed, but she meant no harm. She just wanted some relaxation time, and who could blame her!

Well, after a while she did leave, and I was able to have my turn on the bed! It was a little indented, but I had the best nap on it anyways. I’m just glad another cow didn’t stop by and sit on me!