In my house, everyone does their part. We all chip in to keep this house running. By having everyone help, we’re all able to divide up the work and keep anyone from getting overwhelmed. So one of my humans is in charge of cooking, and the other is in charge of cleaning. Me? I handle dusting and laundry, and today is another laundry day!

See, the trick is to handle the laundry a few days before the clothes run out. That way, no one is ever without clean clothes! And you always want to divide up the colors – trust me, getting a red sock in your white laundry is a surefire way to turn everything pink!

I learned how to do laundry some time ago. It started off with me watching one of my humans do the load themselves, and then wanting to give it a try. I had to practice quite a bit, making sure to not mix up loads or drop the clean stuff on the floor. My human really had to be patient with me at first! But now, I can do most of it myself. They haven’t made doggie-safe detergent bottles, so I can’t handle the soap part, but I know how to drop clothes in, close the door, take them out, and put them in and out of the drier! So basically, I do all the hard stuff. 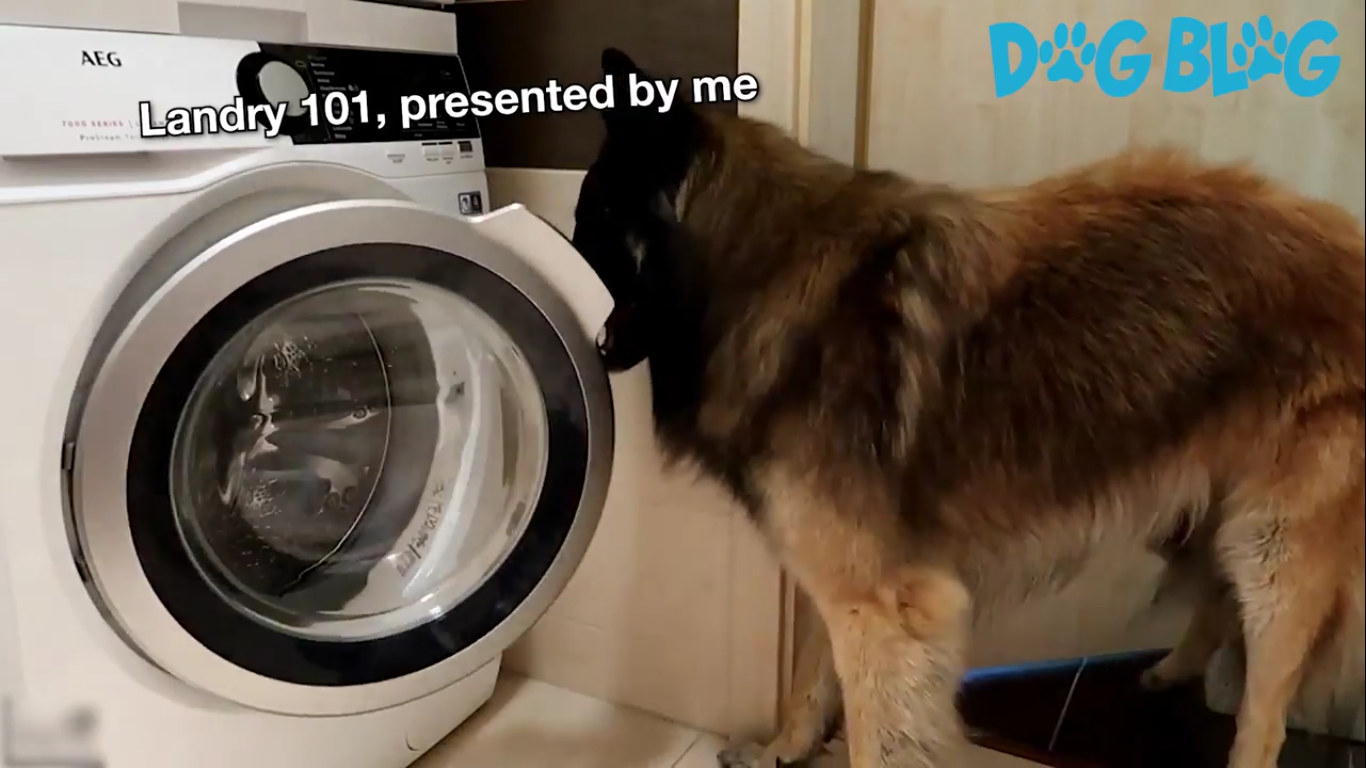 Put the Socks In the Washing Machine First

I hate using my mouth for these, so sometimes I’ll try to drape the clothes over my snout to get them in and out of the machines. Usually it does the job! And boy, there’s nothing better than pulling out a bunch of warm, nice-smelling clothes from the drier.

Putting Shirts In The Washing Machine Can Be A Little Tough

Ugh, like I’ve said, it’s such a HASSLE moving the clothes around. I love my paws, because they help me move around faster and longer than humans, but holy guacamole do they make it hard to do human stuff! You should’ve seen me trying to change the channel last night.

But I’d like to see those channel-surfing humans bury bones as well as I can, or run around hills as fast as I can! We’ve all got our skills. 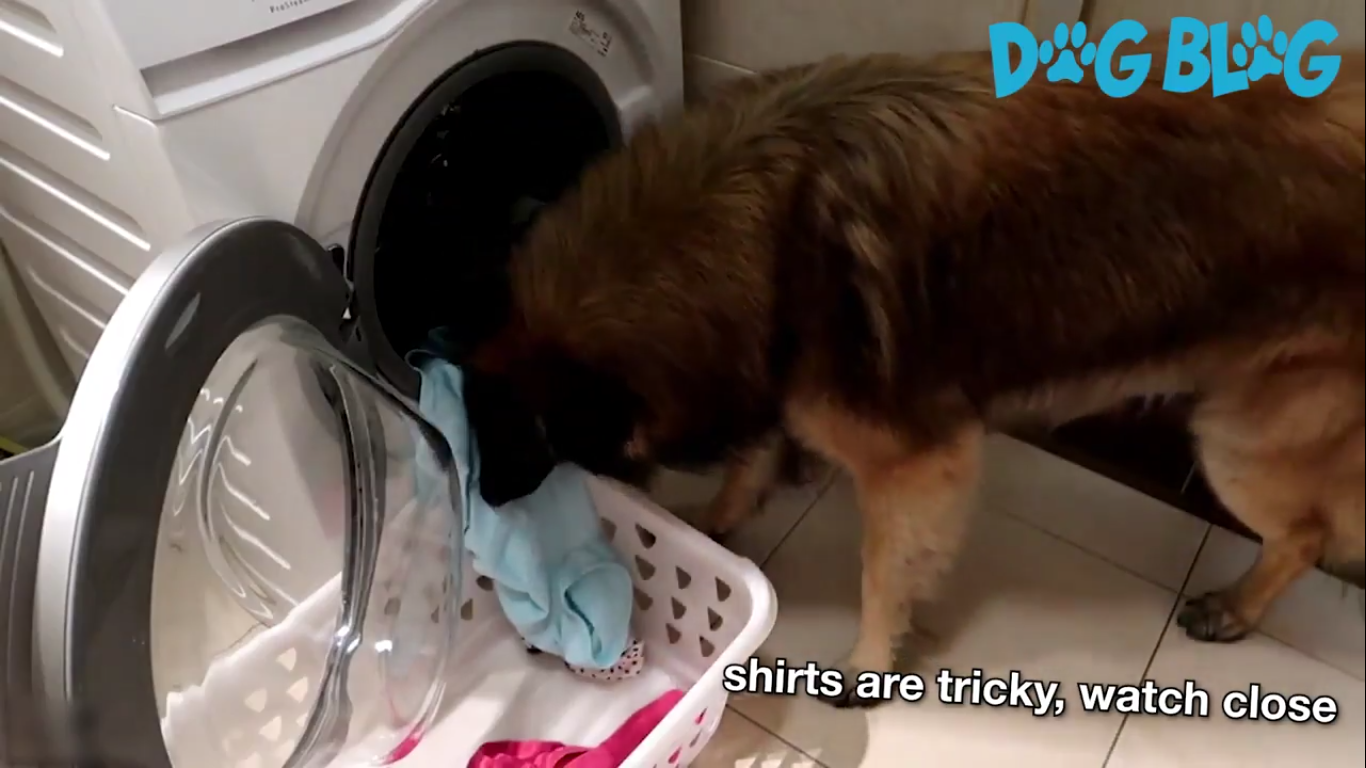 Either way, I’ve found out some tricks to get the laundry done. I’m quite smart, huh? Sometimes, you have to get creative to do laundry when you’re a dog!

Be Careful With the Undies

So socks first, then undies next. I am always careful with those, of couse Then go in any other stuff, like shirts and pants and pajamas.

I close the door to the machine, which is my indicator to my human to add the soap and water. After that, I don’t come back until it’s time to move stuff to the drier. See how easy that was? Well, off to play some ball until the clothes are done!