I am not sure how we invented this puppy pinwheel way of drinking milk and why we go round the way we do, but once it started, it is always the way we drink milk now. We walk, spin, and drink until the last few drops are gone. I think we are looking to see if the one next to each one of us has more milk. We want to get the milk that they can drink, as well as our full share.

If you notice, we walk in a clockwise circle. Our tail wags to the right as we take each step so that we form a perfectly symmetrical pinwheel. As the milk disappears, we start to slow down and then stop as if to say to our human mommy, “Is that all there is?” 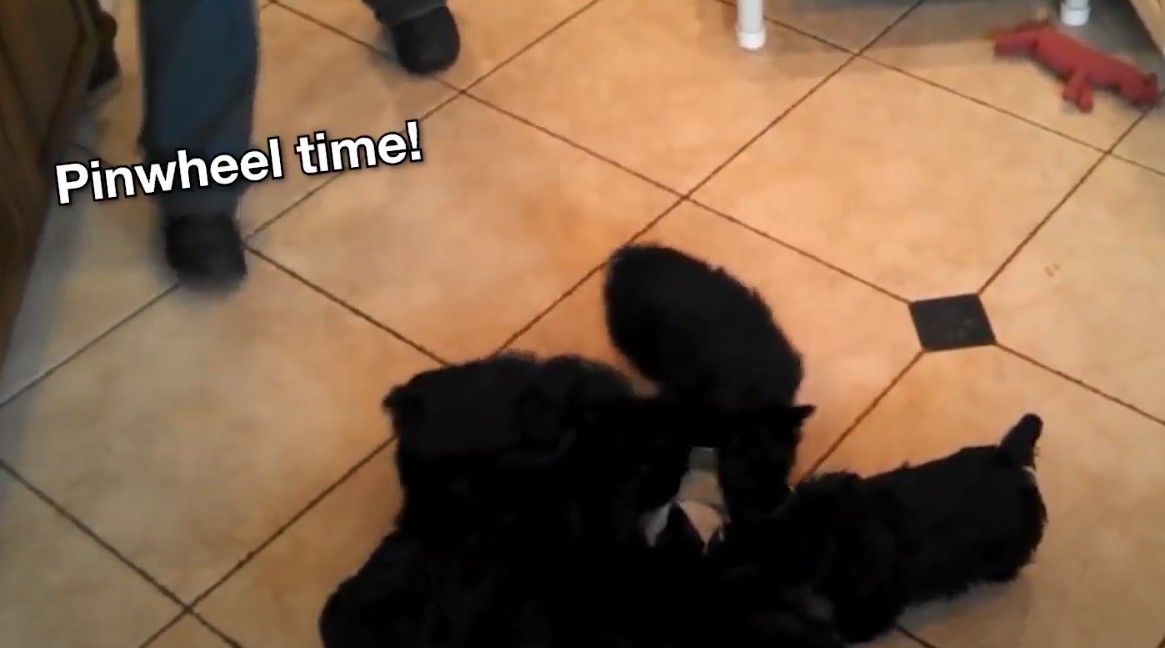 Our names are Matthew, Mark, Luke, John, Nigel, and Analisse. Four of us got our names from people in the Bible except for Nigel and Analisse, who have more contemporary names. Our human mommy always calls out our names to look up at the end of the game, so we get to show how cute we are. 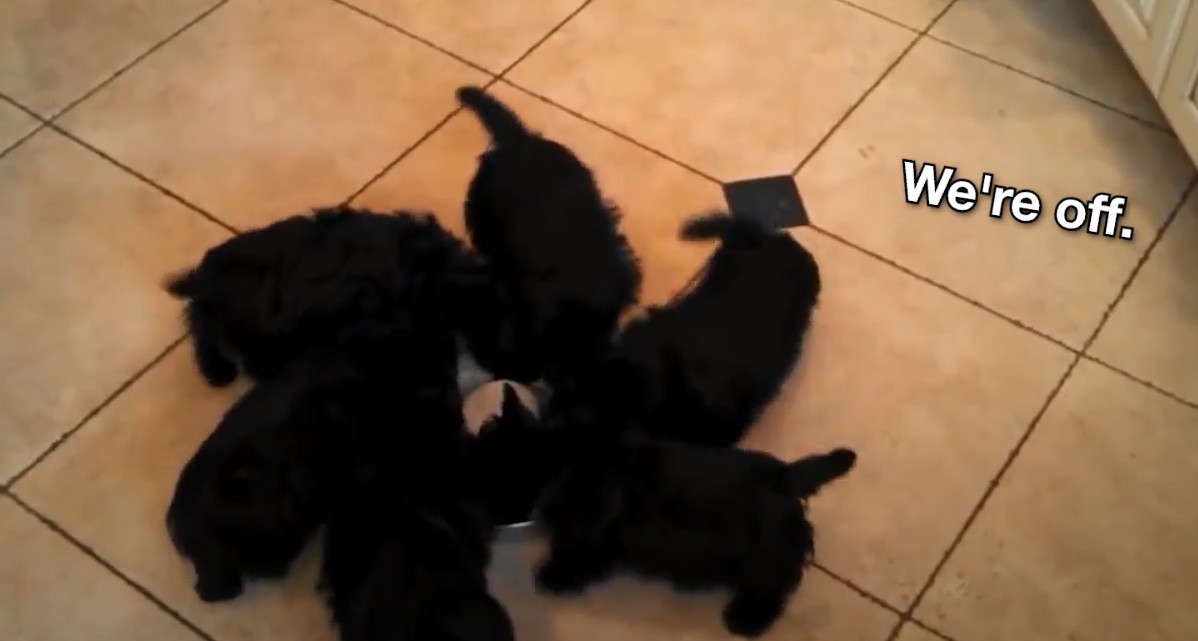 One day, our human mommy had a friend over for tea. Our mommy was delighted to show the game of pinwheel puppies to her friend. I overheard her explain to her friend the significance of our milk-drinking game. Here is what she said.

The way the puppies go around is like they invented their own game of musical chairs without music and chairs. If you don’t know musical chairs, it is a children’s game with one less chair than the number of children playing. The children go around the chairs in a circle while the music is playing. They are prepared at any moment to sit down as quickly as possible.

When the music stops, they all sit down. The child who does not find a chair to sit in is out of the game. The next round continues with one less chair until everyone is eliminated except the winner, the only child left sitting down in the last chair after the final round between the top two finishers.

On a historical note, the children’s game of musical chairs was invented around 30 to 36 AD. For a short time, the television game show Musical Chairs aired from June 16 in America to October 31, 1975. The show’s host was a pop singer, Adam Wade, who had three top hits on Billboard in 19061. Wade has the distinction of being the first African-American game show host. 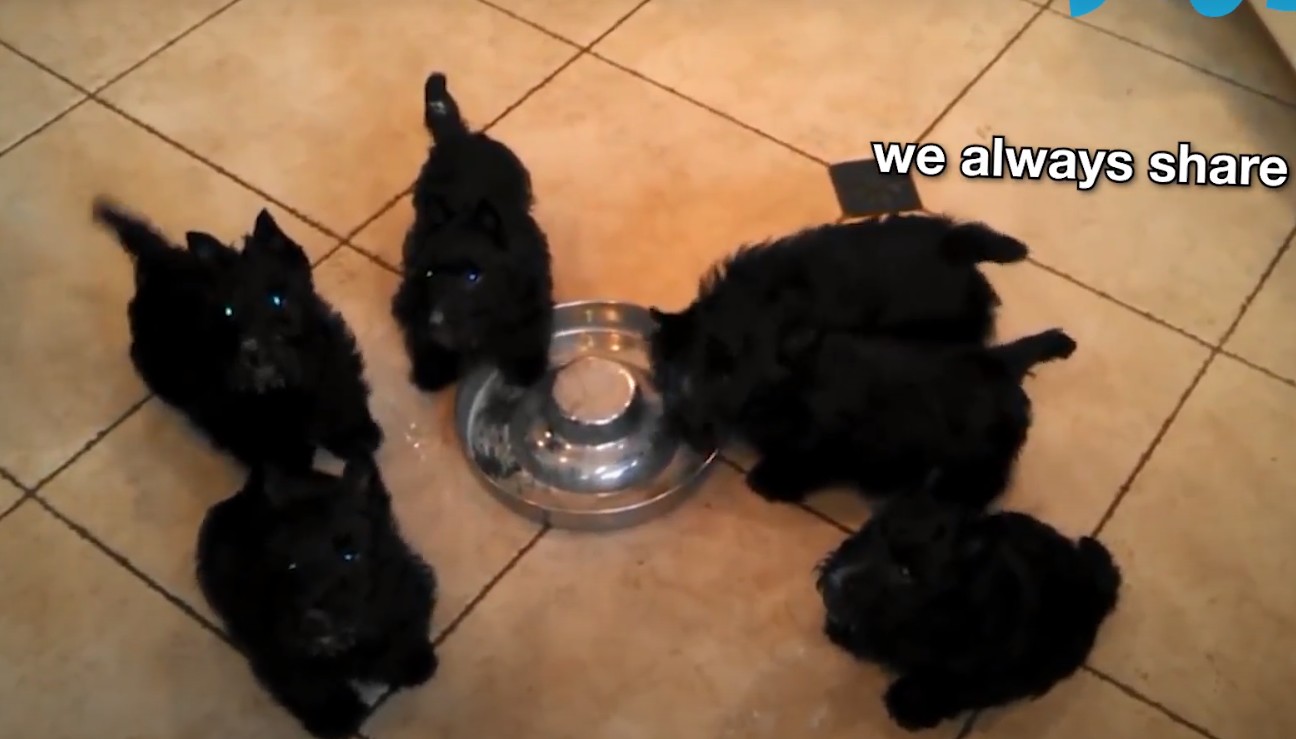 When I heard our human mommy describe the children’s game of Musical Chairs, I have to admit it is similar, but it is completely inferior to our version. We have made an obvious improvement since we get milk to drink and nobody is left out. You, humans, are so silly that you don’t even know how to share something as simple as a bowl of milk or places to sit down. You could learn a lot from how we share and love our brothers and sisters.