When you look at this picture, what do you see that seems unusual? Go ahead, I’ll give you a minute… 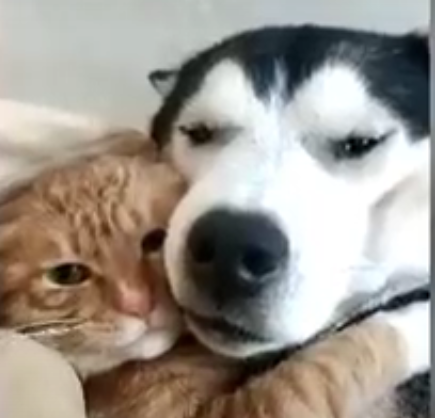 No, but that was a good guess. And for those of you who said it was this incredibly gorgeous canine being kind enough to hang out with a mangy unkempt feline, yes, I know it looks that way, but that isn’t the answer I’m looking for.

Go ahead, guess again. What is it about this image seems odd or different? Wow, that is also a good guess. Unfortunately, it wasn’t
that this scraggly looking little furball isn’t whining, crying, or catcalling (pun intended!), but again, excellent try. 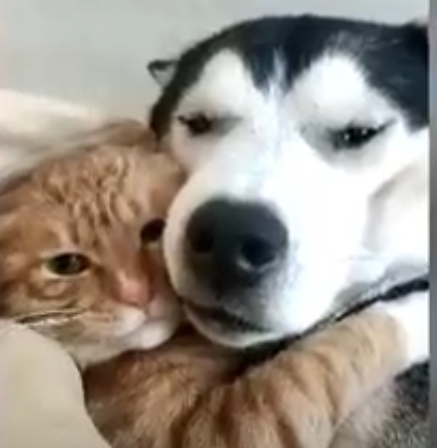 What you see here isn’t about the fact that a creature as refined, beautiful, loyal, and faithful as us, would dare to even be near, let alone cuddle with a snotty, arrogant, conceited, dumpster-diving class of animals like cats. No, what you see here is the ability for us to get along.

If you think that this cat and dog oddity is all there is to the story, however, then you couldn’t be more wrong. Walk with me for a second, and look once more at this image as we go… 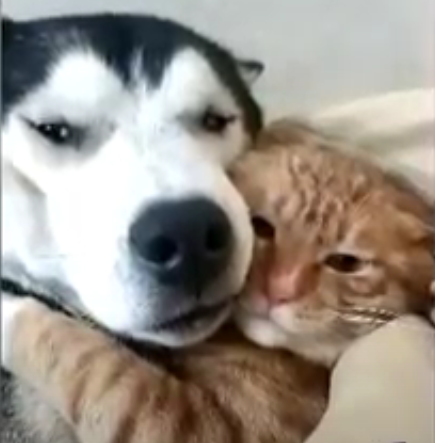 A long time ago, humans knew they needed a friend, a creature that was loyal to a fault and faithful to the end, and when dogs met humans, the rest, as they say, is history. That is centuries of humans, centuries of protecting homes and families, and being the friend these sweet but kind of helpless humans needed.

Oh yes, and then there was this great divide, this age-old battle between cats and dogs. And it was no fault of the dog that this fight ensued, but it was dog gone sure going to be won by us! We didn’t start the fight as the saying goes, but we sure will finish it! 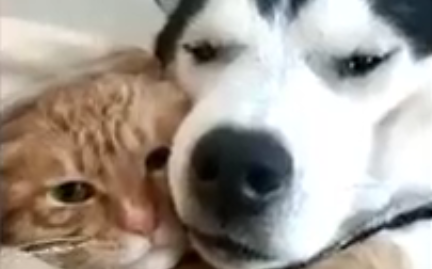 Sworn enemies. Is it starting to make sense now? This picture is about so much more than an odd image, it is about getting along. Setting aside differences and realizing that the actions of one will never speak for the actions of all.

Were you aware that some cats were actually house pets too! Yes, that’s how they became trained. And there’s more. For this dog, anyways, it reminds me that education is the answer, that knowledge is power, and that power can change everything.

Just for the record, this doesn’t mean that dogs and cats are suddenly going to be friends. That is unrealistic and a bad idea. But hopefully, this teaches all of us to base one another on our own merits and who we are and then decide for ourselves. 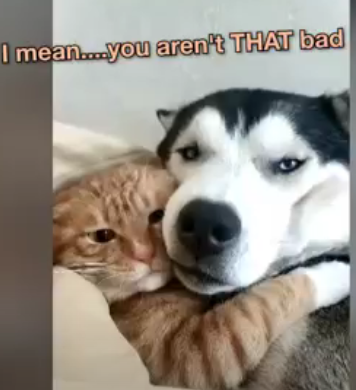 See, sometimes a picture really is worth a thousand words!