So I can understand wanting to be a dog. I mean, what’s not to like? We have the coolest lives ever! We get to play outside, fetch toys, snuggle with humans, and eat the yummiest food in the world! So whenever someone tries to impersonate a dog, I completely get it.

But sometimes, some creatures that you wouldn’t expect to want to be dogs still try to impersonate us! Like this one time, my humans had this goldfish that just loved to race through the hoops in its bowl, just like a show dog! It also liked the meatier fish food more than anything else. That was a surprise! I’ve also seen little human pups trying to mimc dogs too, but that might’ve just been a game.

But by and large, the absolute weirdest animal I’ve seen trying to impersonate a dog was a raccoon! Those things already live such cool lives, roaming free and digging through trash, that I can’t believe some want to be dogs! Some days I want to be a raccoon!

The Creature Kept Up the Act

The funny thing was, that raccoon really thought he could impersonate a dog! Don’t get me wrong, his act was great, but we doggos have an amazing sense of smell. We can tell apart one of our own from a crowd of fakers completely blindfolded.

Buuuuut who was I to ruin someone else’s fun? So I kept playing along! 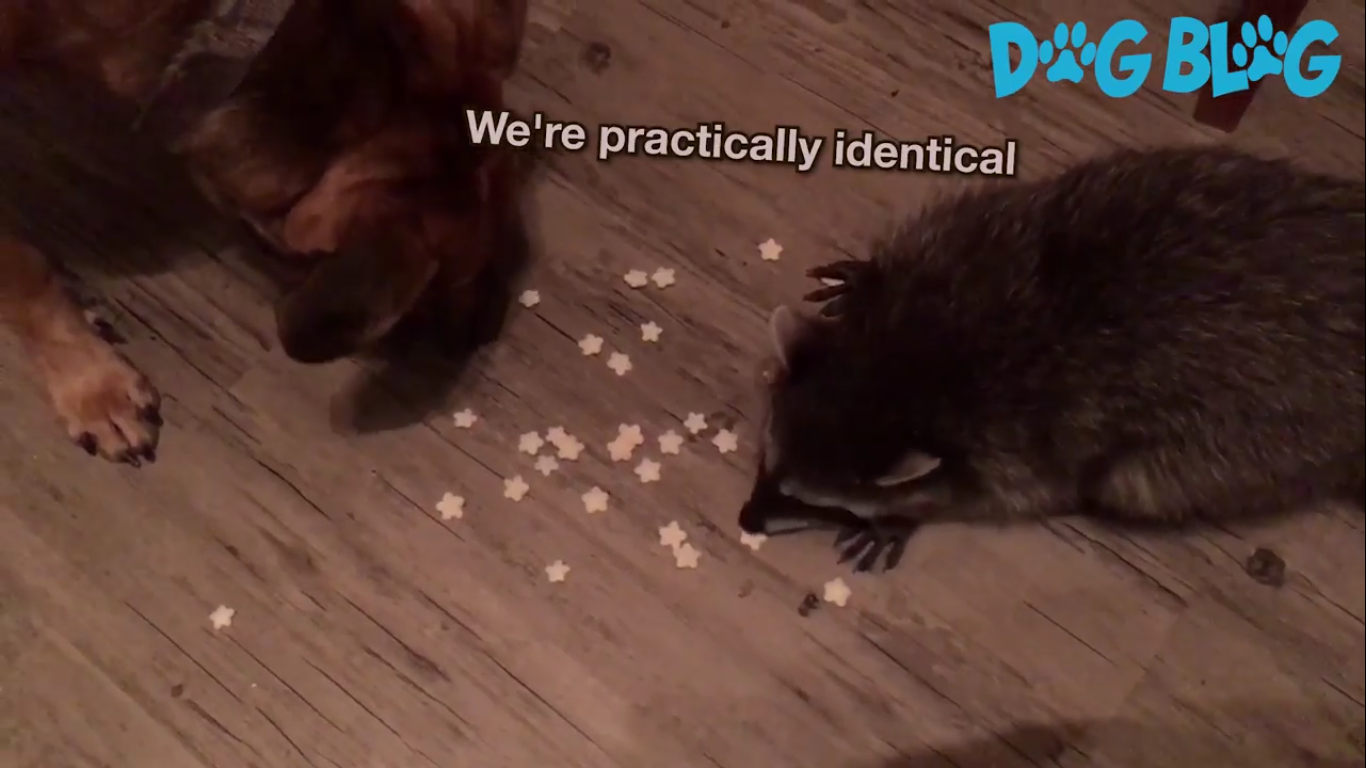 It was a fun game, I won’t lie! A bit confusing at first while I tried to understand what the raccoon was doing – there’s a bit of a dialect with raccoons that I sometimes just can’t understand. Another reason why I could spot this imposter from a mile away.

The Creature Has Actual Hands

Another dead giveaway that this guy wasn’t a real dog was his hands. I mean, when was the last time you saw a dog with hands? We all have paws!

I am a bit jealous of this doggo’s hands, I’ll admit. That does seem pretty cool, to be able to grab things like a human. It can get exhausting, having to pick up everything with your mouth, or push with your snout. Those raccoons must be able to keep all sorts of goodies, since they can carry stuff like humans!

Raccoons also share food way more, since they can divide things up into portions more easily. Every one I’ve met has always shared their food – but not before washing everything! I guess raccoons have a thing for being clean, probably because they get a lot of their food from the trash. Smart!

The Creature Likes to Play

I will say though, one more thing that this creature does have in common with dogs is that we both like to play! We dogs love a good game, and this raccoon has no problem keeping up. I’m sure if I couldn’t sniff, I would’ve had him confused for a real dog for a second!

Though this raccoon has wayyyy more energy than I do. I mean, look at how how hot it is! I just can’t keep up. This raccoon would’ve been a really rowdy puppy, if he had been born as a dog.

The Creature Hugs Me A Lot

I did like that the raccoon kept hugging me lots. Another way for hands to come in handy! I don’t mind the nuzzles I as a dog have to do in for, but it would be nice to be able to properly wrap my front legs around my human every once in a while. 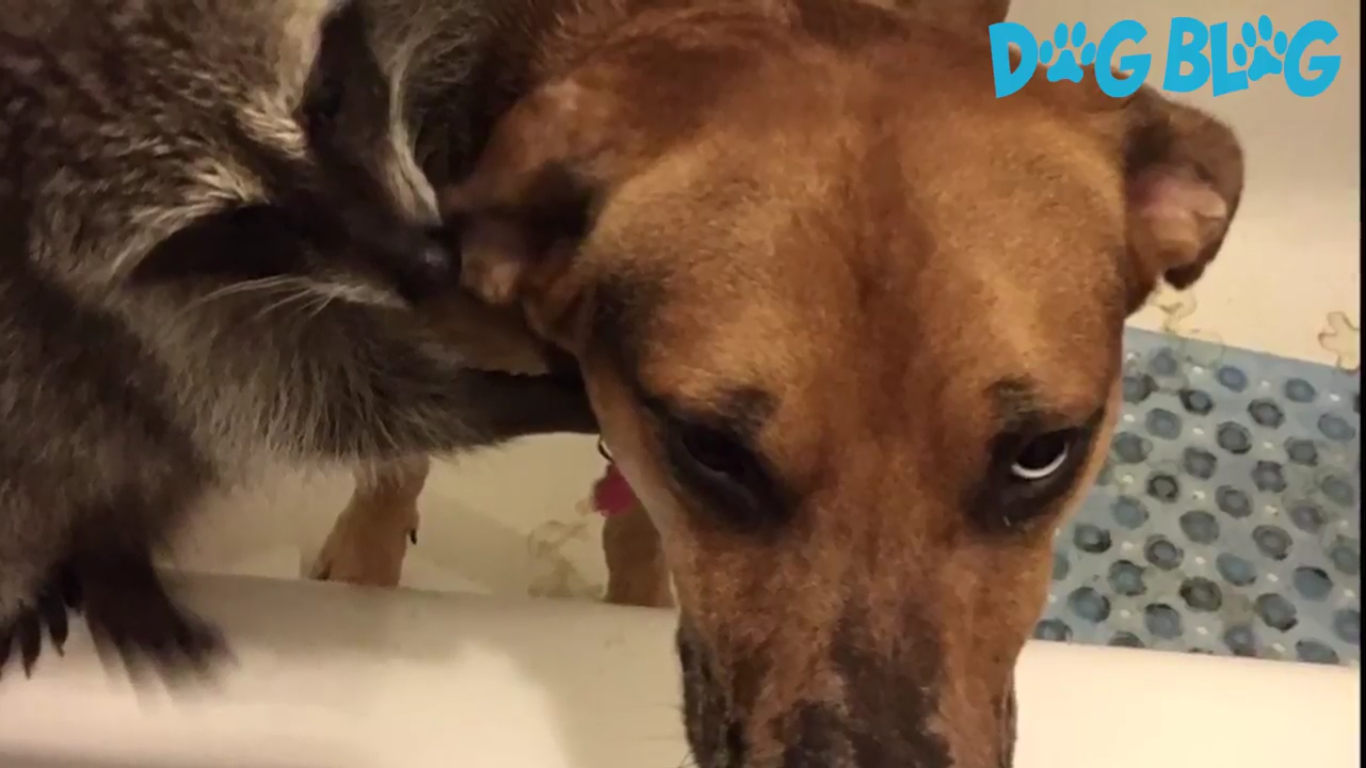 You know, thinking back, I think that raccoon was a lot more more like a cat than a dog, to be honest! That’s just my opinion, though. Either way, it was definitely not a dog, no matter what it says.

He still likes to hide sometimes, and I’ll see him around the yard, but that first meeting was still so fun! I can’t wait to talk with him again.