I don’t know who decided to let this trash panda in the house, but he is driving me crazy! Look, I get it, we all need some cuddles from time to time. But this is getting ridiculous.

All day long he wants to rough house and cuddle, and then rough house some more. I just need a break! I may be a spring chicken, but I am too tired for that!

I think once he’s here for a bit longer, I will start to get used to it. For now, my mom has been telling me all about these trash pandas that she calls “raccoons”. They are actually pretty interesting… 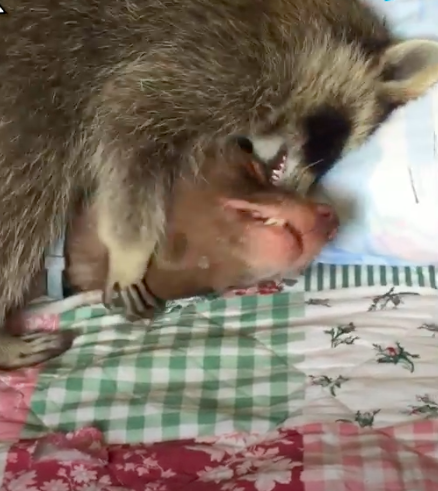 Oof, that one hurt my eyeball.

Alright, so my mom was telling me about how long these little dudes live! In the wild, their life expectancy is only a few years. This is probably because there is some scary stuff out there in the wild, plus they don’t go see the vet and such.

But in captivity (which this trash panda is in captivity, although I think he enjoys it), they can live for up to 20 years!

Another cool thing I learned is that raccoons are usually nocturnal, so they’re awake all night. But, depending on their food source, they can be daytime creatures as well. That’s probably why he’s up and down all day and all night. 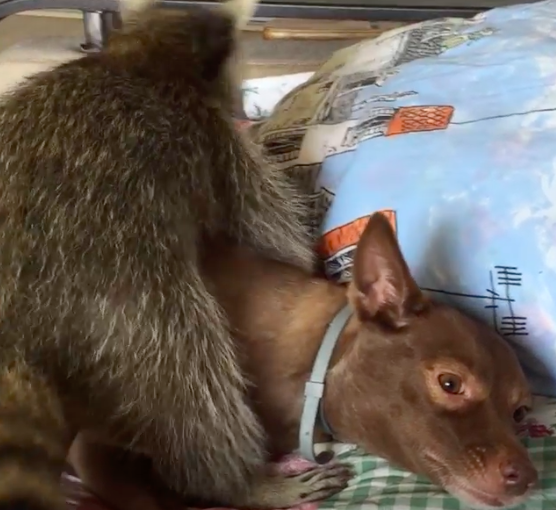 Hey now, watch the tail, buddy! Man, this is getting exhausting…

I have to admit, this is a smart little guy. Apparently, raccoons are some of the smartest animals out there!

They can remember tasks for certain problems for around three years, which is a lot longer than I can remember. They also have an IQ of just below a monkey and above a cat. Both of those animals are super smart, so this guy is basically just a cuddly genius who will steal your garbage.

My mom still says I’m the smartest though. That’s because I’m her favorite. 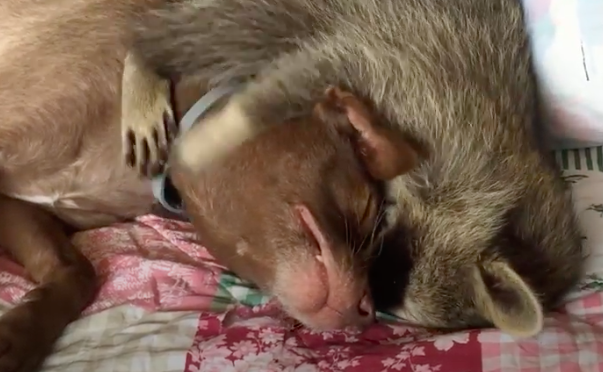 Raccoons are extremely fast. I mean this dude can take a sandwich off the table and be out of the room with it in under three seconds. My mom told me that they can run up to 15 miles per hour.

Even though some of us faster dogs can run at around 30 miles per hour, you have to take into consideration the length of their legs and bodies. 15 miles per hour for this floofball is super fast!