We had a plan. The next time the woman human let us enter the yard, we would attack the man human. Yes, most humans do not know that puppies, like bees, have a hive mind and can swarm together in a coordinated effort to take down an opponent. Then, we can kiss and lick him until he surrenders. 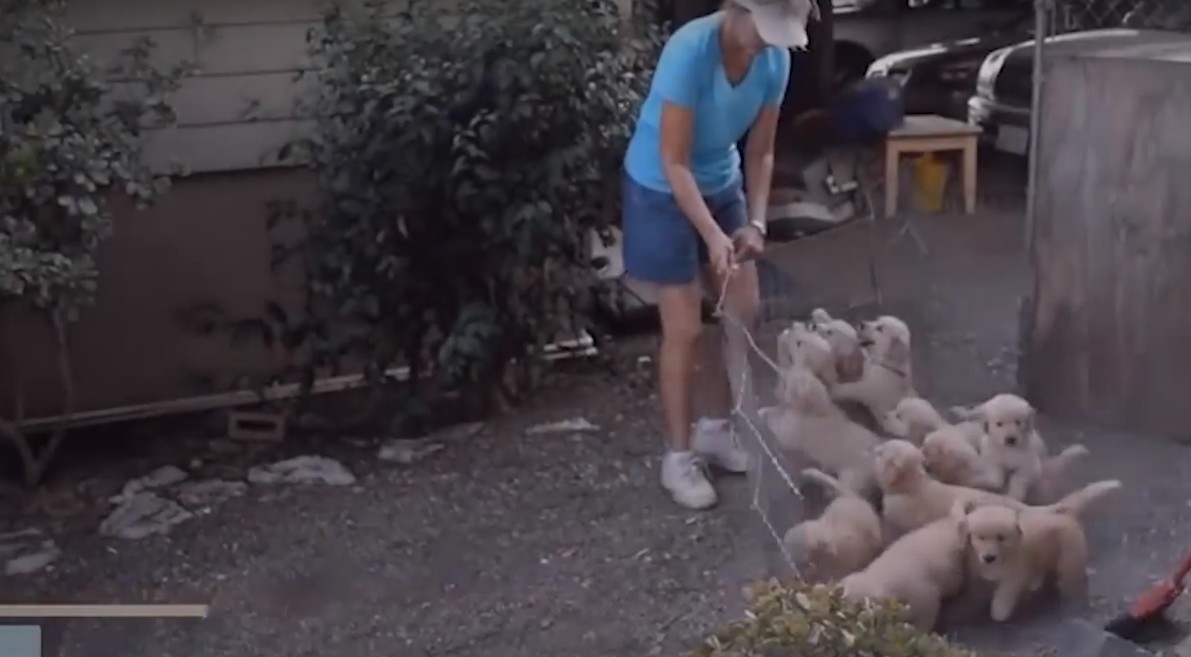 The man human was sitting there, not even trying to put up a fight. We pushed him over easily with the superpower force of four of our strongest puppies that got to him first. He was no match for Puppy Power. He fell over almost instantly.

We had him down almost immediately, with a few of us holding back as reserves, in case we needed to call them in too. The man human kept screaming, “Puppies! Puppies!” We tickled him without mercy and made him submit to the assault.

By the time reinforcements arrived, the man human was completely overwhelmed. All he could do was cry out, “Puppies!” He was like a big man-baby crying for his mother. 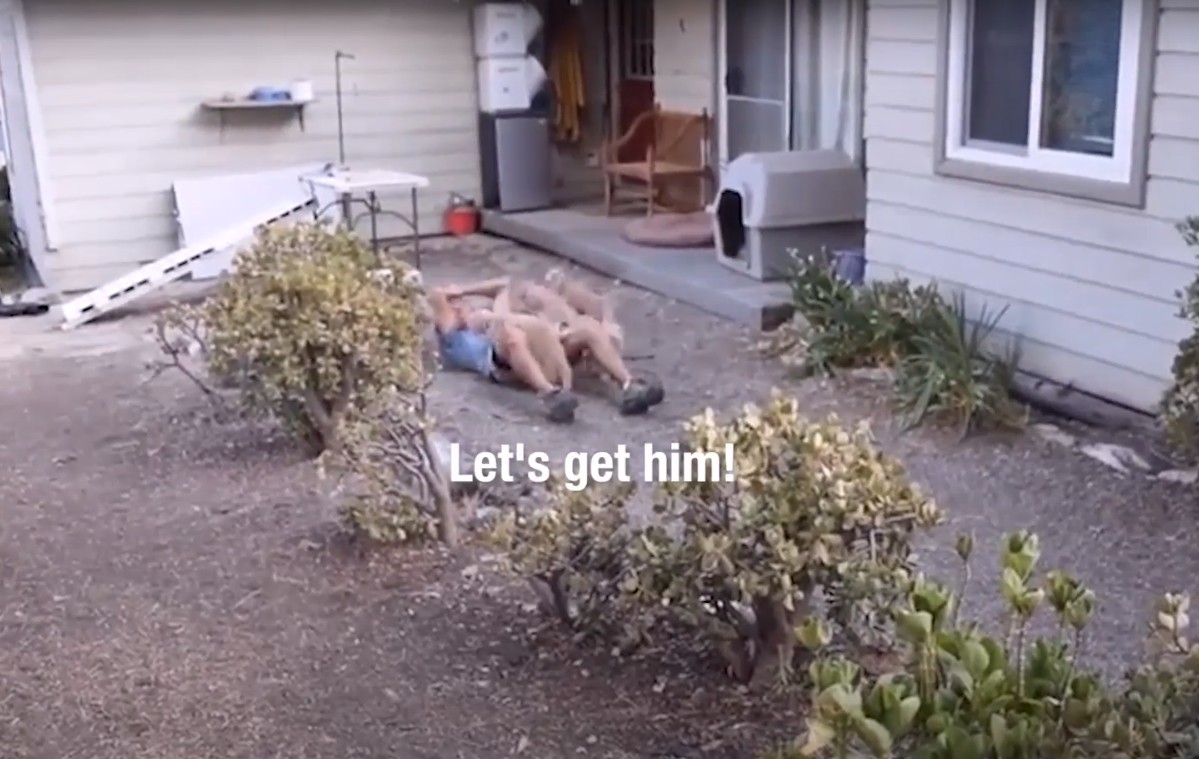 We wanted to give him a fair fighting chance. He was so outnumbered, half of the puppy squad stood down to let the man human catch his breath. All he did was grunt like a wounded animal. “Ha, ha, ha. OOH.” He cried out.

He covered his face and eyes, but that did nothing to stop our licking. I even got a small nip on his ear. All he did was writhe in pain, with more of the “Ha, ha, ha.” That is when puppies know that they have overpowered a human when he does what humans call “laughing.” Humans are helpless when they are laughing. They laugh so hard, sometimes that they forget to breathe.

The man human tried to stage a comeback. He sat up and fixed his hair, which was a real mess. He must have wanted to look good for his woman human. By this time, it only took four of us to hold him down. It was easy enough to keep him from standing up.

The rest of the puppy tribe was already off doing more important things, like following the neat smells to see where they came from and looking for anything to chew or eat. Humans have some leather things that are really fun to chew on. They call them “shoes.” 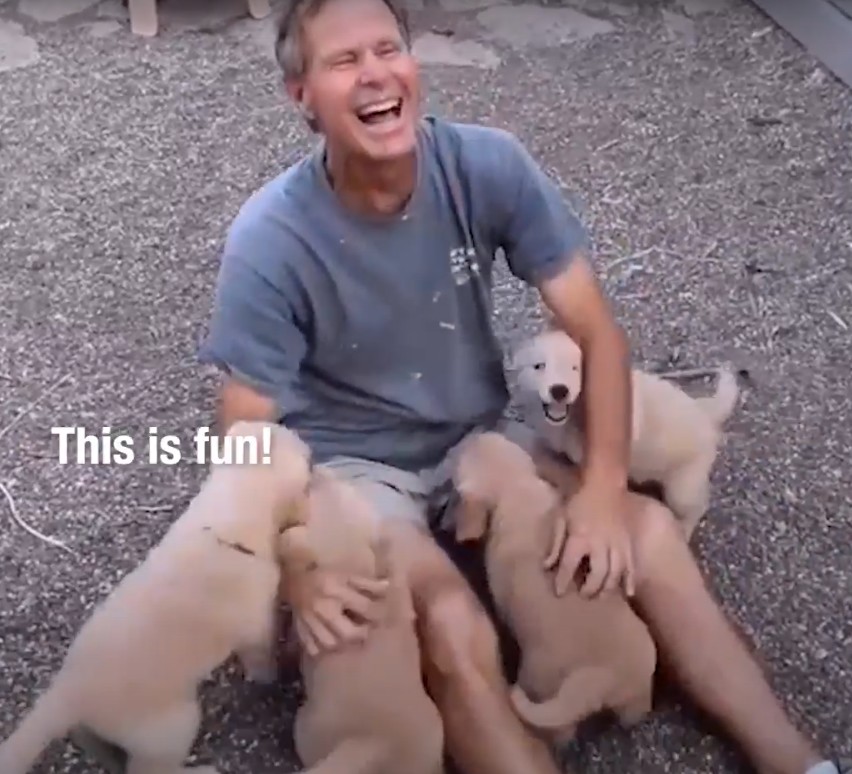 There are so many things in the garden that we love to explore. With eleven of us, there is always someone in the mood for playing, even when the other half is sleeping. We always have someone on guard, just in case any human wants to try to enter our territory.

We have plans for world domination if we can get the woman human to let us out of the yard. She is smarter than the man human and not as easy to attack. She always stands back and does not even bother to help her man human when we attack him.