You know, I woke up this morning and planned on doing my usual bachelor pup routine. Have breakfast, sniff my parent’s feet, go pee outside (not inside!), flirt with the cute new pomeranian next door, and then maybe watch some Animal Planet on the television.

I had no intention of feeding someone else’s child. I don’t do well with the smol ones, I didn’t have a litter of pups myself, so I definitely don’t want to be taking care of anything besides myself.

Apparently, my wishes aren’t being taken into consideration here. You may be asking yourself “why”… I am also asking myself the same thing.

Who left this little dude here? I mean, seriously you guys?? Am I getting paid for this?

I’d like to at least get paid 7 treats per hour. The going rate for feeding a baby goat is around 9 per hour last time I checked, but I’m happy to knock a few milk bones off.

How long does he need to eat? Is someone going to let him in and out of the house? I don’t have thumbs to open the door, but I do have a lot of questions… 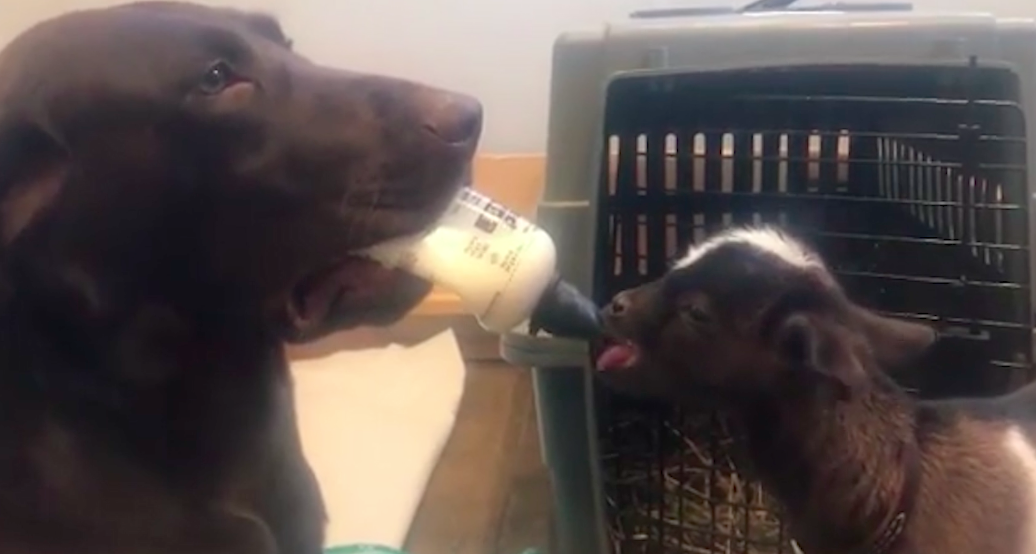 My first question is, where did he come from? There are no goats in this area, so it isn’t like he could have just stumbled upon our house.

Which means… Oh my gosh. I have come to the realization that my parents brought him here. Are they trying to replace me?

Is it because I chewed up dad’s favorite tie last week? It was an accident! That thing was ugly anyway, I was only doing him a favor!

Alright, back to the baby goat. How long do I have to stand here doing this? It seems like he is taking forever to finish this bottle! 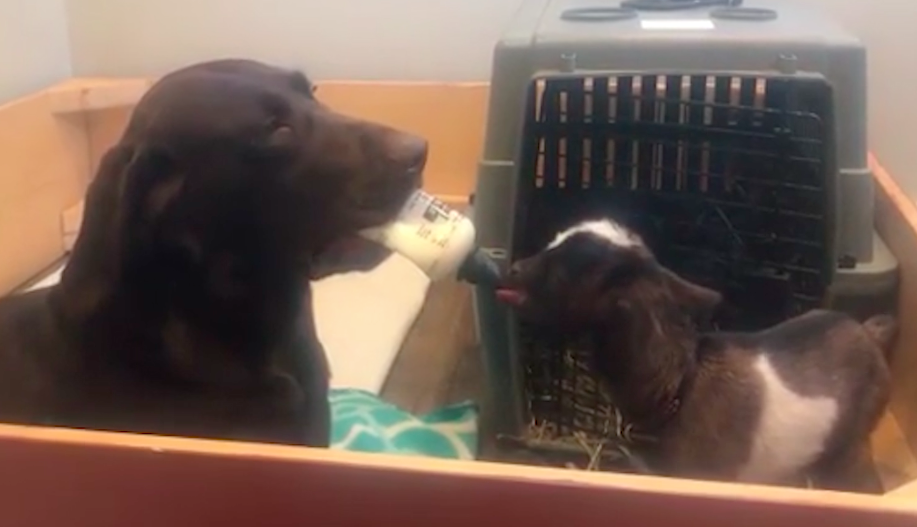 Who brought this big goat pen in here? How did I not hear this getting set up while I was sleeping? I could have prevented this entire thing from happening…

You know what, though? He’s kind of starting to grow on me. This really isn’t even that bad. I just have to stand here and give him his bottle a couple of times a day. I guess I could be okay with that.

If it means having another floofer in the house to watch my favorite show on Animal Planet with, I’ll just learn to love him.

But I draw the line at my treats and my bed. I’m not sharing either of those things with this little dude! You can’t change my mind!