When I smelled the ripe garbage, I was inspired. I told my dog buddy that I had a plan. I downloaded the ideas to the other dog by dog telepathy, which is how we coordinate our efforts.

The plan was to wait until our owner left and then voraciously dig into the garbage to find the food morsels that the humans mistakenly threw away when they could have just as easily handed them to us under the table. 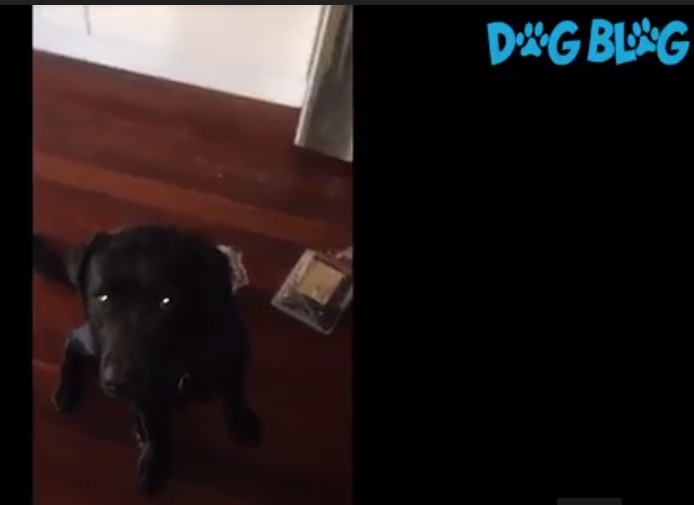 It took a long time for the owner to get ready to leave. We were lying on the floor enjoying the variety of smells wafting from the garbage bin, pretending not to pay any attention to it at all. There was a very close call when our owner nearly went to the garbage and picked it up to take it outside. If he had put the garbage in the trashcan outside, it would be forever lost as we are always kept indoors or on a leash when we go for a walk. 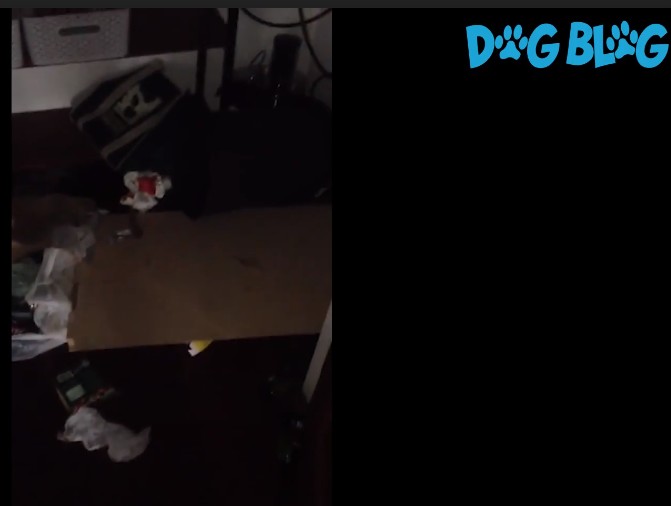 So many times, we passed the outdoor trashcan to smell all that mixture of rotting deliciousness and not be able even to look in to see what was in there for the taking.

We also watched with a sad heart out the window every week when the garbage men came to take the week’s haul away.

After what seemed like an eternity, our owner told us his goodbyes and asked us to be good while he was out, and then he left. He barely got down the front walkway before we nearly knocked each other over, getting to the garbage pail.

The first part is the most fun because we get to spread the garbage all over the place to inspect it individually for its smell and not have all the smells hit us at once. 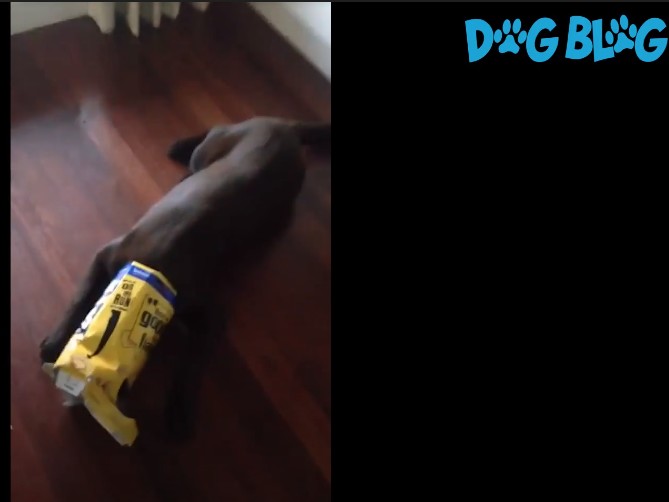 Did you know a dog can smell about 10,000 to 100,000 times better than humans can? I cannot count that high on two paws, but I sure can smell that high. Smelling many things at once makes me feel high.

We were ripping through the garage like a pack of wolves and got a tasty morsel or two for the effort. All was going according to plan until I came upon the cereal box.

I could smell the artificial goodness of the sugary cereal that was still left in the box. Then, I went in – full face and head – to get those tasty bits that were left inside. I enjoyed my treasure trove so much I did not notice the sound of our owner returning until he was in the room with me.

Normally, when we raid the garbage, we leave the mess in one room and go into the other room. Then, when our owner comes back, we pretend we have no idea what happened and try to blame the cat. This time my head was stuck in the cereal box, so there was no way to pretend we had not made the mess. 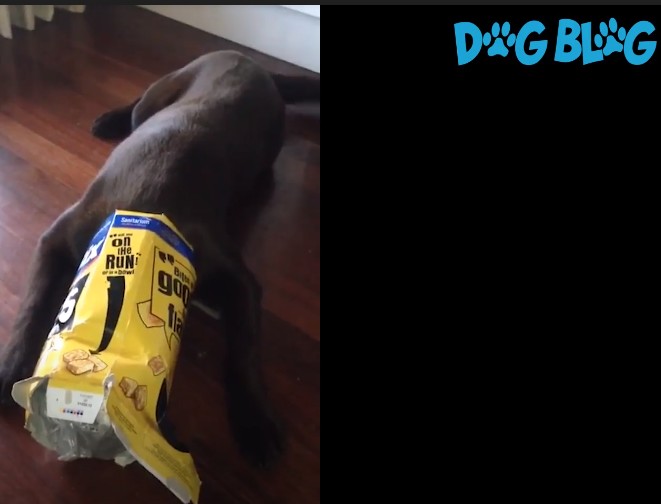 I had to fall back on the tried-and-true method of making our owner laugh so much that he could not stay angry enough to punish us. I wagged my tail when he called my name as if to say, “This is hilarious, isn’t it?”