From an outsider’s point of view, it can be argued that what we are witnessing in this video is a simple comedy of errors.

Our bushy-tailed big brother doggo is trying to catch the shadow on the ground he thinks is terrorizing his baby sister Alexis.

She, on the other hand, is using his impromptu act of bravery to learn the fine art of the bounce.

The result is nothing short of ADORABLE. 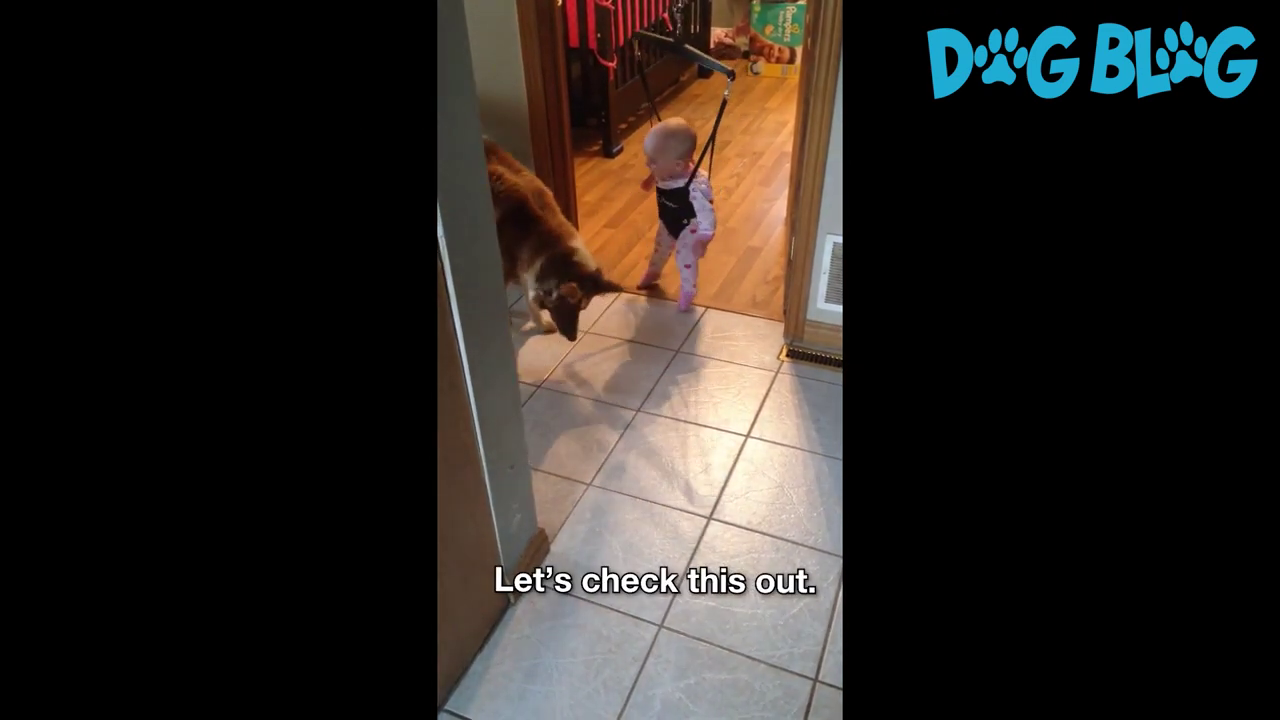 As we all know, a dog is a man’s best friend and most forthright protector. So, when Daykota (the handsome lad you see in our video) was tasked with babysitting little Alexis, he was determined to give the task his utmost.

Before long, he noticed something suspicious lurking on the ground. Illusive – a shadow, uncomfortably close to his baby.

Upon inspection, he discovered that it seemed relatively harmless, and Alexis was unperturbed.

Still, he wasn’t going to let any unwelcome shadows hang around and decided to deal with it promptly. 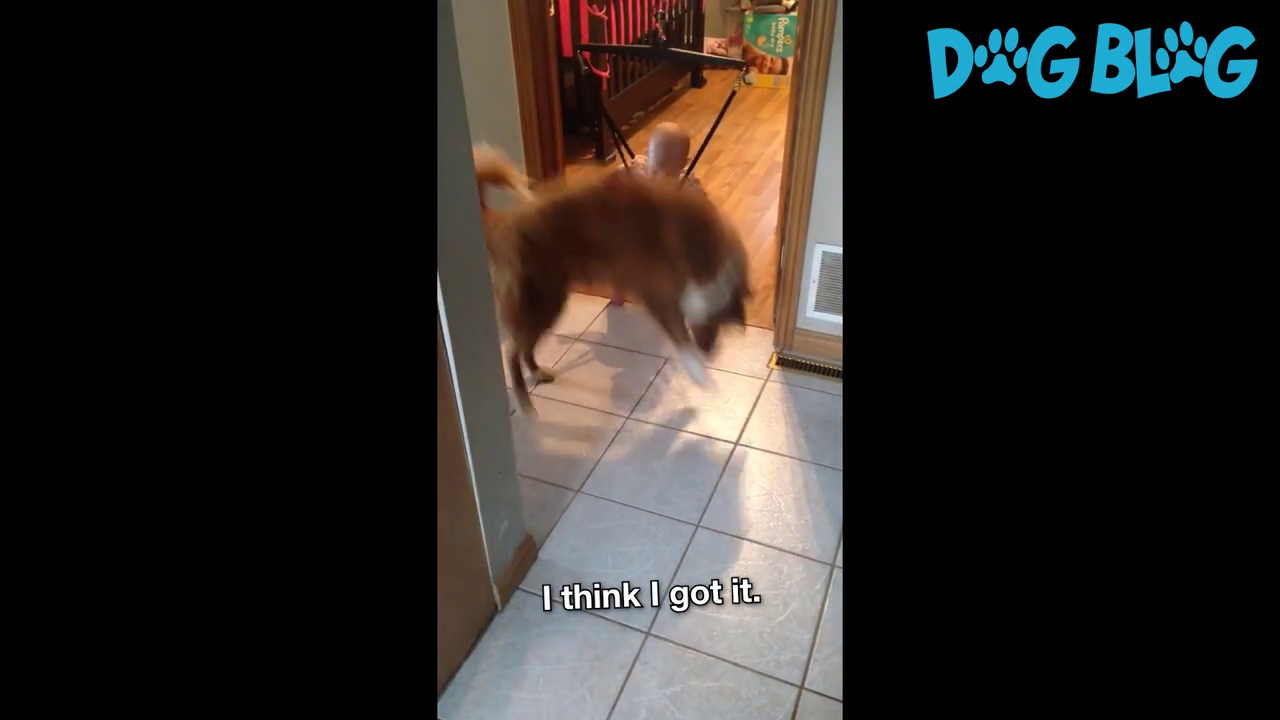 After determining the best angle for his attack, Daykota circled a few times before going in for the pounce.

“Don’t worry, Alexis,” he thought to himself, “I’ve got this. Look, I’ll show you how you defeat unwanted shadows.”

Much to his amazement, Alexis broke into floods of giggles. She didn’t seem even mildly alarmed.

But …uh…the shadow didn’t seem to be going anywhere either. 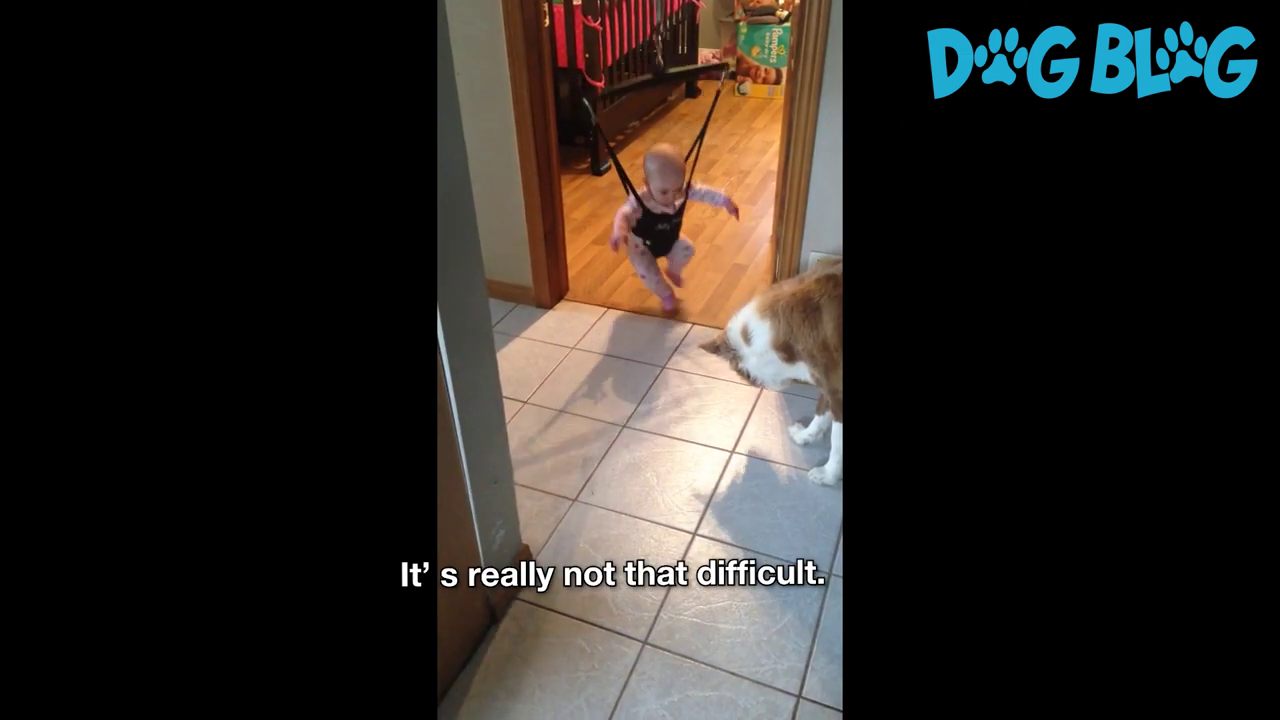 A Change of Tactic

To say Daykota is good on his feet would be an understatement.

When he realized the shadow wasn’t going anywhere, he decided to use this annoying enemy as a teaching moment.

“I’m not always going to be by Alexis’s side to teach her these important life skills,” he later reported.

So, he began to teach her how to bounce (which is kind of like pouncing, just with fewer feet.) 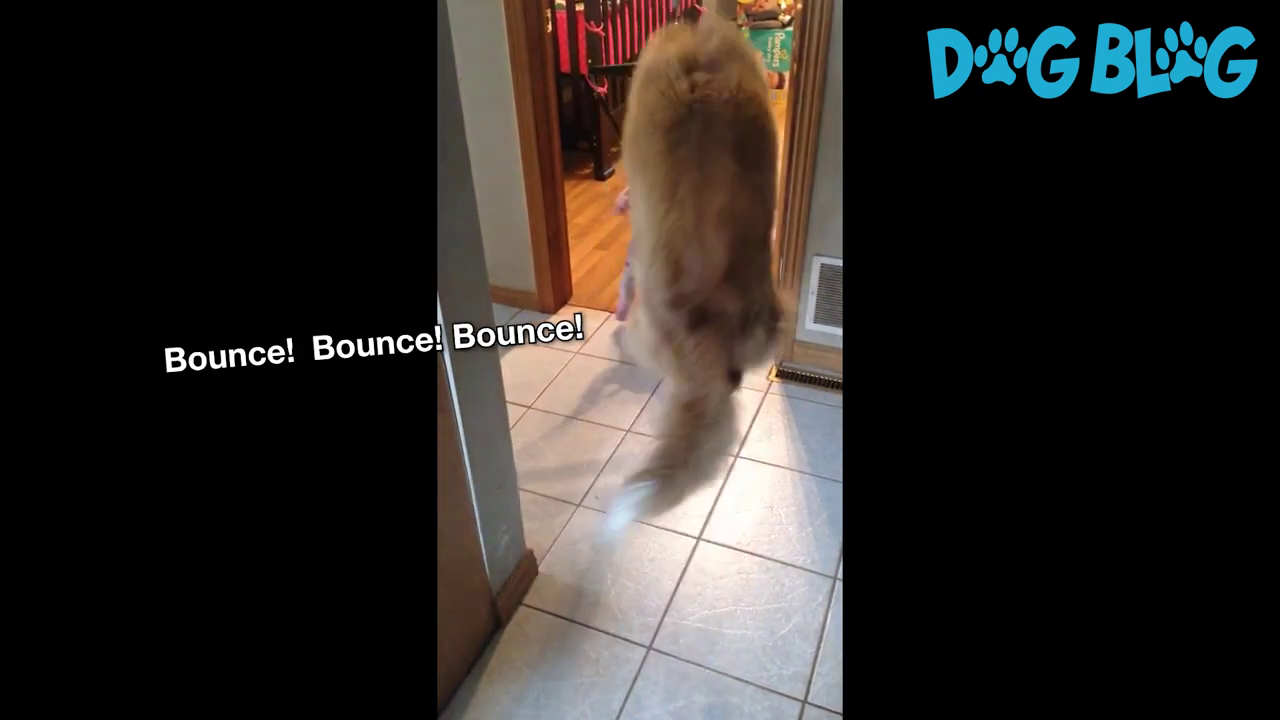 The Student Becomes the Master

Ever the proud big brother, Daykota told us that he had Alexis bouncing away merrily in no time.

“It took showing her a few times,” he stated, “but before long, she was progressing beautifully on her own, and she really seemed to enjoy the process.”

We have to agree. Alexis is the picture of joy and will no doubt continue to use this key skill in her life moving forward.

After all, you never know when you may need a good old bounce, and who better to teach you than a master shadow pouncer himself.