I gotta say, I’m a pretty lucky dog. I get to play all day, and I get plenty of fresh air and room to run around.

Ever since my human had a smaller human, life has been even better. Over the last few years (a decade for me), we’ve been inseparable. I’ve helped him learn how to walk, and now he even knows how to play games!

One of his favorite games is “baseball.” I see him watching it on the TV all the time with his dad. So, whenever we’re outside, that’s all he wants to do. And I’m there to help. 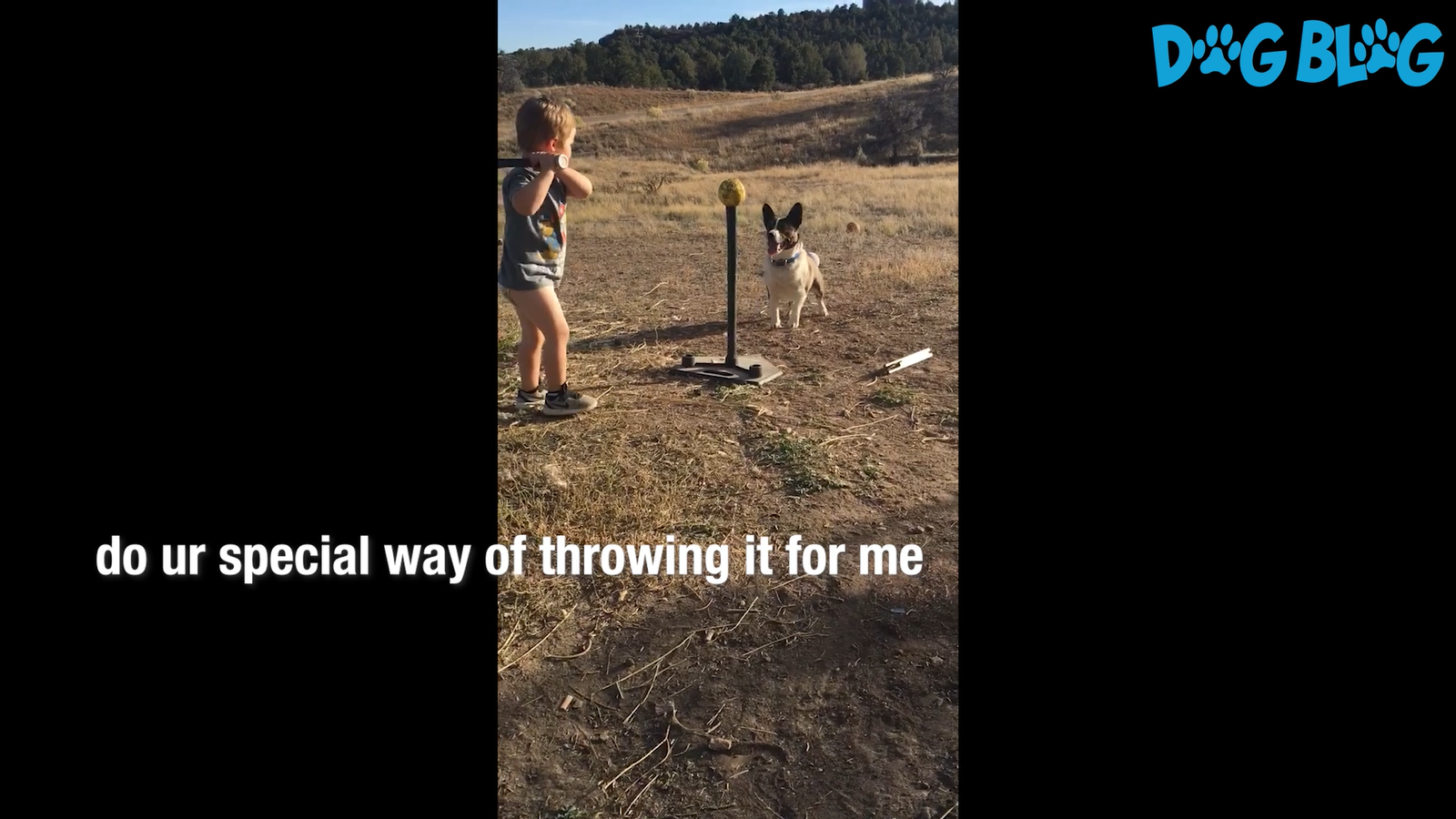 So, I don’t know much about baseball, but I know that someone hits the ball, and another person catches it. There’s a little bit of running, and it seems like the ball is the most important thing on the field. I understand completely.

Even though we’re missing a few players, I’m helping my little human get better at hitting. He places a ball on a stick, then hits it with another stick. The ball goes flying, and I run after it! I know that humans usually catch the ball with their giant hand, but I don’t have that luxury. Luckily, I don’t mind the taste of dirt, so picking it up and carrying it back is no problem. 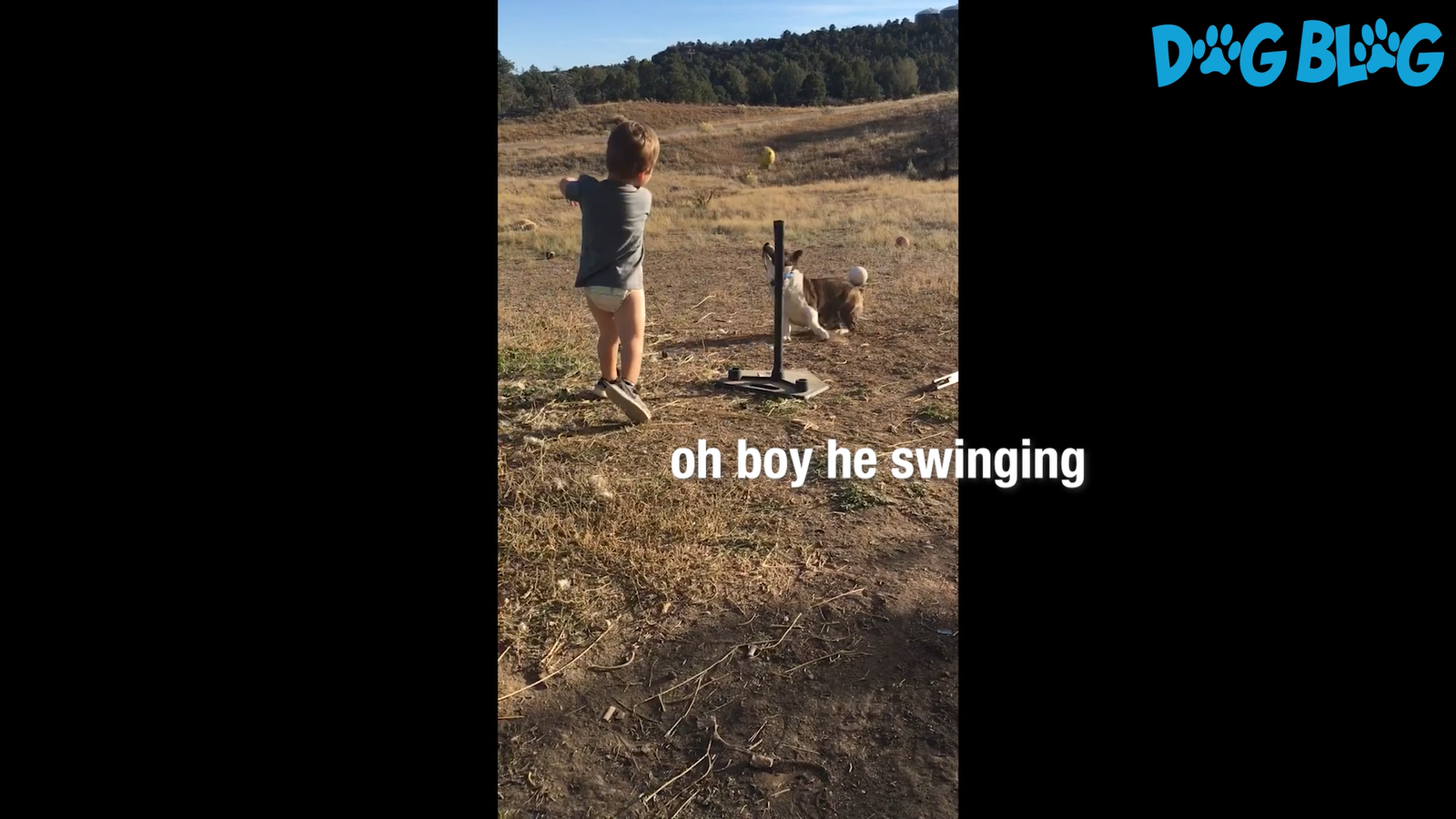 Since my human is so small, he’s still getting the hang of things. He loves to copy whatever he sees on the TV. I don’t understand what he’s doing, but he seems to know. Like when he reaches down in the dirt and wipes it on his hands and legs. I think some of the TV players do that.

I know that I like to roll in the dirt to dry off or scratch an itch. But, I wonder if it’s the same thing for them?

Whenever we do practice baseball, we’ll play for hours until it’s time to go in and eat. While my tiny human usually hits the ball without any problems, sometimes he can get a little clumsy. I think that stick he’s using is too big since it can cause him to spin around if he misses the target. 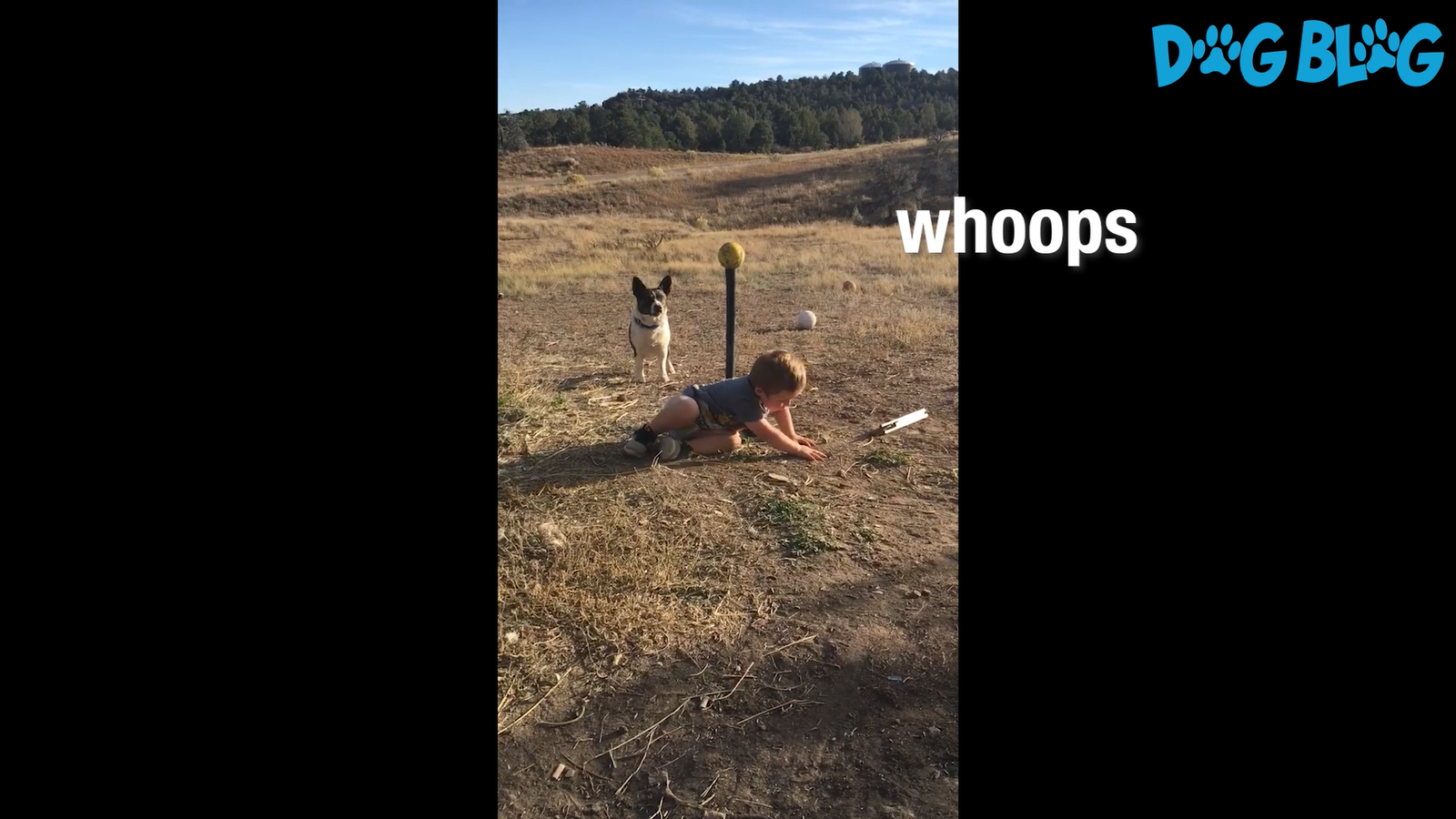 But, just like me, he gets back up and does it again. A little dirt never hurt anybody, so why get upset?

I just know that one day, he’s going to be on that TV, and we’ll be watching him play. It’ll make me so proud.

I wonder when his hand will start changing colors and growing, though.