Ah, the ocean. The sounds of waves crashing on the shore, the caws of seagulls flying overhead, the smell of fish and salty air – it’s paradise. However, while most dogs don’t get to experience the ocean, my sister and I are pretty lucky pups. Our human takes us out on his floaty device, and we just ride the waves all day long. 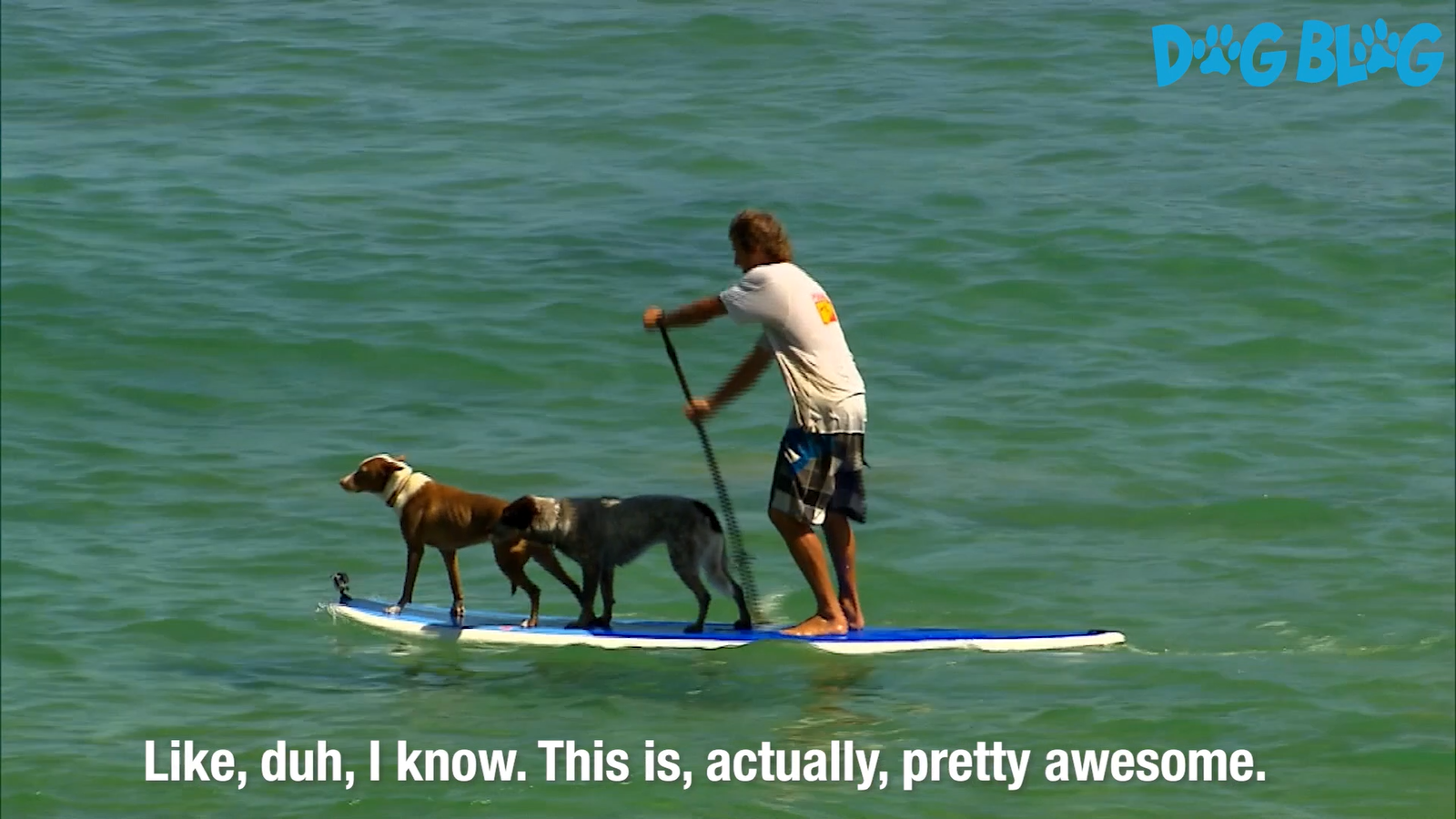 At first, we were pretty hesitant. Being on that floaty thing was scary and unnatural, and it took a few tries to get used to the feeling of bobbing up and down. Usually, I’m a land dog, and I like stability. However, once I got used to the water, I was hooked.

We’ve been surfing for a few years now, and every time we go out, people stop and stare and watch us. In the beginning, it felt a little weird, but now I’m so used to an audience that it would be stranger if no one paid attention. 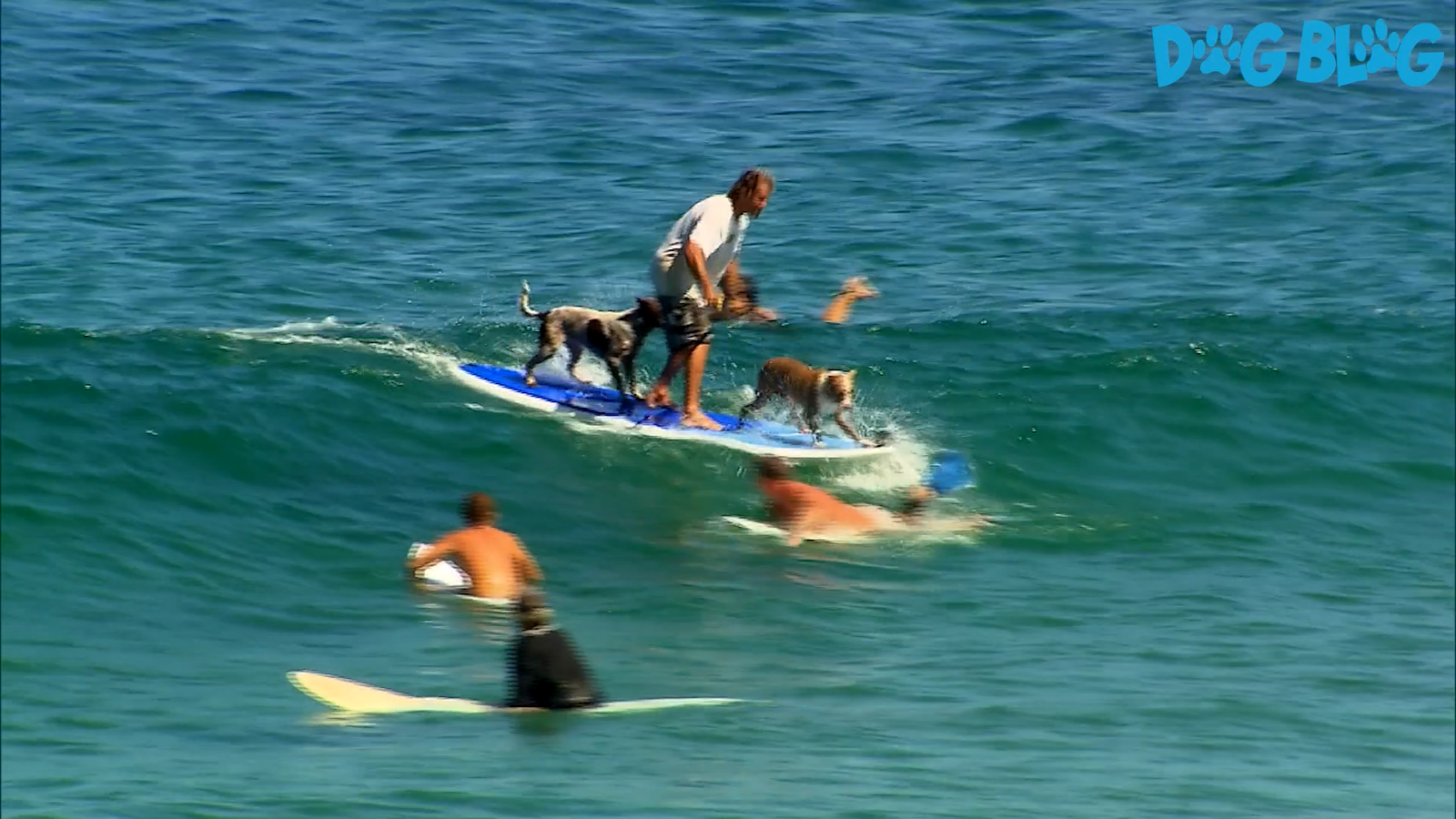 As you can imagine, our human is pretty extra, having us surf on this floaty thing with him. However, that’s not even the whole story. Once we got used to the water, he had us start jumping over him. I’m not sure why, but it’s kind of fun, and everyone around us is always super impressed. I’ve even fallen in the water a few times, but it’s still a bunch of fun. 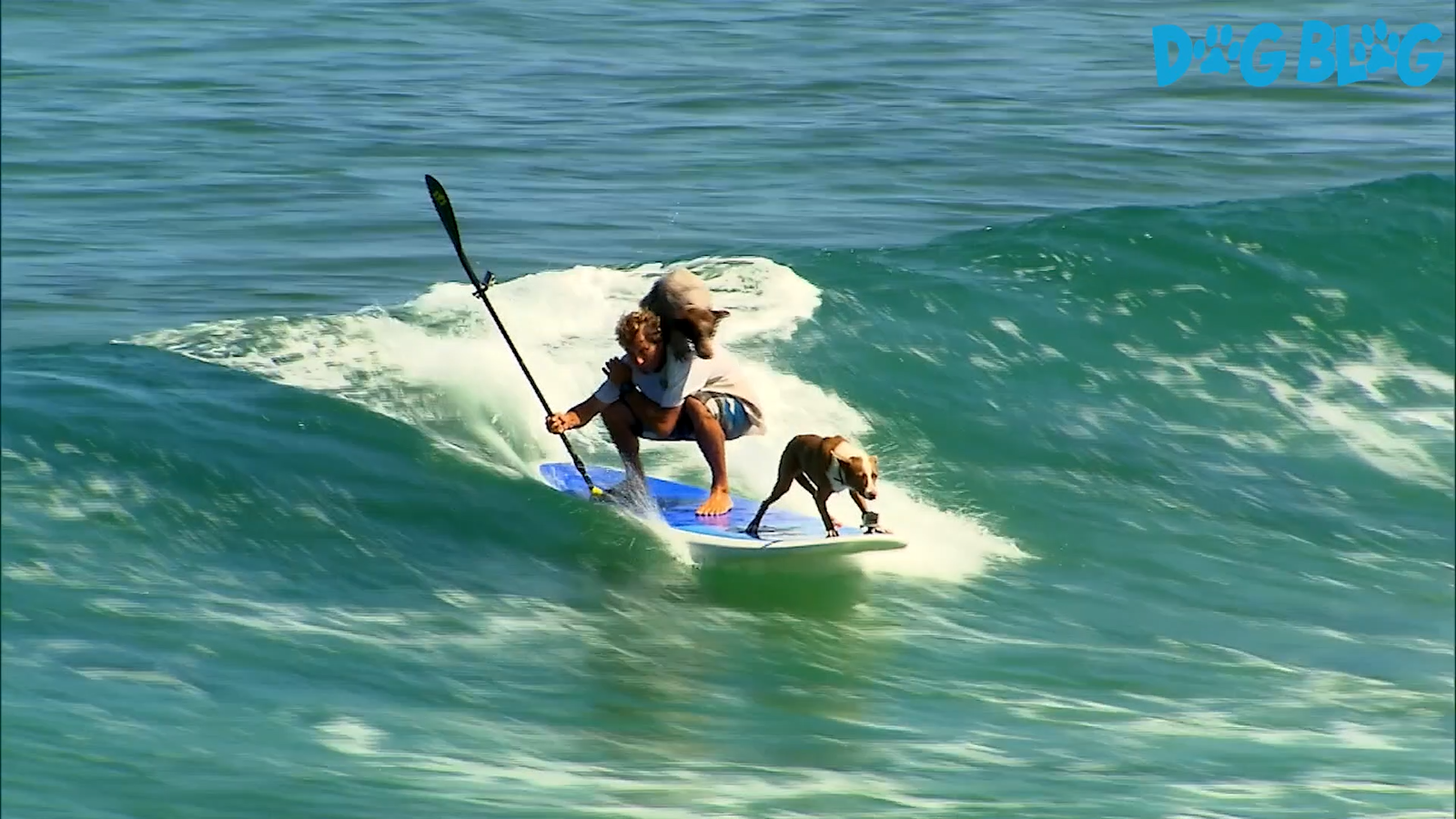 If I had one complaint about surfing, it’s the feeling afterward. I’ve always wondered what it feels like for humans who have so little fur on their bodies. It seems like the water just rolls off their skin. Unfortunately, for my sister and me, the saltwater likes to linger, making us stink.

I remember a few times after we were finished, we went into town for some treats. Everywhere we went, people complained about our smell. Since then, our human makes sure to wash us as quickly as possible when we’re done.

While it’s a lot of fun being on the floaty thing, I’ve seen humans ride much bigger waves than us. Sometimes, the wave is so large that it swallows a person whole! I remember feeling so scared the first time I saw that. But, after watching a few people do it, I kind of want to try it myself. Maybe my human will teach us how someday.

Until then, though, I’m okay with us being the two coolest dogs on the whole beach.