So, uh, you ever just see your favorite toy and just ATTACK? Like, you get so excited you can’t stop yourself from roughhousing and playing until you’re blue in the face? Wellllll, my buddy and I may have had a moment like that earlier today.

See, my human got these incredible new pillows for the couches, and they are just amazing! Soft, fluffy, cuddly – and full of fun feathers! Feathers are to dogs what bubbles are to humans. It’s just so satisfying to see them flying around! And best part? You don’t have to worry about them popping and going away! Who could resist all that? 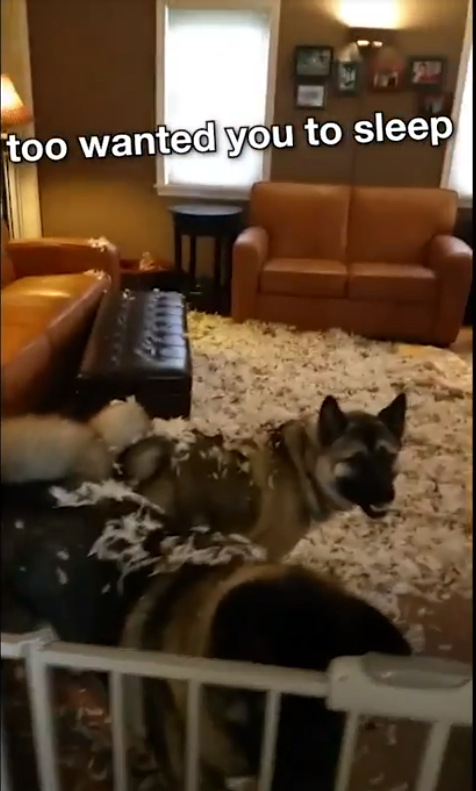 Turns out my human didn’t like that. She likes to use her pillows for sleeping and relaxing on. Which… is fair, I guess… but then why so many??There’s only one of her and two of us! That’s three total, but then she got like four or five pillows! She didn’t honestly expect us to just leave so many pillows alone, right?

Well, judging by how angry she is, I guess that is what she thought!

And to be fair, we were kinda sneaky about it. We ended up tearing the pillows when our human was sleeping. But we couldn’t help it! There was nothing good on TV, we couldn’t go outside, and all of our other toys had already been played with. Every chew toy chewed, every squeaker squeaked, every ball thrown and fetched. What else was there to do??

But boy oh boy, are we paying for that choice. Our human is ripping mad. Worst of all, she got her shiny little rectangle, too. That mean’s she’ll be able to remember this moment forever! We’ll never live this down. 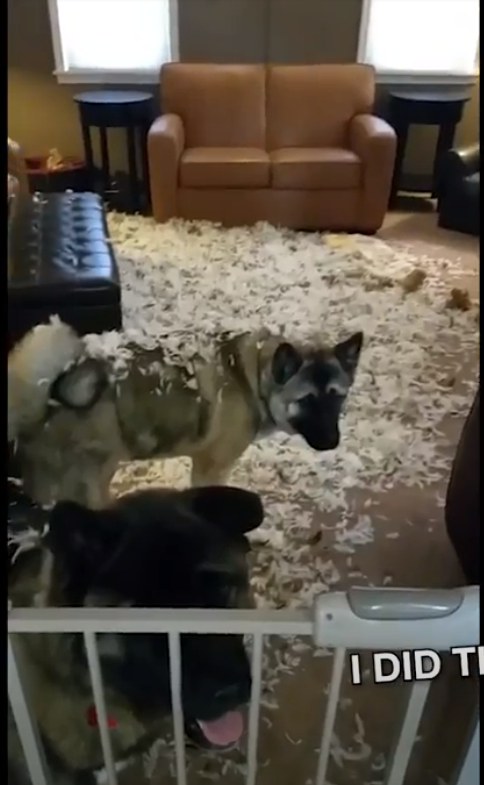 At least she seems to be calming down now, especially after she put the rectangle down. I think she noticed how bad we felt, and decided to let it slide. Phew! I thought we were gonna get in big trouble for a while there – she almost threatened to take away our favorite snack for a week!

I have to say, I felt bad that she had to clean all of it up. My pal and I tried to help where we could, moving things aside so she could sweep. We also held the dustpan in place so she could sweep everything up off the floor. Before we knew it, the place was all cleaned up again! And our human made sure to move surviving pillows to her room. Probably a smart move.

Our treats didn’t get taken away, though! We still got our bacon snack reward as thanks for helping.