Normally, I like to stick to the simple stuff. When I go to eat, it’s kibble or special treats. Call me boring, but I know what I like! And I like to keep things the same.

But sometimes I’ll get a different kind of treat from my humans – fruit!

Now, fruit is something I can only eat in small amounts. My humans don’t want me to go overboard. Which is a shame, because I LOVE fruit! And my absolute favorite? Watermelon!

Watermelons are just so sweet and juicy, and it’s fun biting into them. They almost melt as soon as you bite into them, which just makes them sooooo satisfying to eat. And then they’re so colorful, too! I see why humans make so many clothes and jewelry that look like watermelons – they’re just so darn pretty to look at!

I Had to Get Up on the Table

And then my humans like to serve us all at the same time. No furry friends getting a time out or eating by themselves when it’s watermelon time! We all sit at the table and have our dessert together.

One small problem, though. They don’t have doggie-friendly seats here!

I know what you’re thinking: “why not just sit on the grass?” Well, good question. For special occasions like this, I think seats or even cushions are in order! I mean, the humans get chairs and a tall table!

Well, I shouldn’t complain when I’m getting sweets. But in situations like these, I’m always tempted to get up on the table. I just get so excited with special treats like that! 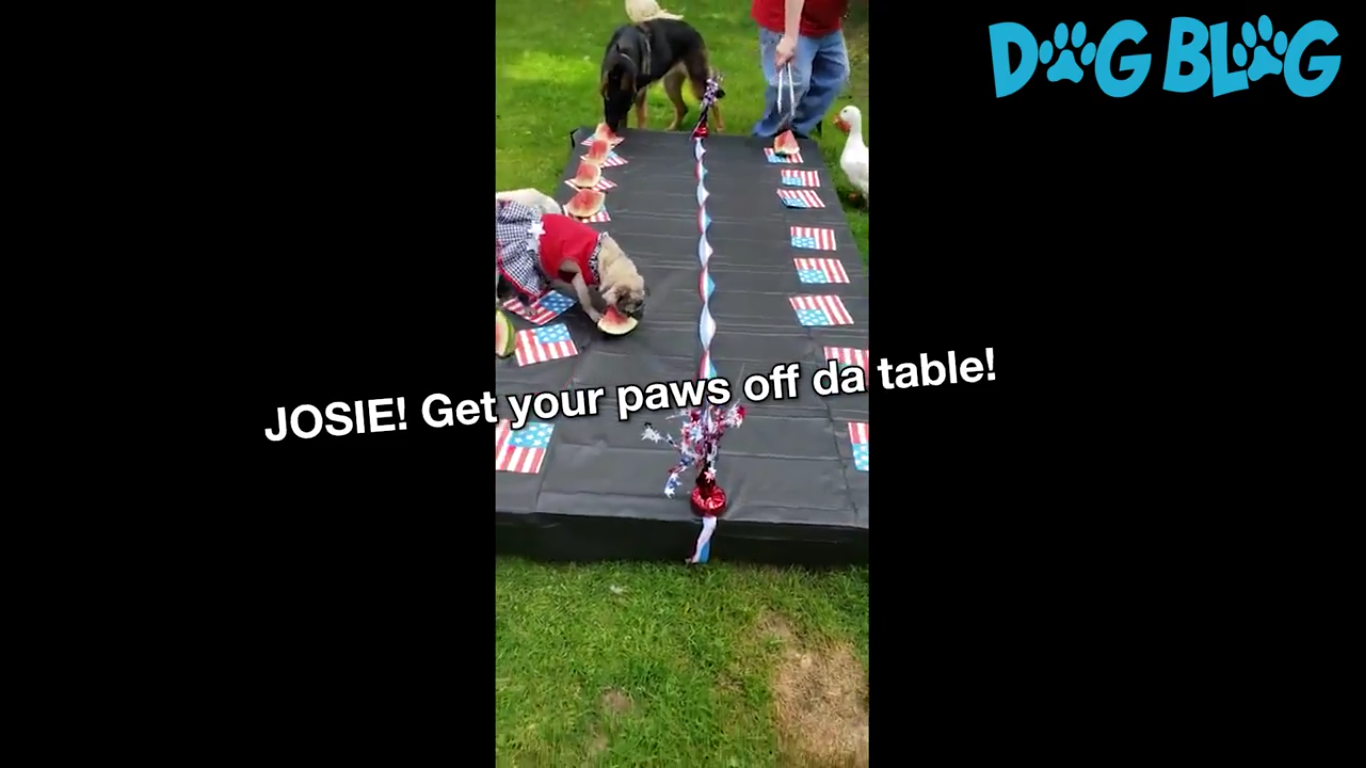 Whenever I do that, other pets in the family just start following suit. Some scream for ice cream, but we scream for watermelon!

The Chickens and Ducks Are Eating Some Watermelon Now

And of course, where there are sweets, there are bound to be thieves! Whenever my humans and I are eating outside, the neighboring animals always try to stop by for a bite! Usually the birds, because they can fly and run away quickly.

We Have to Try and Not Make a Mess

The thing about watermelon too is that it can get messy. It’s a watery, slippery snack after all, so sometimes it’ll slip all over the table and get things wet! The best we can do is try to be careful when we eat, but with all these pets and wildlife eating togther, it never goes down that way!

But over the years my humans have learned to take precautions to keep things clean. 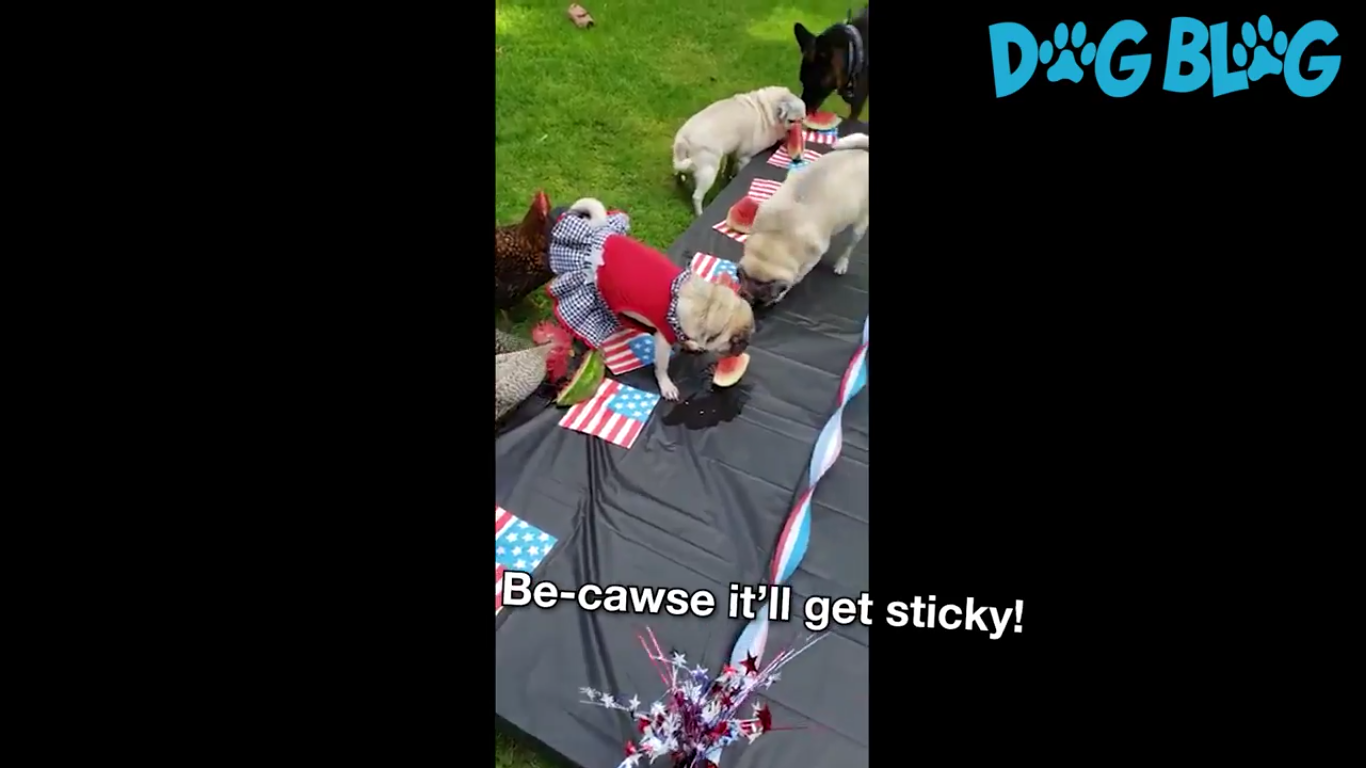 I Responded With My Own Joke

Well, every time we get together it’s a fun day! I always look forward to these gatherings, even with the chickens and the ducks! Watermelon is such a rare treat for me, I don’t think there’s anything that could make days like these un-fun!

Well, except running out of watermelon!