Ever flown? Ever left the ground and sailed through the air? Ever been paragliding?

‘cept, she failed to tell me that paragliding means hanging from some ropes from a square umbrella thingy and going up, up, up. 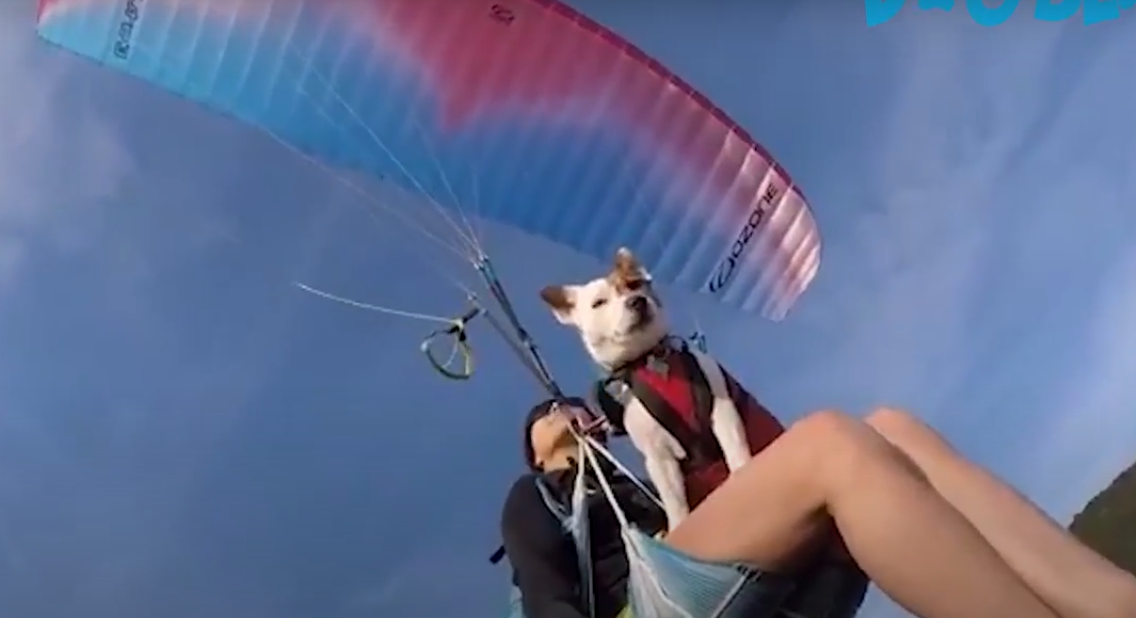 Actually, it’s not that simplistic. Firstly, my human was dangling, not me. Then, there were lots of ropes attaching her to the umbrella thingy (which I now know is a parachute).

Secondly, my human also wore a diaper thing made of straps. She really was quite safe.

At least, I hoped she was – seeing as I was strapped to her. 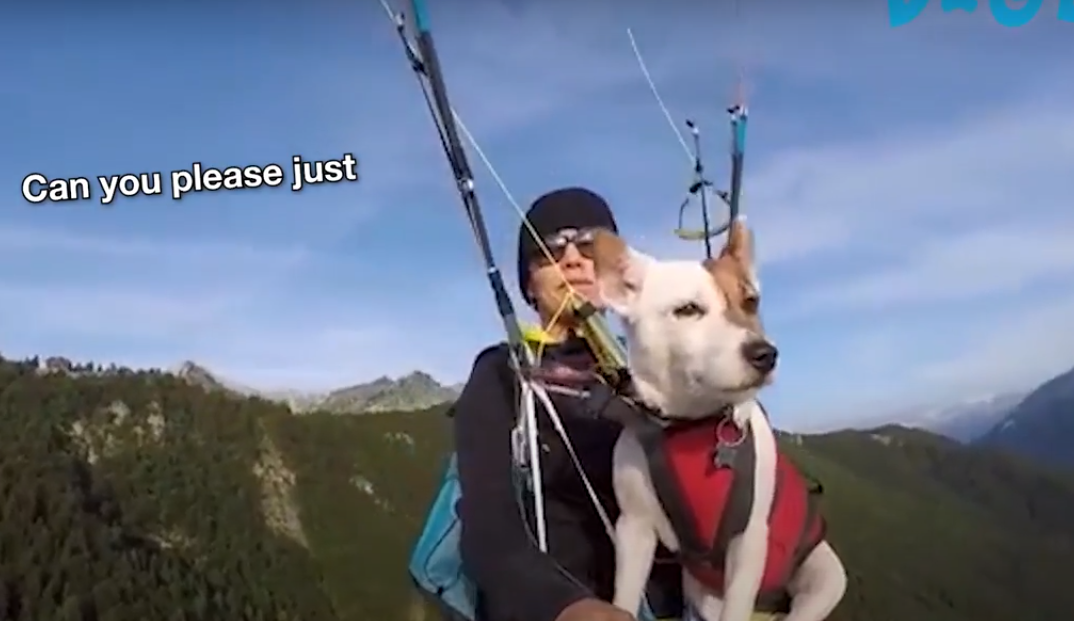 So, there I sat – the lord of all I surveyed. I didn’t have to pretend to be quite calm. Up there, away from everything and everyone, it’s really lovely and quiet. The only thing you can hear is the wind. And the beating of your heart.

Then, listen to this, my human decided to look for fleas in my coat. WHAAAT??!!

Then she also kept on focusing on her selfie stick. That means that she was videoing me all the time we were up there.

Could she please just concentrate on the flying! 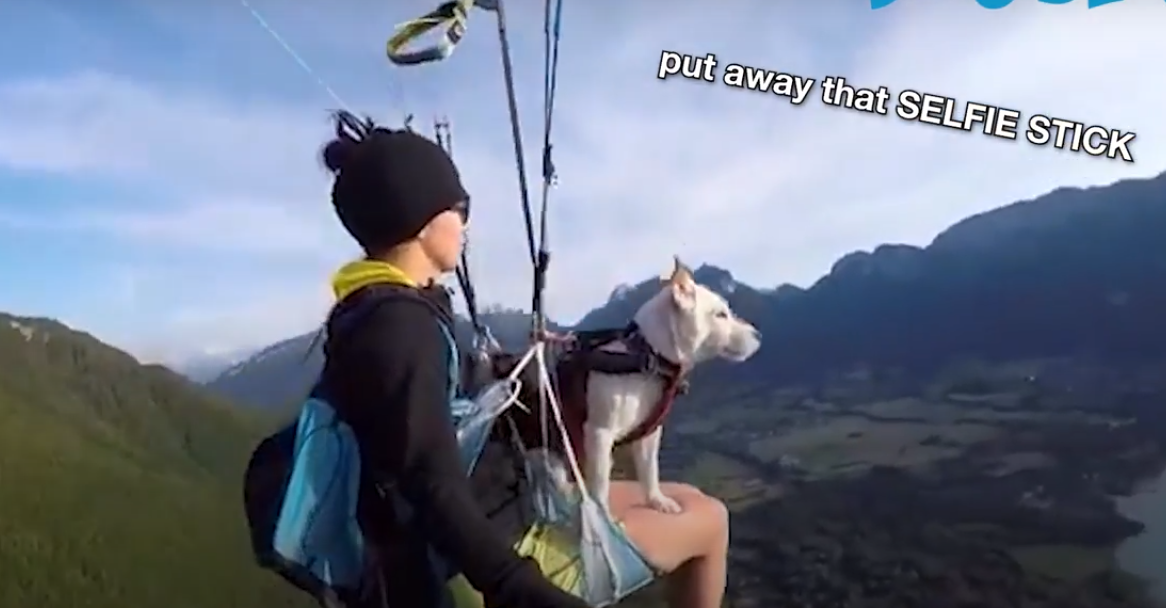 Once, I was watching a program about wall climbing with my human. They were teaching people to climb these walls with things that stick out. The whole way through, they kept saying ‘Do not look down’. It has something to do with the height and feeling frightened about being so high above the earth.

Well, they weren’t even a hundredth of where we were up in the sky. (At least, that’s what it felt like.)

Funnily enough, looking down from up there was actually very beautiful. 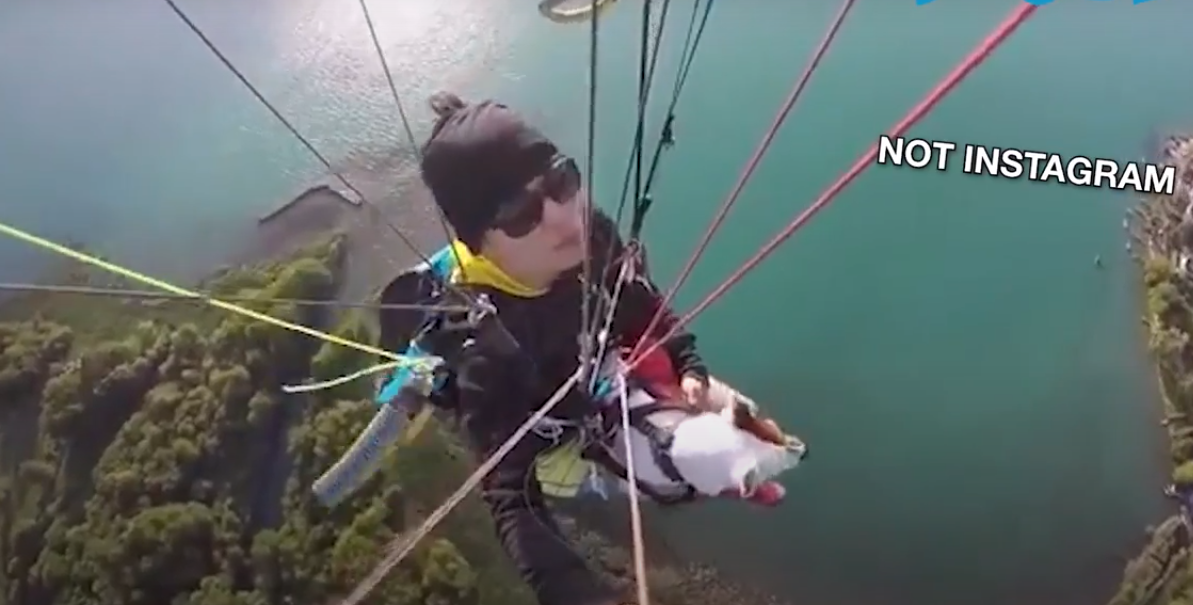 I am worried that my human didn’t actually look at the view, because she was so busy with her selfie stick. I think she wanted to put the whole thing on social media.

That made me more nervous than the height did! I don’t want anyone to see me looking worried, so I just made sure I looked cool and collected, even though we are so high.

When I watch the video with my human, I hope that I don’t even see myself, but only the view.

What a magnificent feeling being up here. We were up, up with the clouds. Above the birds. Free and easy.

We were flying free.