They say you get cat people and dog people. As well as being a dog, I am also 100% a dog people. My mom, unfortunately, seems to be both. I won’t hold it against her too much, but I will say that I had to suffer a tremendous humiliation the other day the likes of which I’m not sure I’ll ever recover from.

The horror is quite unspeakable.

She tried to teach me how to…meow.

Why Is This Happening To Me

So, the other day I was just going about my business as I usually do. Stopped by to check on Mom and see how she’s doing. I sniffed a treat and if I hang around for long enough, she usually gives it to me. She also had her clicky, which she likes to use to remind herself that she’s learnt something new.

I’m not sure what came over her that day, but it sure wasn’t pretty.

Out of nowhere, she started asking me to make this funny sound. It took a while for me to catch on to what was happening. 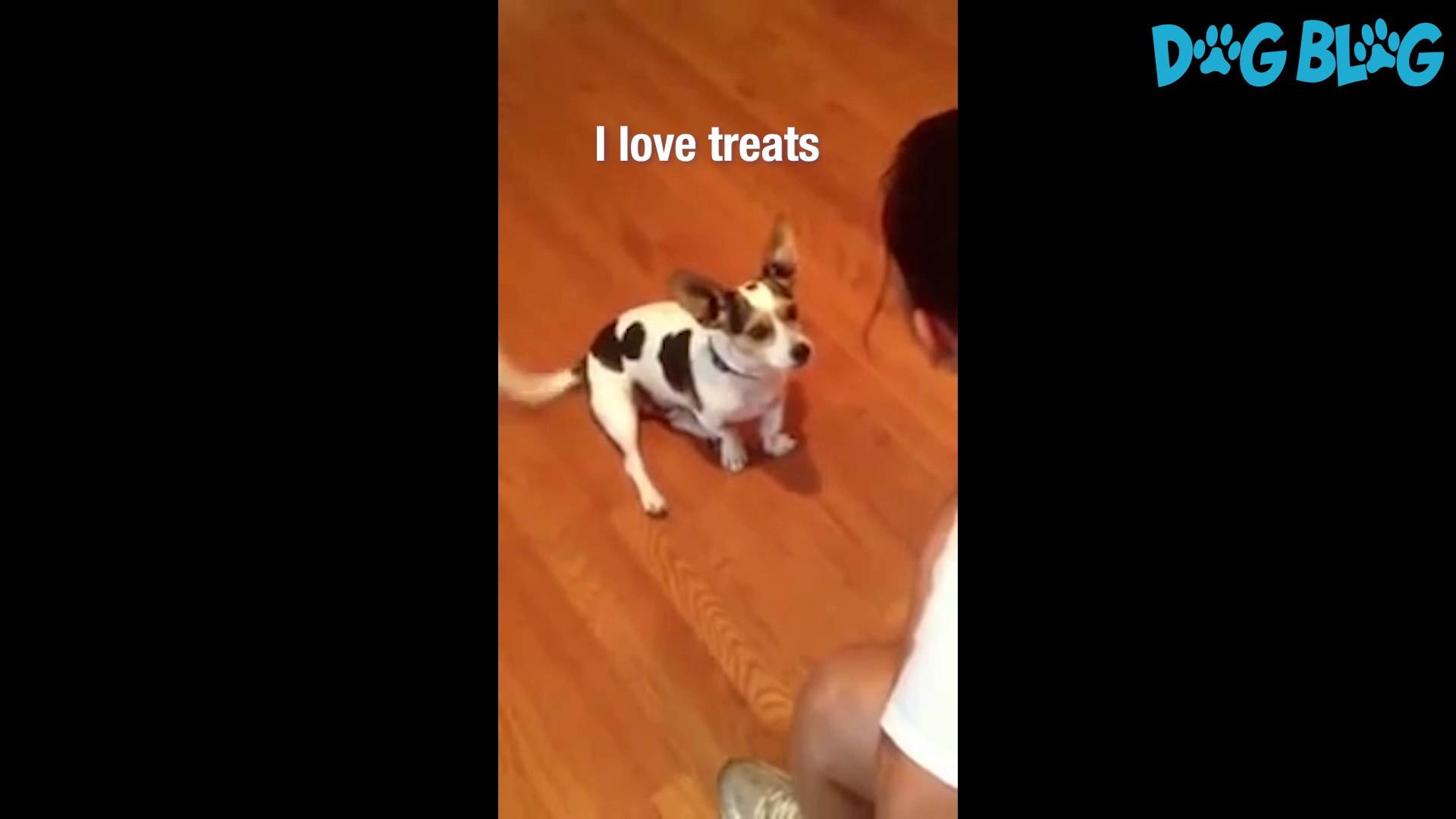 There I am sitting on the floor in complete disbelief. She kept asking me to meow! I tried to talk her out of it. I showed her how to bark but for some reason she couldn’t quite get it right.

You know – I swear the cat is behind this. He’s probably been filling her head with all sorts of silly ideas and now she won’t stop meowing. I guess my only option is to play along for the sake of treats. 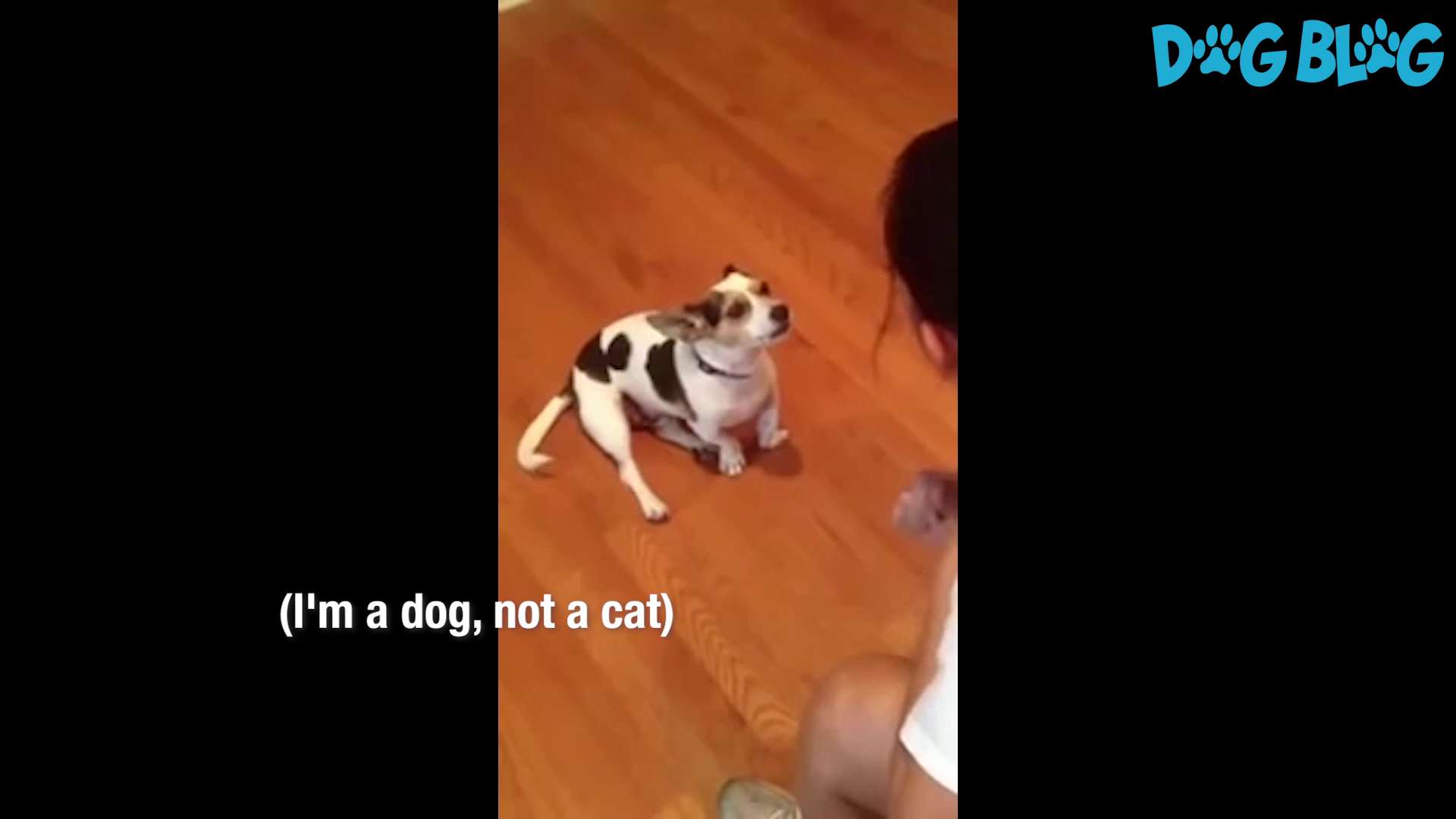 Look, I don’t mind making the occasional sacrifice, especially when it comes to treats, but this is ridiculous. I don’t know what that dang cat has been saying to her, but every time I imitate it, she seems so happy. And she gives me more snacks. Am I stuck in some sort of time warp?

I remind her once again that I am in fact a dog, but she’s just not having it.

The cat has brainwashed her.

Oh dear, whatever will the neighbors think. 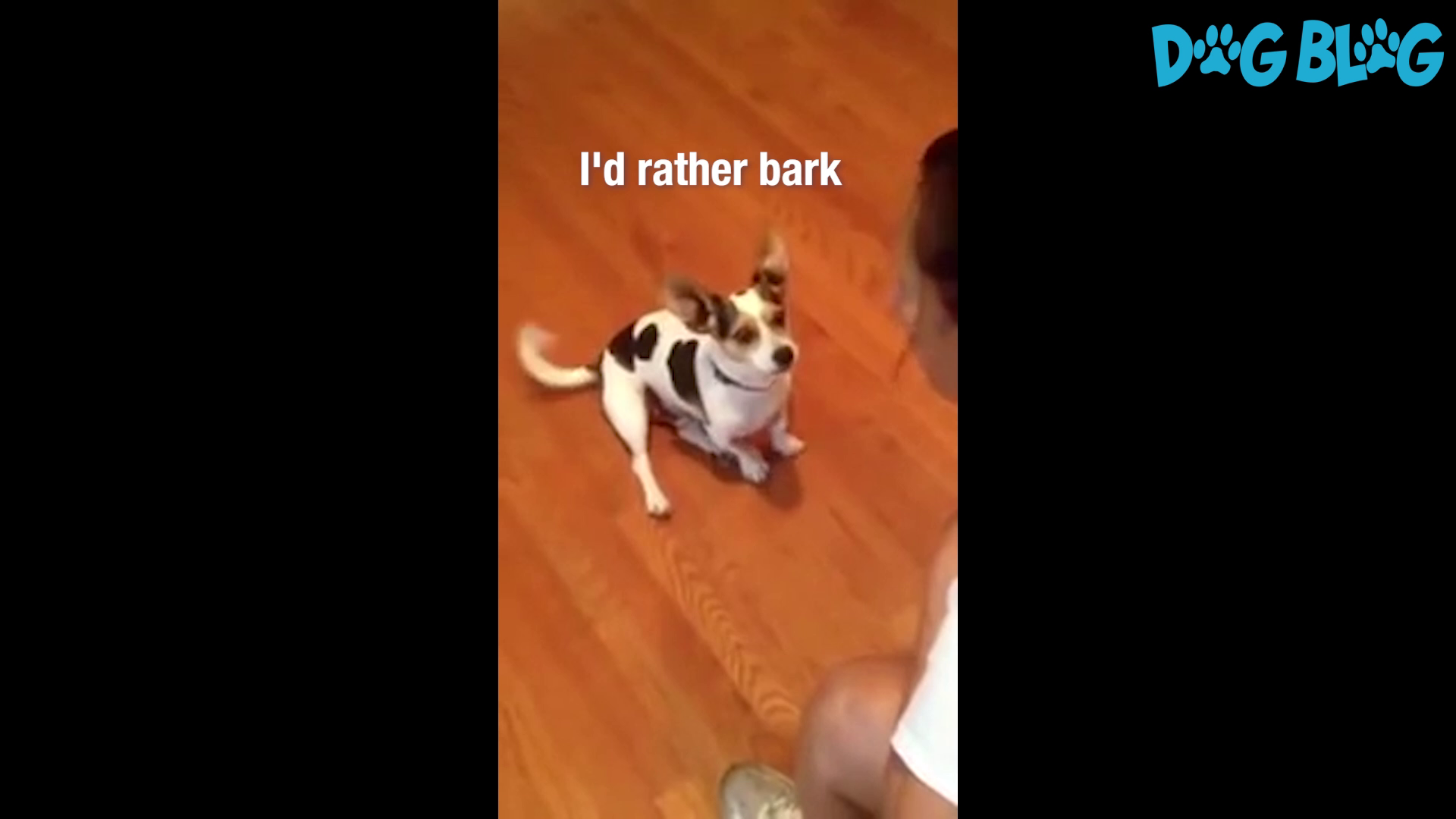 The Path Of Least Resistance

After much consideration I decided just to give in. I am a doggo of moral standing and integrity, but when it comes to treats, well, I’ll do what I have to do. Do you blame me?

I’ll tell you one thing, when I find that cat, I’m going to give it one heck of a piece of my mind.

Who the meow does he think he is anyway?!