Sometimes, being a dog is so much fun.

I live with a human family – two big humans and two tiny humans. The little humans (called “kids”) are always playing around with me. We hang out all the time and get into fun and zany adventures. I think they’re like human versions of puppies – they’re young and full of energy, and they love to mess around. 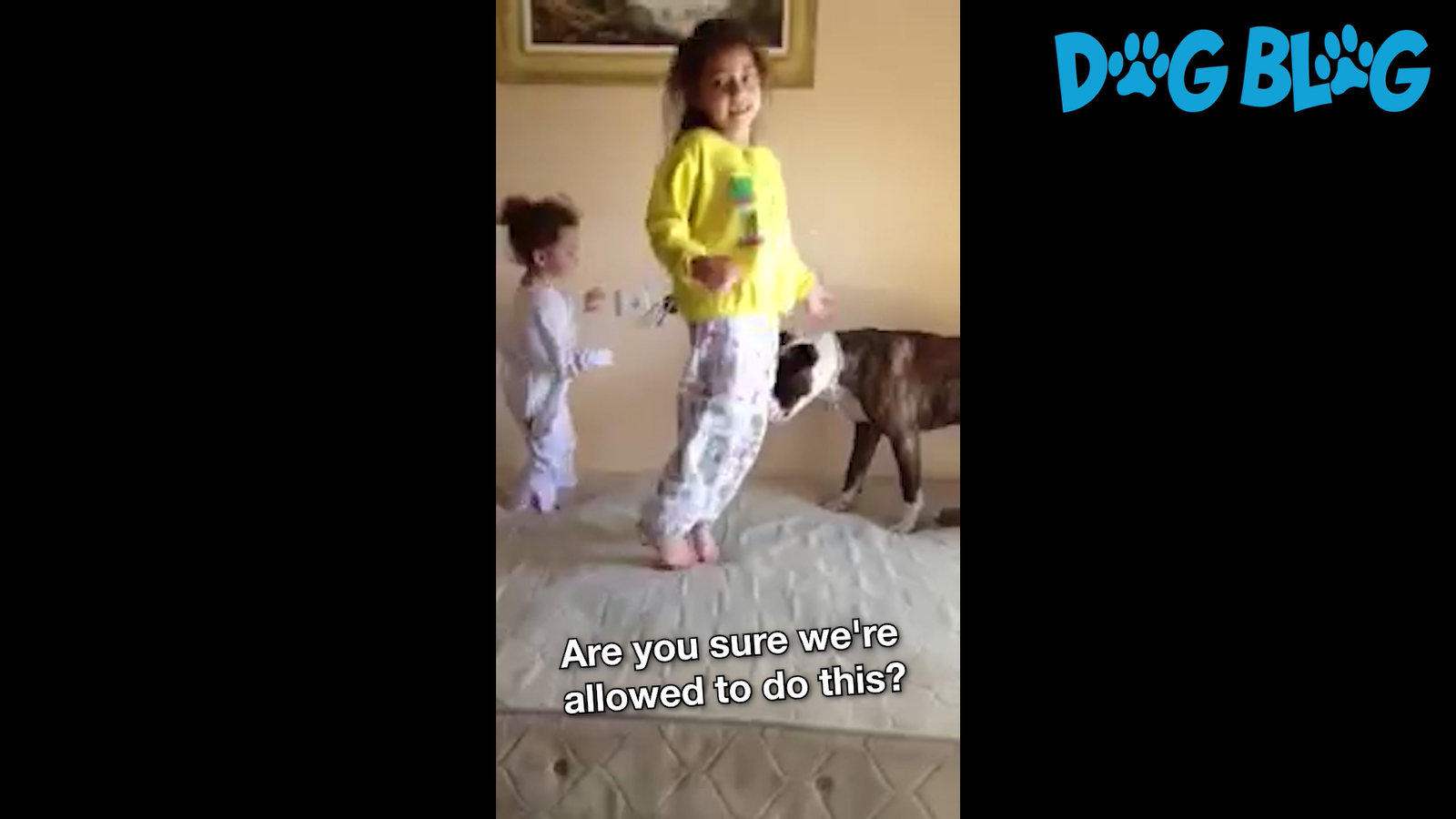 The other day, we got into some shenanigans – the jumping kind of shenanigans.

The older humans had put a bed on the ground. I’m not sure why they did it – maybe they wanted to go to sleep there for some reason? Anyway, they had placed it there, and the younger kids started jumping on it.

Being a curious dog, I had to take a closer look. They kept jumping, and I noticed that the bed would sink down and then spring back up, like it was made of rubber. 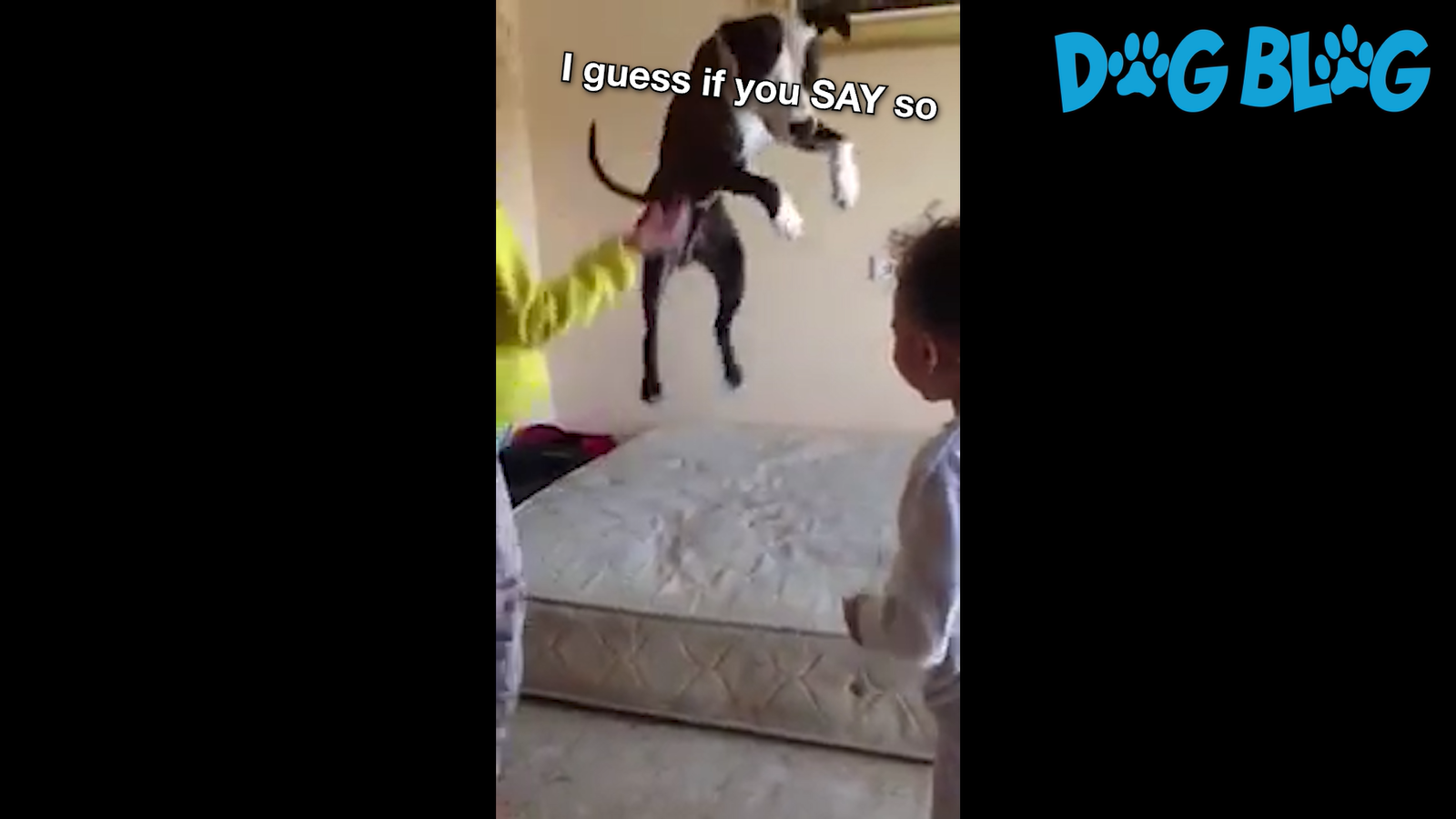 I know about rubber because my favorite toy is made of it. No matter how hard I chew on it, it doesn’t look any different, and it always bounces back.

But back to the bed. The kids jumped for a while, and then they invited me to do the same. I walked on the surface for a little bit, trying to figure out how it worked. Then, once I felt ready, I leaped into the air, trusting that it wouldn’t hurt when I fell.

To my surprise, I bounced back up!

The sensation was incredible! I’ve never felt anything like that before! I had to keep doing it – it felt so fun and exciting. I can see why the kids were enjoying it so much. 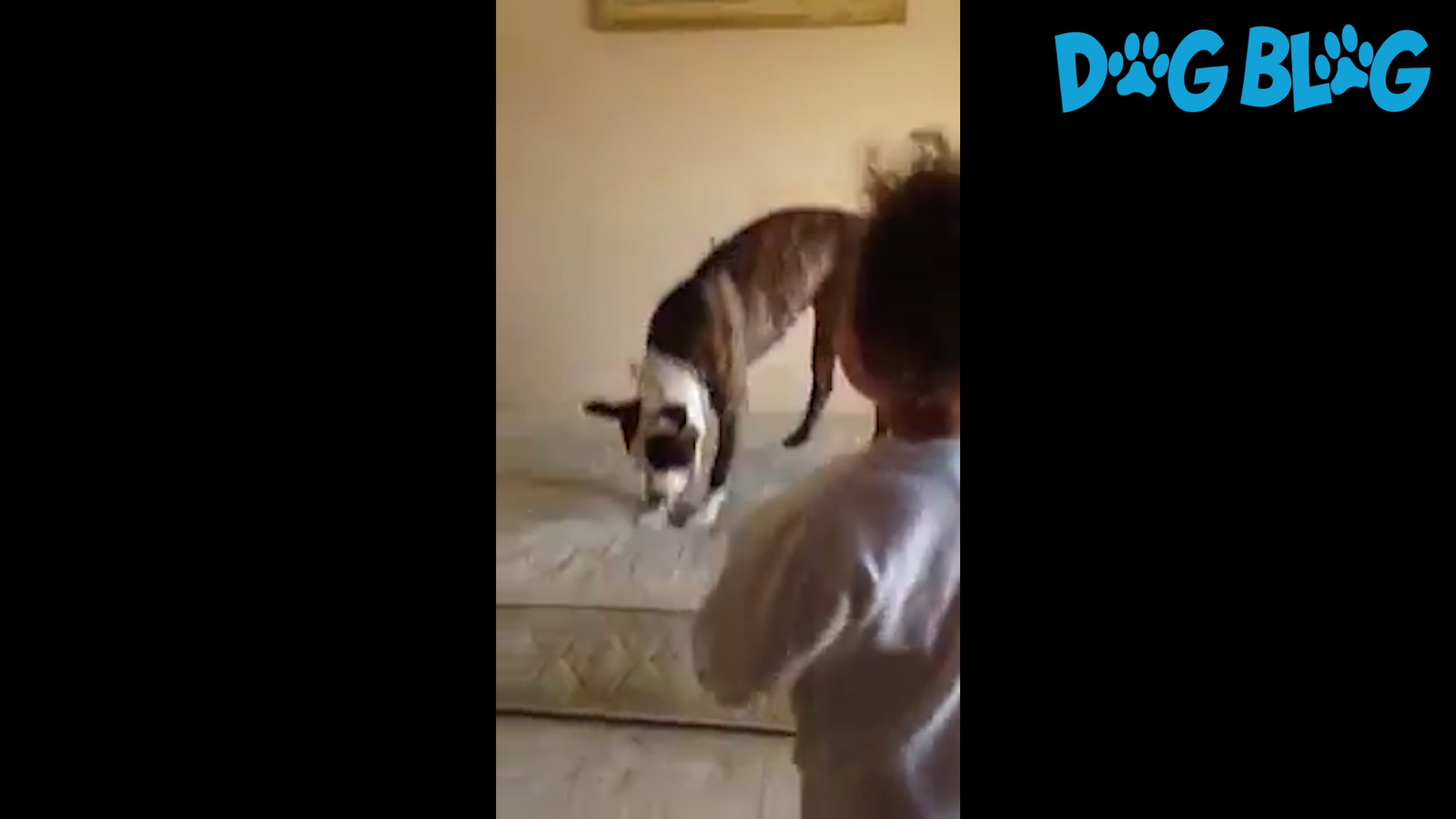 But it’s kind of odd, actually. I’ve seen the little ones jump on a bed before, but one that was in their own rooms. That time, though, the older humans told them to stop? They said it was pretty dangerous and that they would ruin the “mattress.” Is that what those things are called?

I wonder why jumping on the bed is such a problem when it happens in their room, but not on the floor? If anything, this floor is much harder, so they have a higher chance of falling and hurting themselves.

A dog who loves jumping on the bed. Plus, I always have the house to myself when my humans go to work and school. I think I’ll try jumping on their beds…