It’s a bird, it’s a plane, it’s a – well, that might be where more than a few people get stumped… 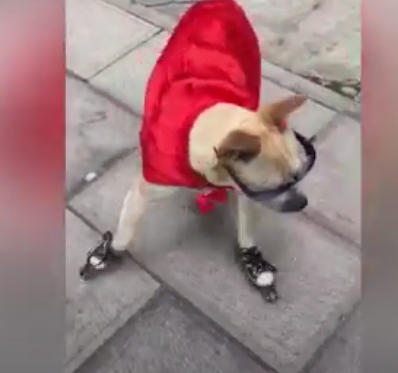 First off, I would just like to point out that even Scooby-Doo, the king of all canine detectives, never wore skates. And underdog, well sure he had a cape, but did you see how I flew threw those cones, zigging and zagging, in and out.

Shoot, even Snoopy’s World War I Flying ace would have been impressed with those maneuverability skills. And as far as the specs go, well they may just look like ordinary joe-cool spectacles to most folks, but those stylish looks only hide their real power. With these spectacles, I can not only go in disguise, but I can also see with perfect clarity, and protection – forget about it! 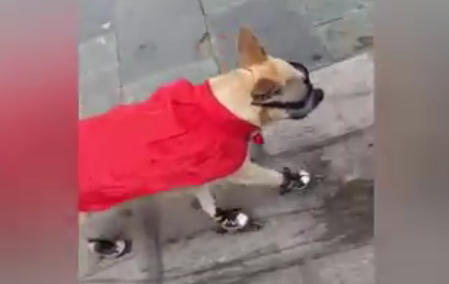 I know, you wish you had come up with it first but the truth is, not everyone is created to be a superhero dog. Do you think it is easy skating while wearing these glasses, without them falling off? Just try it.

Do you think you could also skate while wearing a cape in addition to those cool super-powered spectacles, and then do maneuvers too? No, not everyone can be Batman, there was only one Superman, and now, there is the Red Pooch Skater!

Oh yes, and I almost forgot, for those of you who think being a superhero dog is easy, who think you can do what I, and all of us other superheroes do. Try skating on four paws, yes, that’s right – four! Or did you forget humans, that we have to navigate four legs, yes – it is a blessing and a curse.

Now, back to our story, because becoming a superhero dog takes training, which is part of what you have seen here. And please be cautioned: DO NOT TRY THIS AT HOME! 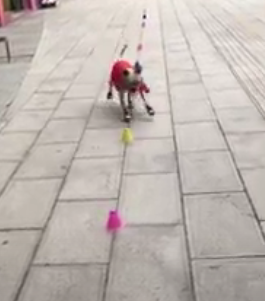 With great power comes great responsibility, and that is a big reason why people may see me outside training. Sure, to them it just looks like I’m having fun and putting on a show, but this is preparation civilians and pets. So when the time comes, and when your dark hour of need arises, I’ll be ready and I’ll be there to keep your families and alley safe. 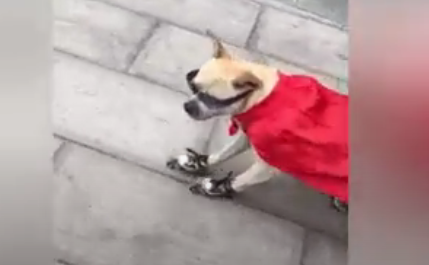 Dangerous lurking cats, bag carrying paper tossing bandits, and other unforeseen enemies can strike at any time. But don’t worry, because the Red Pooch Skater will be there, to protect, bark, defend, and skate down evil, one bad human and one bad cat at a time!