I don’t have what you’d call a “normal” roommate.

Most dogs I know live with one of three animals: other dogs, cats, or humans. Yes, I consider humans animals too – have you ever seen how messy they can be?

Anyway, my human has something of an exotic pet—a giant tortoise. At first, I thought it was just a big turtle, but I quickly learned that there’s a difference between turtles and tortoises. If you don’t know, the main difference is that turtles can swim and tortoises can’t. They’re land animals only. 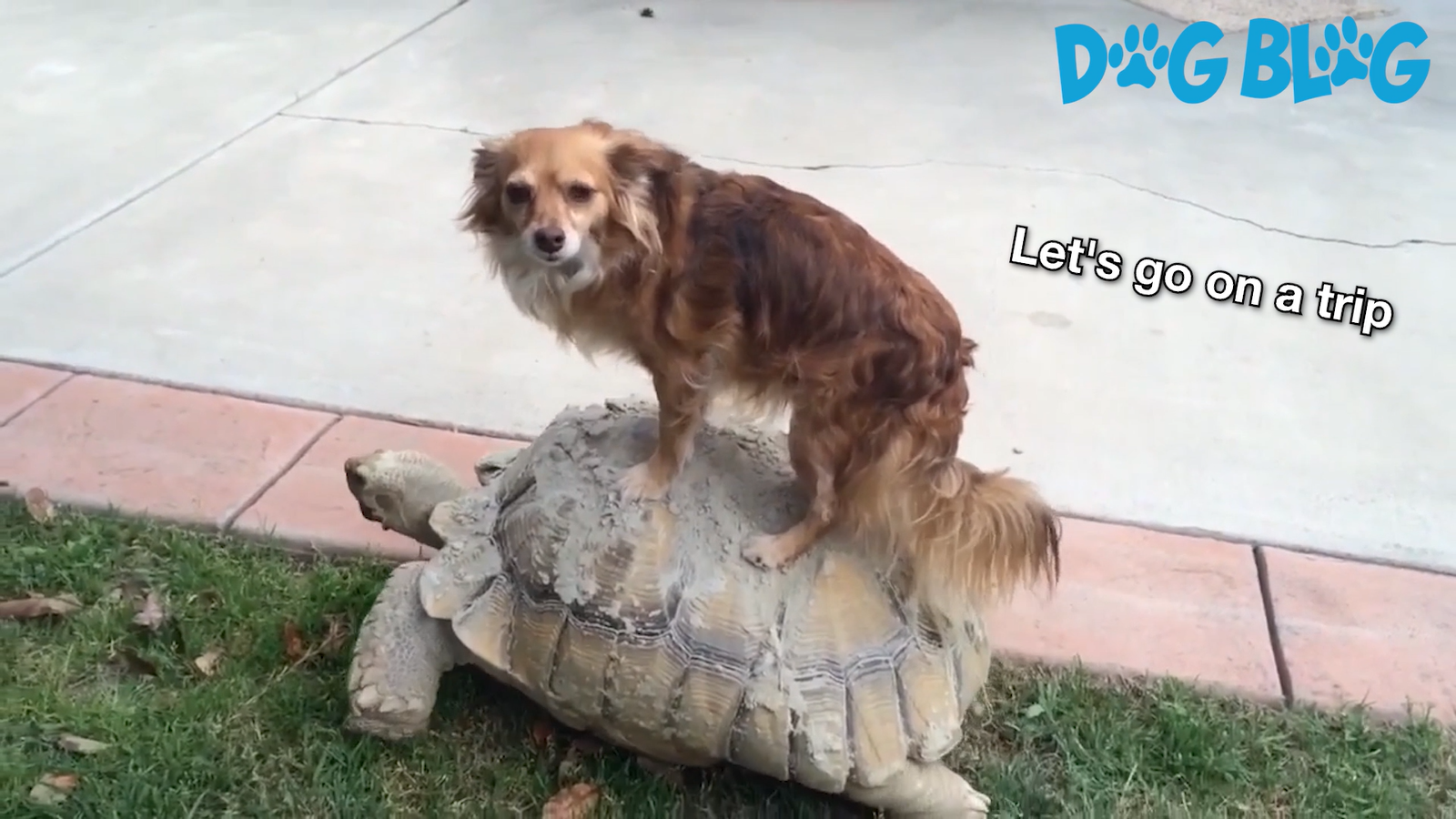 My human named the tortoise Gerald, and I think it’s a fitting name. He really looks like a Gerald, now that I think about it.

In the beginning, it took a while for us to get used to each other. He moves kind of slowly, and I’m much more of a fast traveler. I thought we would just be living at two different speeds, never to meet in the middle.

Then, one day by accident, I discovered something revolutionary – I could ride Gerald! I can’t remember why I jumped on his back the first time, only that he didn’t try to buck me off. He even started walking around with me on top!

Since then, we’ve become a dynamic duo. Gerald still moves much slower than I do, but I don’t mind the free rides around the backyard or through the house.

Today, my human was mixing some cement, and Gerald managed to get himself in the middle of the action. A whole bag of cement fell on his shell, but he doesn’t seem to mind. He started walking around with the mess on his back, so I figured I would take advantage. Any excuse to get a free ride, after all. 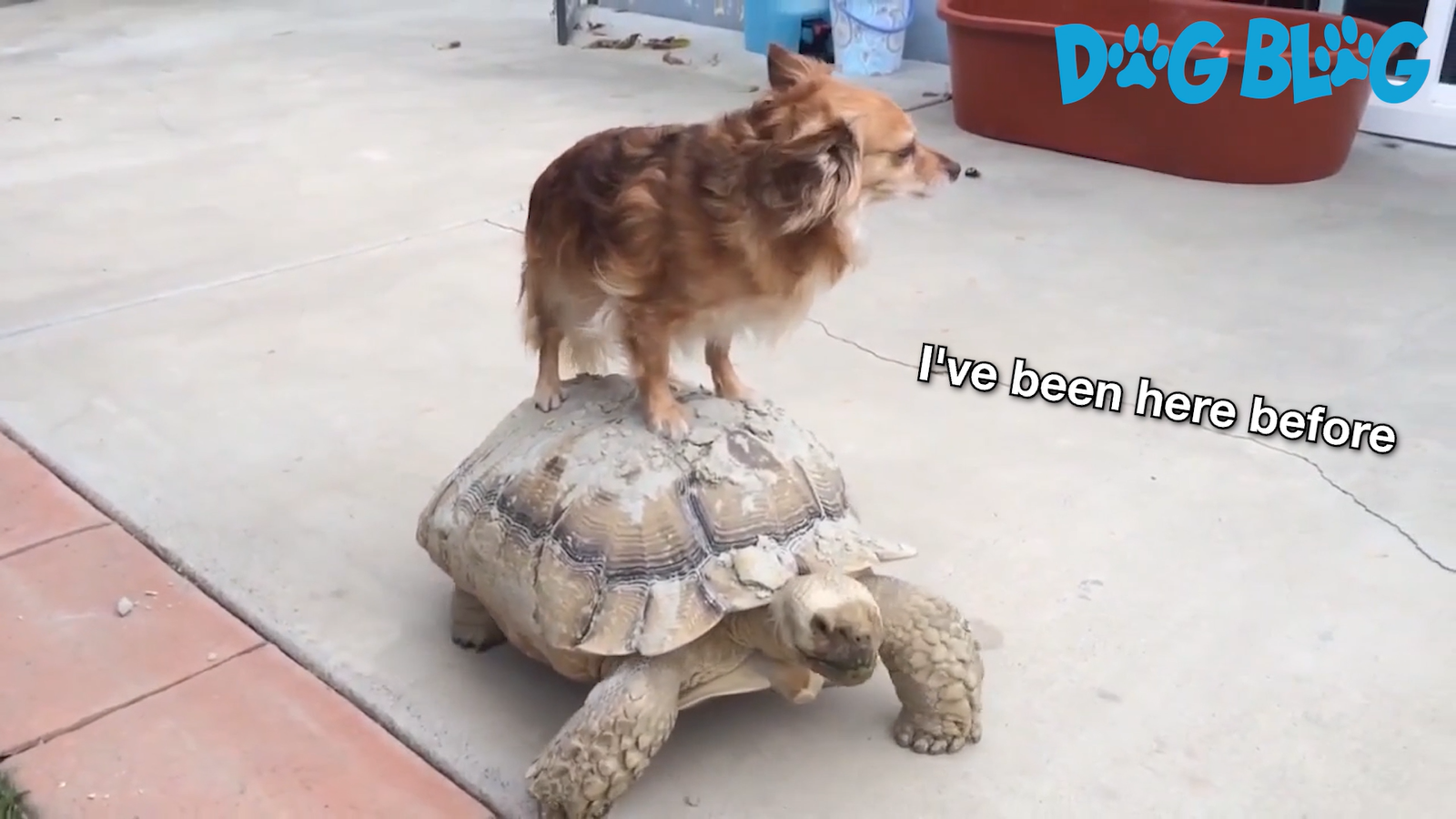 Ooh, Gerald is moving pretty quickly today – much faster than usual. Most days, he crawls at the speed of a snail, but today he’s got some extra gas in his engine. I wonder where he’s going?

Oh, the grass. Gerald likes eating our grass, even though my human feeds him other stuff like fruits and vegetables. Come on, Gerald, we have other things to do! 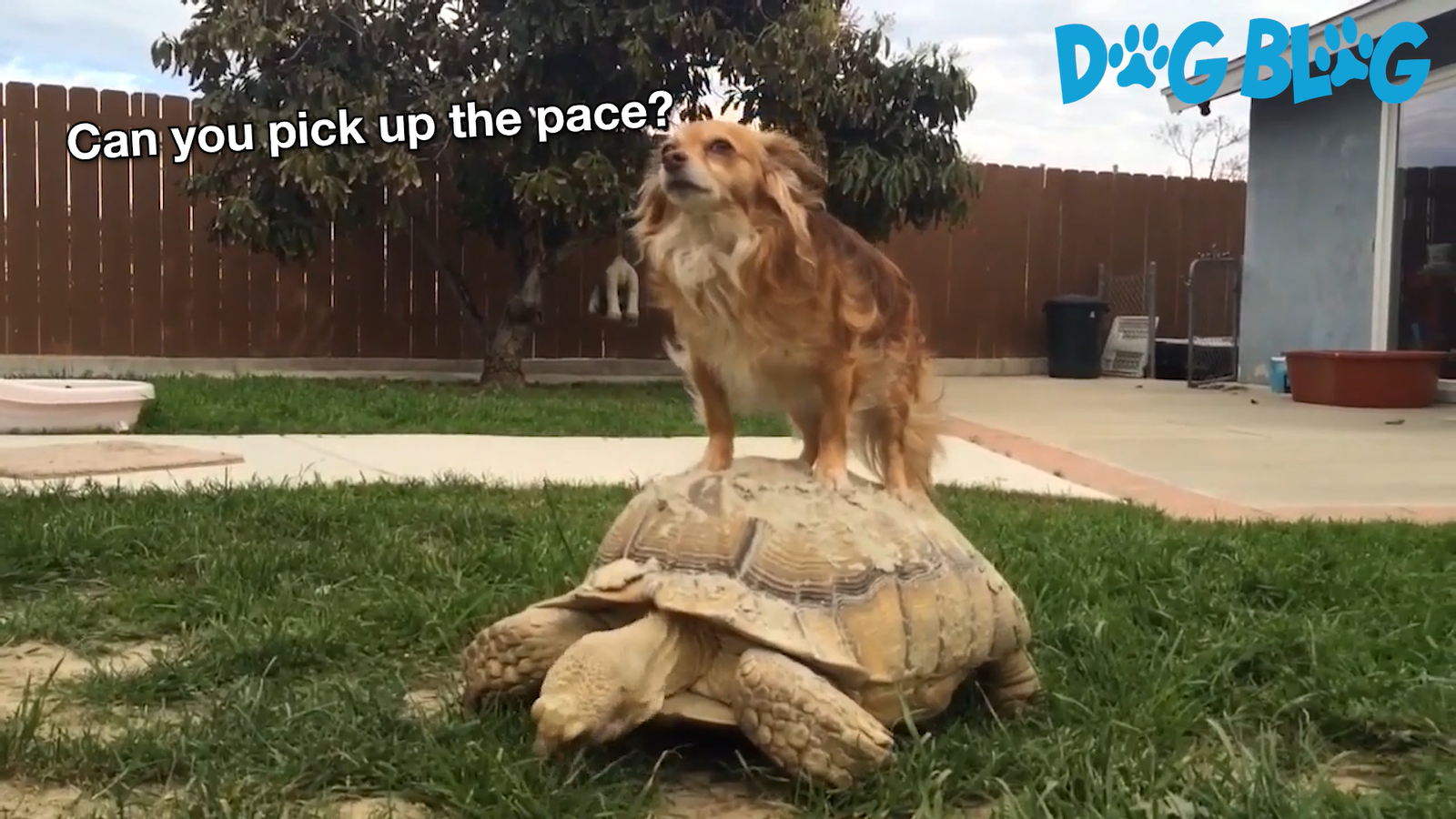 Uh oh, it looks like he’s going to be here a while. Once he gets that grass in his belly, he won’t stop until he’s full. Usually, tortoises can get by on eating very little, but I think Gerald is much more domesticated.

Okay, I think that’s enough. He’s done for the day, so I guess I am too. Until tomorrow, then.