As a dog, I love making my human happy. For whatever reason, she gets excited by dressing me in different outfits. Some of them are kind of itchy and uncomfortable, but I put up with them because they make her laugh.

Today, she strapped something to my back and something else to my head. She called it a “cowboy costume.” I don’t know what a cowboy is, but it sure is awfully small. 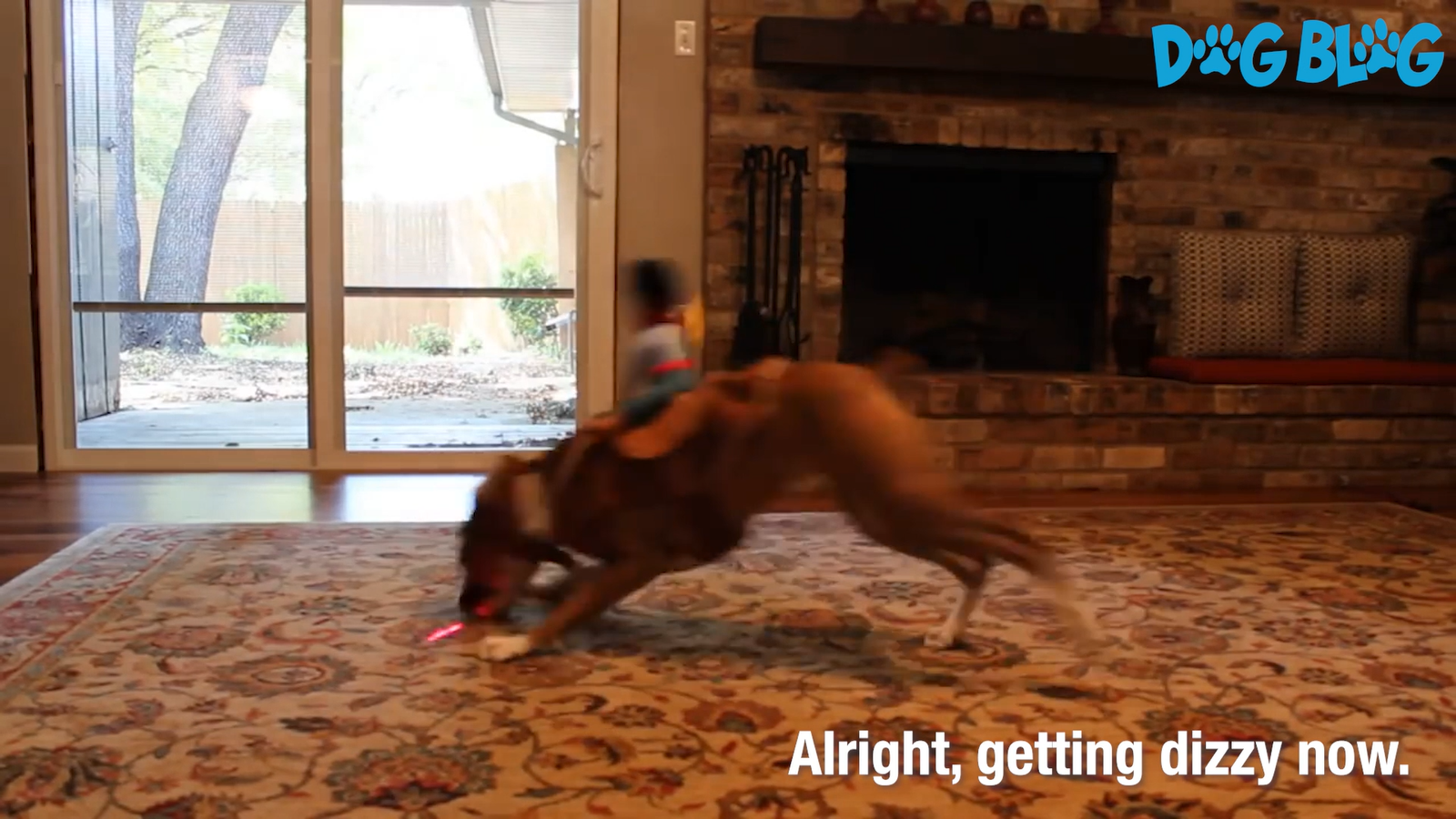 Then, the red dot came out. I tell you, this thing drives me crazy! It has appeared a few times before, and no matter how hard I try, I can’t seem to catch it! A few times, I swore I had it in my mouth, but it just escapes! I’m trying to rid the world of this fiendish red dot, and my human just watches me and laughs.

Today, with the “cowboy costume,” she said that I was doing a “rodeo.” I’ve heard people talk about rodeos before, and they always say it’s not their first one. What does that mean exactly? 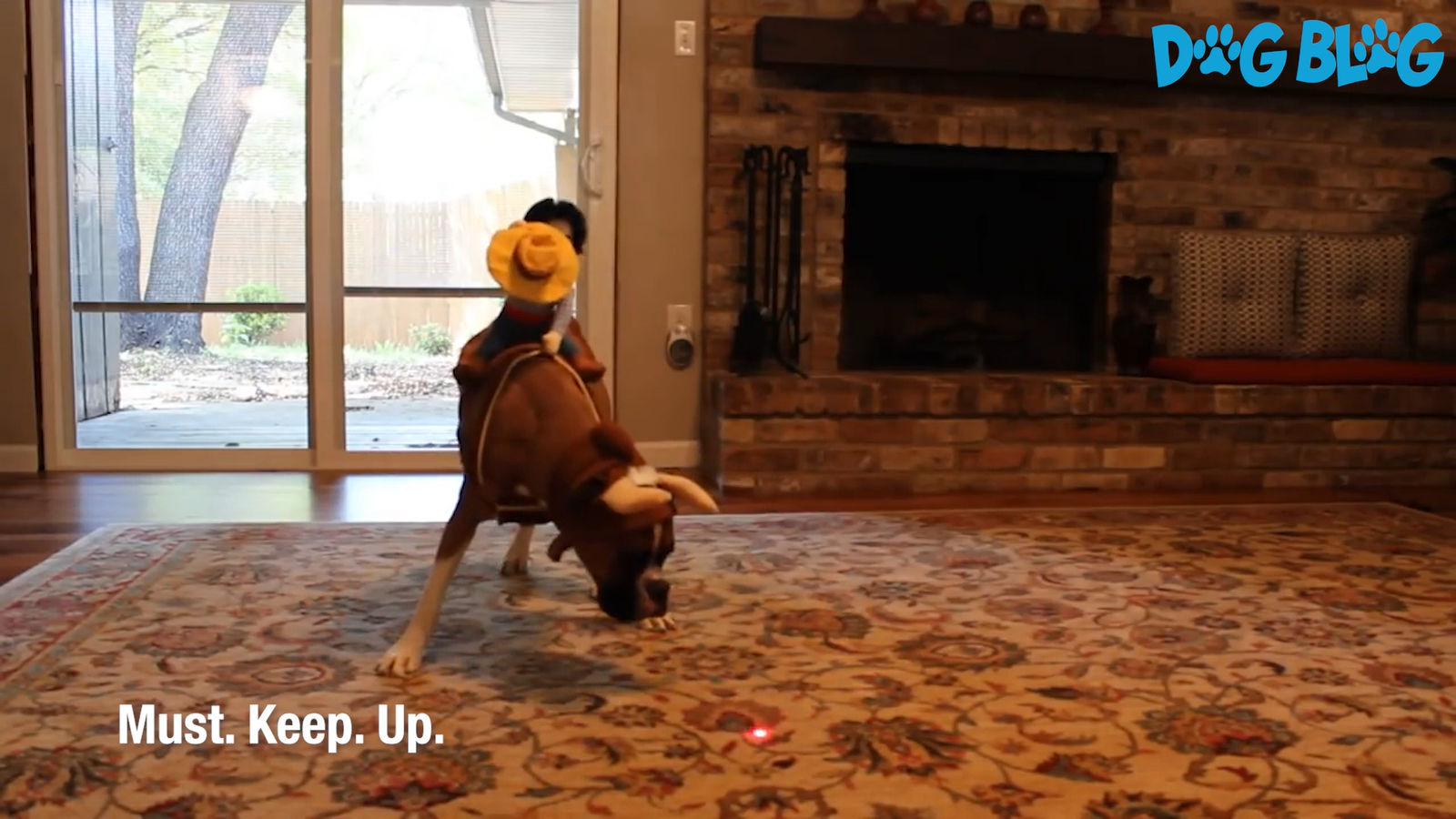 Well, it’s my first rodeo, and I think I did a good job. At least, my human seemed delighted by my antics. However, part of me wonders if she invited the red dot to watch me chase after it or if that was just a coincidence.

In case you’re wondering, there’s a scientific reason why dogs like myself chase after red dots like that. Deep down, we’re all predators – yes, even the little dogs and even the ones who don’t have a mean bone in their body. Mmm, bones. Anyway, when the dot comes out and starts moving around, it triggers an instinctive response. I have to chase it, and I have to catch it. No matter how many times you tell me I can’t, something inside me compels me to keep going.

We have a cat in my house, and he has a similar reaction. However, Whiskers doesn’t usually chase it. Instead, he swats at it with his little paws. I keep telling him that he’ll never catch it that way, but he just scoffs and goes back to sleep.

Overall, as far as rodeos go, they seem pretty okay – nothing I would write home about. After chasing the dot for a few minutes, it disappeared. I think I scared it off like a good dog is supposed to do. It’ll think twice before coming back.

Now, how do I get this costume off?