Hello, lovely hoomans and fellow doggies! I’m Ralph, the Rottweiler, reporting from Los Angeles, California. I have a special heartwarming story to share with you today. 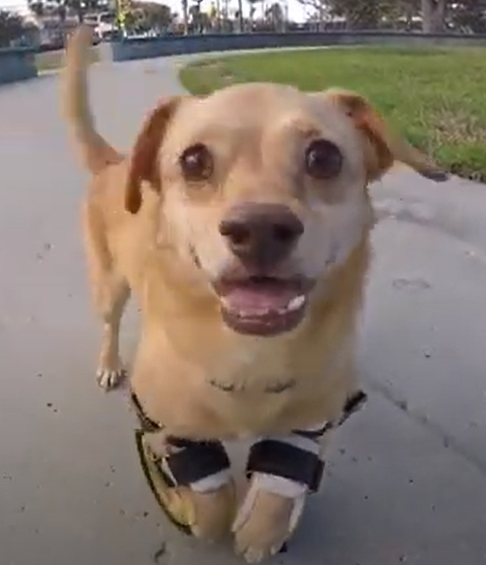 Last week, I had the pleasure of meeting with Daisy the Dauntless Underdog, as they like to call her. You can see in this suuuper cute image that she’s frolicking outside and having fun. Not an extremely rare thing to see in doggy land, right?

But this is a reaaally special case. By looking, you can probably tell that there’s something remarkably different about Daisy. And yes—it’s that she has prosthetics! 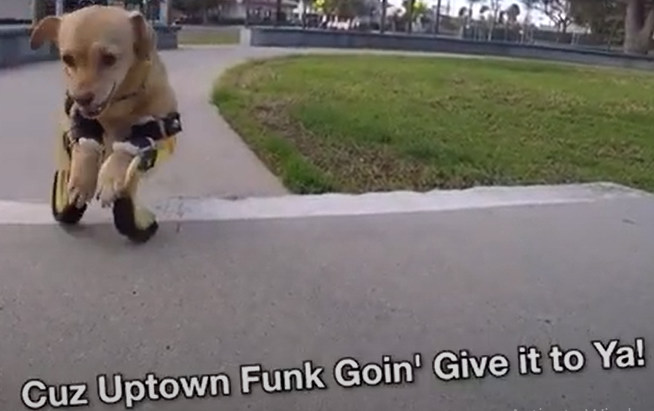 You may be wondering why this adorable Uptown-Funk-dancing canine ended up with prosthetic legs. And that’s exactly why I spoke with her and her mommy, Sheena.

“When I was 2 months old, I was abandoned on the streets of LA,” Daisy told me. “My hoomans probably thought I was a burden because of my disorder, so they left me and never came back. I also never got to see my siblings or dog mama ever again.”

Although most hoomans are wonderful creatures, it sounds like Daisy was dealt quite a bad paw (in addition to a bad set of legs).

“I ended up at a local dog shelter,” Daisy continued. “Thankfully, a rescue group called A Home Forever saved me from being euthanized, and, after a few days, I ended up being adopted by 2 wonderful hoomans. Their names are Sheena and Christian. Besides my prosthetic legs, they give me lots of love, treats, and cuddles.” 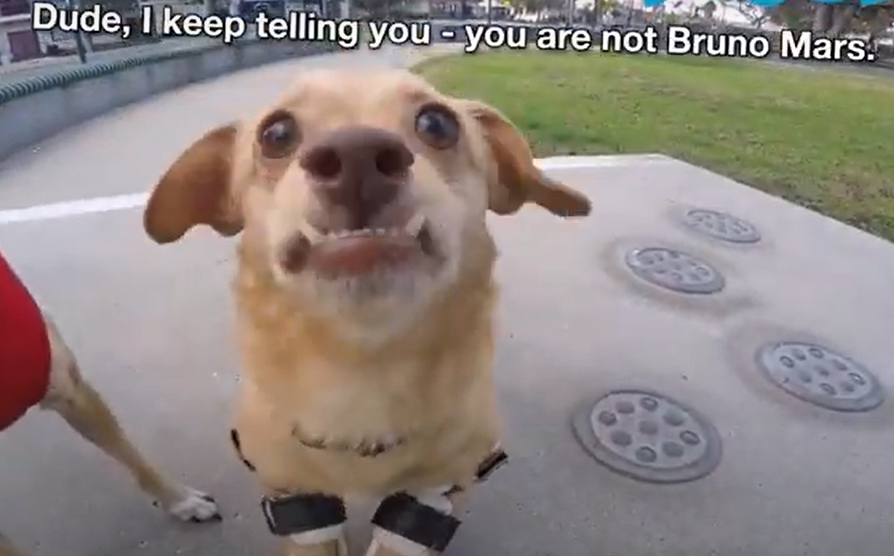 It wasn’t long after Sheena and Christian adopted Daisy that they created a donation page online to raise funds for the doggy’s prosthetic legs.

And boy was the response overwhelming! So much money came in that the parents had to return a good chunk of the money back to the donors.

When I asked Sheena what made her and Christian decide to adopt Daisy, she said, “I wanted a special needs dog because I know they have a difficult time finding a forever home, but I like to focus on what they can do instead of what they’re unable to do.” Now that’s the spirit! Focusing on what they can do, rather than what they can’t.

Inspired by Daisy’s strength and courage, Sheen decided to post a video of the doggy on YouTube (where these photos came from). Daisy soon became internet famous, inspiring hundreds of thousands of other hoomans and doggies around the world.

I asked Daisy what she thought about her newfound fame.

“Being famous is nice and all,” she explained. “But what really matters to me is knowing I’m making a difference—knowing that I’m helping fellow underdogs all over the world not only be comfortable, but be proud of who they are. That’s what I’m all about.” 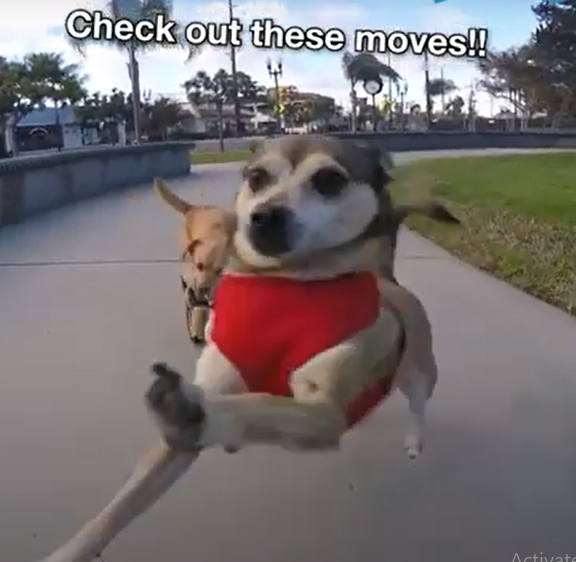 Joe, who’s also in the viral video, has been an extremely loving and supportive brother to Daisy.

“Joe may be really, really hyper at times, but that gets me going,” Daisy said. “We compete for our parents’ attention and the camera spotlight all the time. However, at the end of the day, we’re the best of friends, and I wouldn’t have it any other way.”

Daisy, Sheen, Christian, and Joe continue to raise awareness and money for special needs doggies and will continue doing so for as long as they can.