I love to just go outside and lay in the grass! There’s nothing quite like laying in the sun and soaking up nature. I’ll even pretend that I’m a wild wolf taking a break from hunting! To really commit, sometimes I’ll even chase butterflies or squirrels and pretend they’re my prey. I bet I look ferocious when I do that!

But today is pure relaxation. Enjoying the weather, enjoying another good running session. And maybe some yard exploring! Sometimes I like to run around the yard and see what I can find. I’ve found some cool stuff over the years! I’ve found cool stuff, like funky flowers, lost toys and I even once helped my human find their lost phone! It slipped out of their pocket while playing with me, and they couldn’t find it. They were really proud of me that day!

But, by far, the best is when I find cool rocks! Shiny rocks, big rocks, colorful rocks – they’re all great!

I will admit though, I sometimes mistakes other things for rocks. Shoes, deflated basketballs and old collar medallions are just some of the things I’ve mistaken. But this was probably the first time I mistook an animal for being a rock! 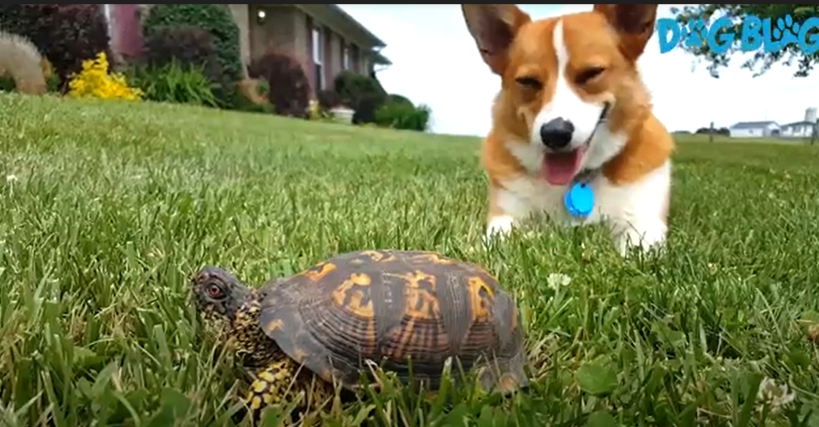 I mean, can you blame me? Look at this guy, his whole shell just looks like a giant rock! I bet this is the only reason no one has bothered him up until now. He just looks like a rock – who would try to bug him? I wonder from where he wandered from? Is he someone’s pet? My human should see if he belongs to someone, because if he does, I bet his family is missing him.

Or maybe he’s just trying to see the world! That would be super cool. Wish I could travel with him. 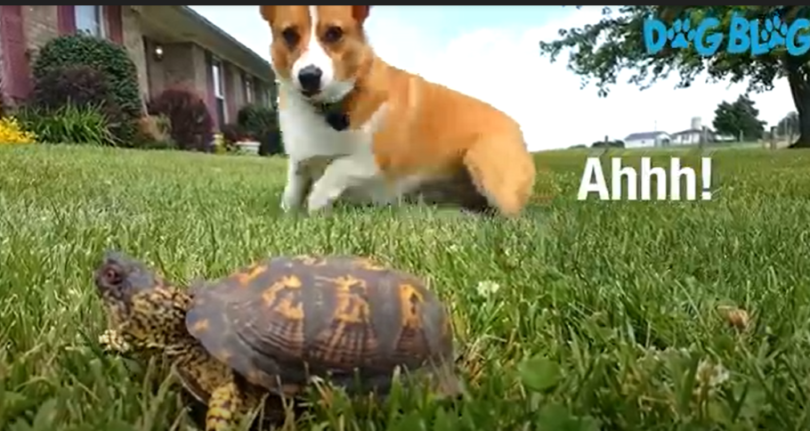 I can’t be the only doggo who’s been startled by this guy! We dogs love new stuff, especially when we find it all on our own, so I bet this guy has given many pooches little jumpscares when they approach him. I mean, have you ever had something that you thought was just an inanimate object immediately sprout legs and a head and start moving?? It can be super freaky if you aren’t expecting it!

Well, I figure the best course of action is to get my human’s attention. I mean, we gotta figure out what to do with this little guy! Do we check to see if someone is missing a pet? Or do we keep him? Do we leave him alone and be on his merry way, or should we bring him to the beach?

My human will know what to do. Secretly I hope we can keep the turtle. I mean, how cool would it be to have him as a new friend? Let’s see what they say!