It was the play-match of the century. I could hear the announcer in my imagination. “Corgi, who is known for taunting his opponent, entered the yard with bravado. He immediately used his favorite move, which is a kind of turnaround fake submission followed by a pounce up to catch his opponent off guard,” said the fight announcer.

The announcer continued, “Clearly, it worked because Chicken was unable to put up much defense. Corgi repeated the move a couple of times, to get Chicken riled up. Chicken stood close, looking for a chance to peck, but Corgi was just too sure of himself. Corgi moved away with deftness on any apparent opening that Chicken could use for an attack.”

As the crowd started to get excited, the announcer increased the rhythm in his voice while describing the fight, “Corgi kept his one paw up to block while bouncing off the other one. Then, Corgi switched to the other paw, completely throwing Chicken out of balance. Chicken responded to a shoving push that took Corgi across the yard. Corgi did a butt sweep, right in pecking range, as if to say, ‘You can’t beat me, Chicken.’ He followed this with another butt sweep from the other side and, to make the point, Corgi ended the move with a full-on butt bump.” 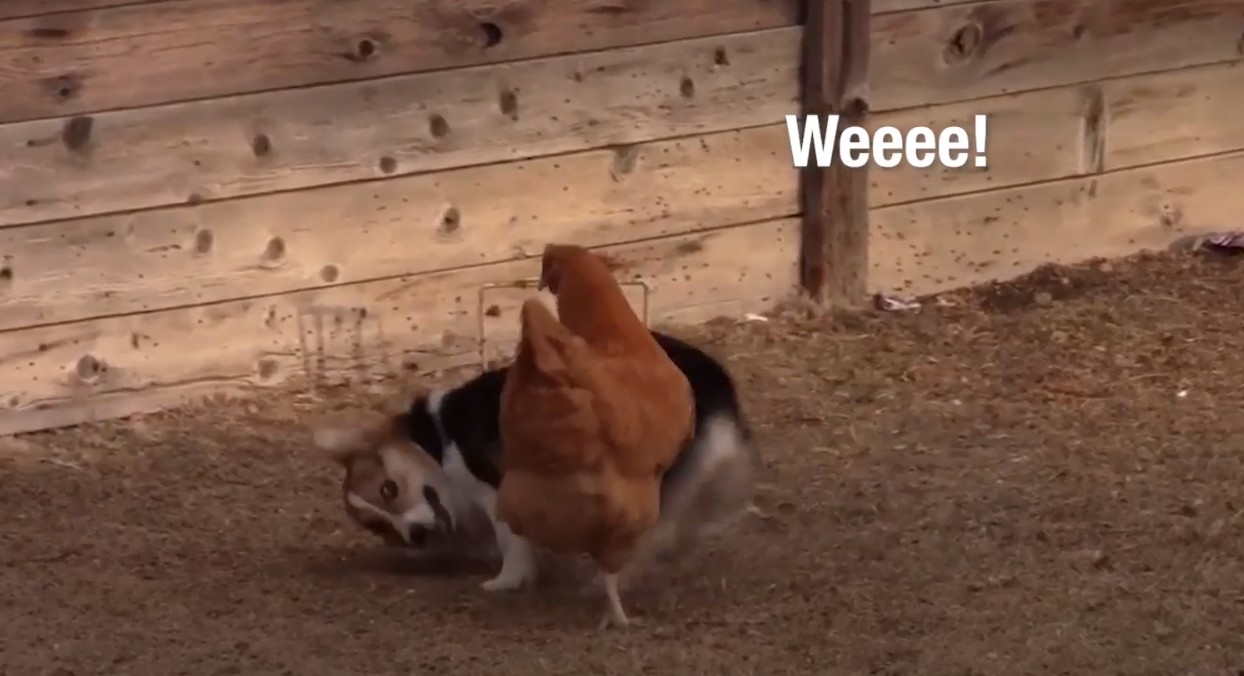 “I am Corgi. Hear me roar.” Just when I, Corgi, thought it was safe to add another winning notch to my belt, Chicken had another idea. It was the old Chicken stare-down that I had seen before. I was not impressed since Chicken can only stare with one eye at a time. It must be awful to have your eyes stuck on the side of your head. No wonder why chickens are always clucking and running into things. They cannot see what is right in front of them without turning their heads. 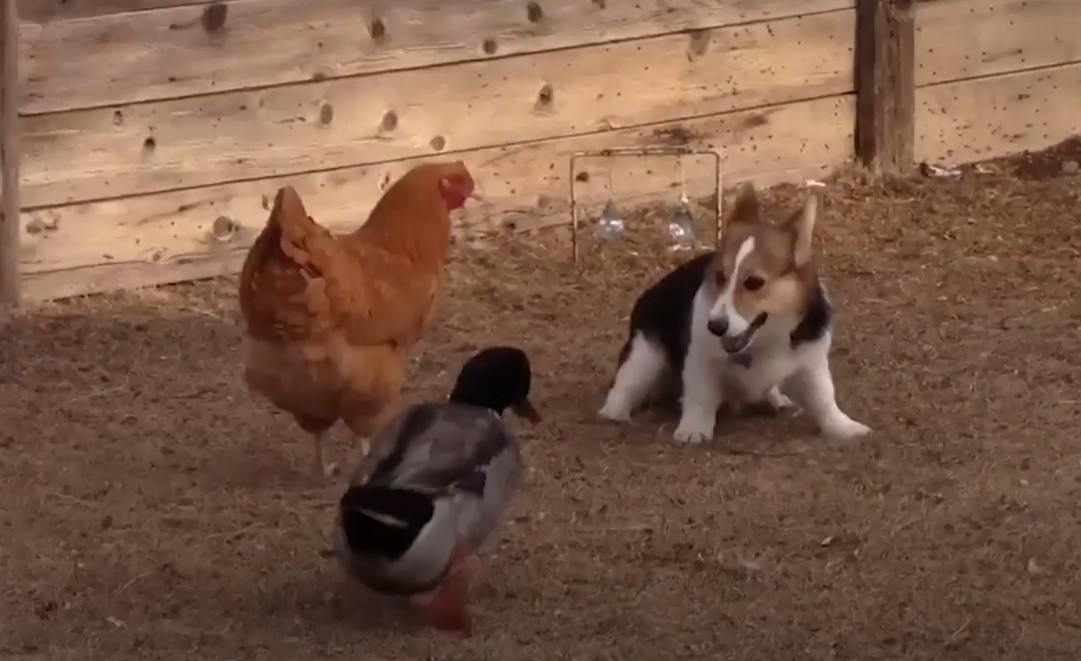 Then, I saw Duck coming in for a tag team. Nobody told me that Chicken had a partner to call on in the middle of the match. Duck was known for getting straight to the point. Without even taking time to say hello, he opened his bill and came running with a full-on assault.

After dominating Chicken so easily during the first round, I have to admit that Duck’s immediate frontal assault took me by surprise. I did not want to get pinched by Duck’s beak because I know how strong Duck is. I have seen him crack open a walnut with his beak to get to the nut inside. When Duck gets the full pinch on with his beak, he does not let go.

Knowing well when I was defeated, I skedaddled out of there with my short tail still intact and not giving Duck a chance to catch up to bite it. I was sad to hear the announcer in my imagination give the match to Duck. The most humiliating thing was that Chicken preened around the yard, acting as if he had something to do with my defeat too.

Don’t worry, there will be time again for the Corgi Comeback Match, and I will bring Turkey with me, who will be on my tag team next time.