My life is pretty dull, to be honest.

I spend most of my time outside in the yard with my brothers. We’re not technically brothers since we don’t have the same parents, but we belong to the same humans, so we’re still a family.

Most days, we just chill on the grass and don’t do much. We may bark at the occasional car, but that’s about it. We sleep a lot and then go inside to eat when our humans call us in. We also spend the night indoors, curled at the base of our main human’s bed.

I don’t know where this thing came from or how it found us, but it was a crazy sight. I’ve never experienced anything like this before, and I’m not sure that I’ll ever see anything like it again.

Let me paint a picture for you.

So there I am, minding my own business, lying next to the fence on the grass. It was an average day, when suddenly a black car pulled up. I look inside, and there’s this bird sitting in the passenger seat. 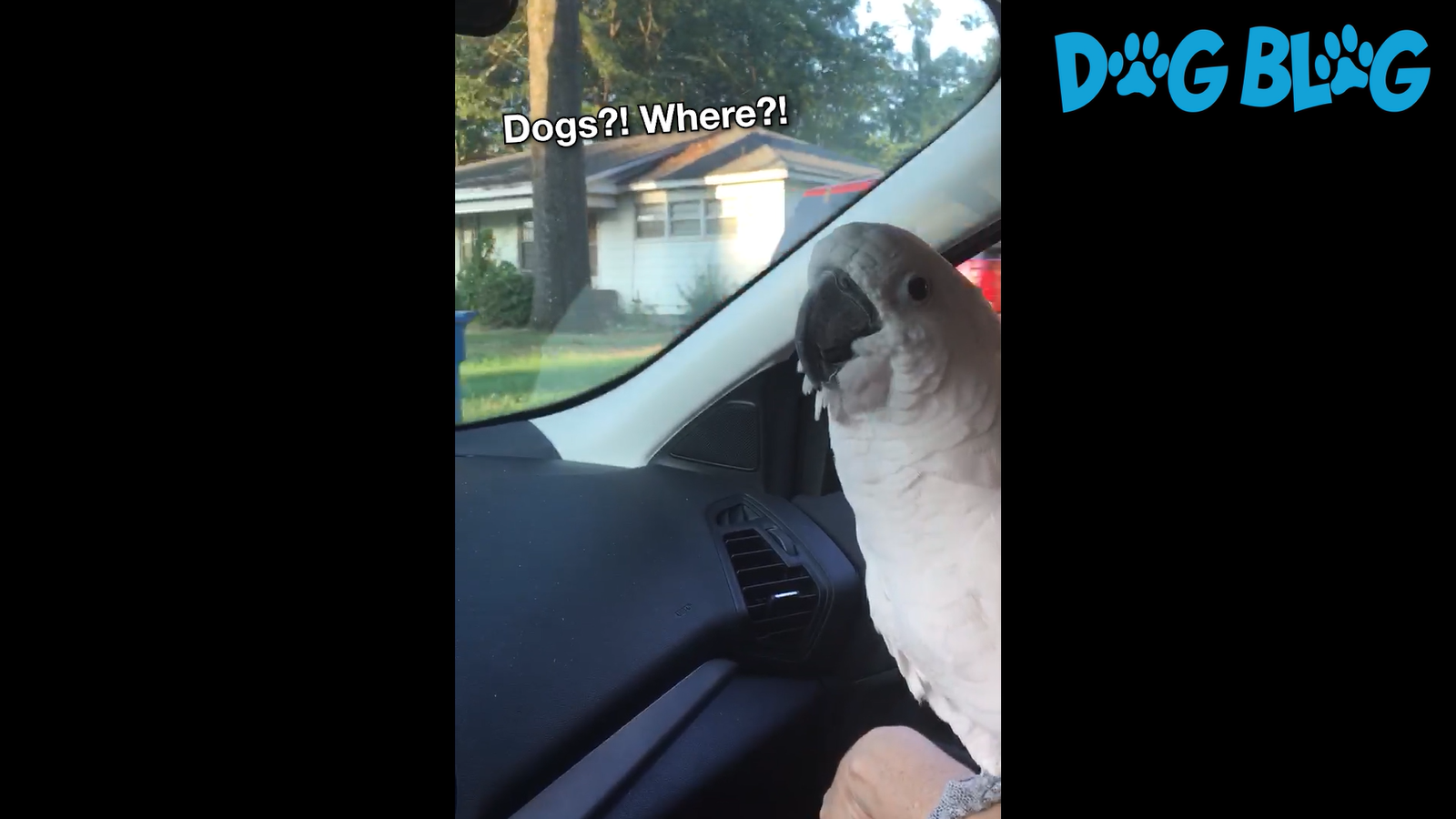 I thought birds flew in the sky? And nest in trees? What’s this bird doing sitting in a car? I had so many questions, but no answers. I ran up to the fence to talk to the bird.

That’s when things got really weird.

Suddenly, this bird started talking back! Like, whole barks and stuff! I didn’t know that birds could speak dog! 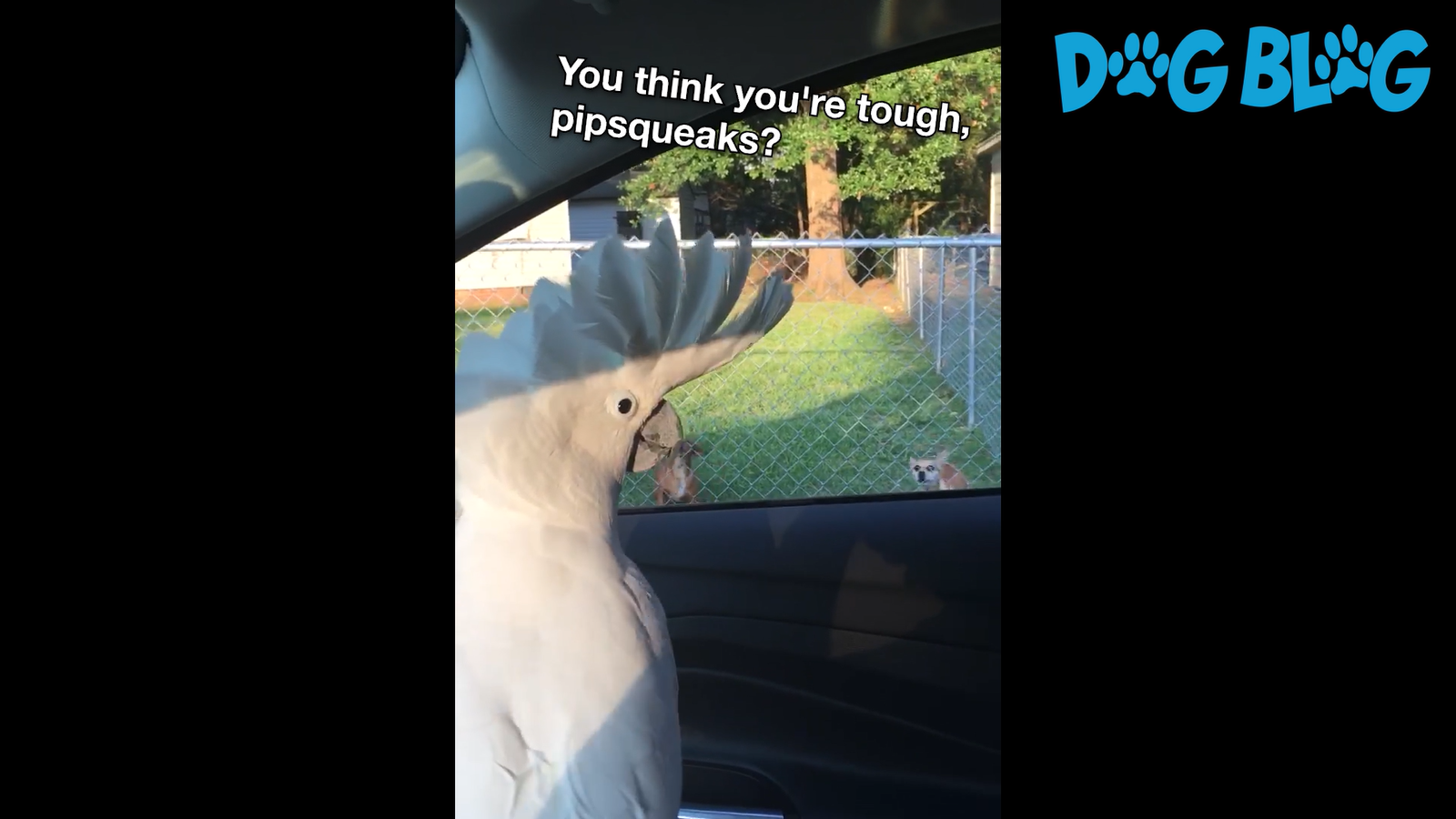 I called my brothers over, and we all started barking at each other. The three of us, the bird – it was insane!

We started asking all kinds of questions:

But, I don’t think this bird was fluent in our language. Every time we asked a question, it would repeat one of a few different phrases. Squirrel, cat, and food. Maybe it was trying to learn more of our language so that it could communicate better? Was this some sort of exchange program where a bird could assimilate into dog culture? 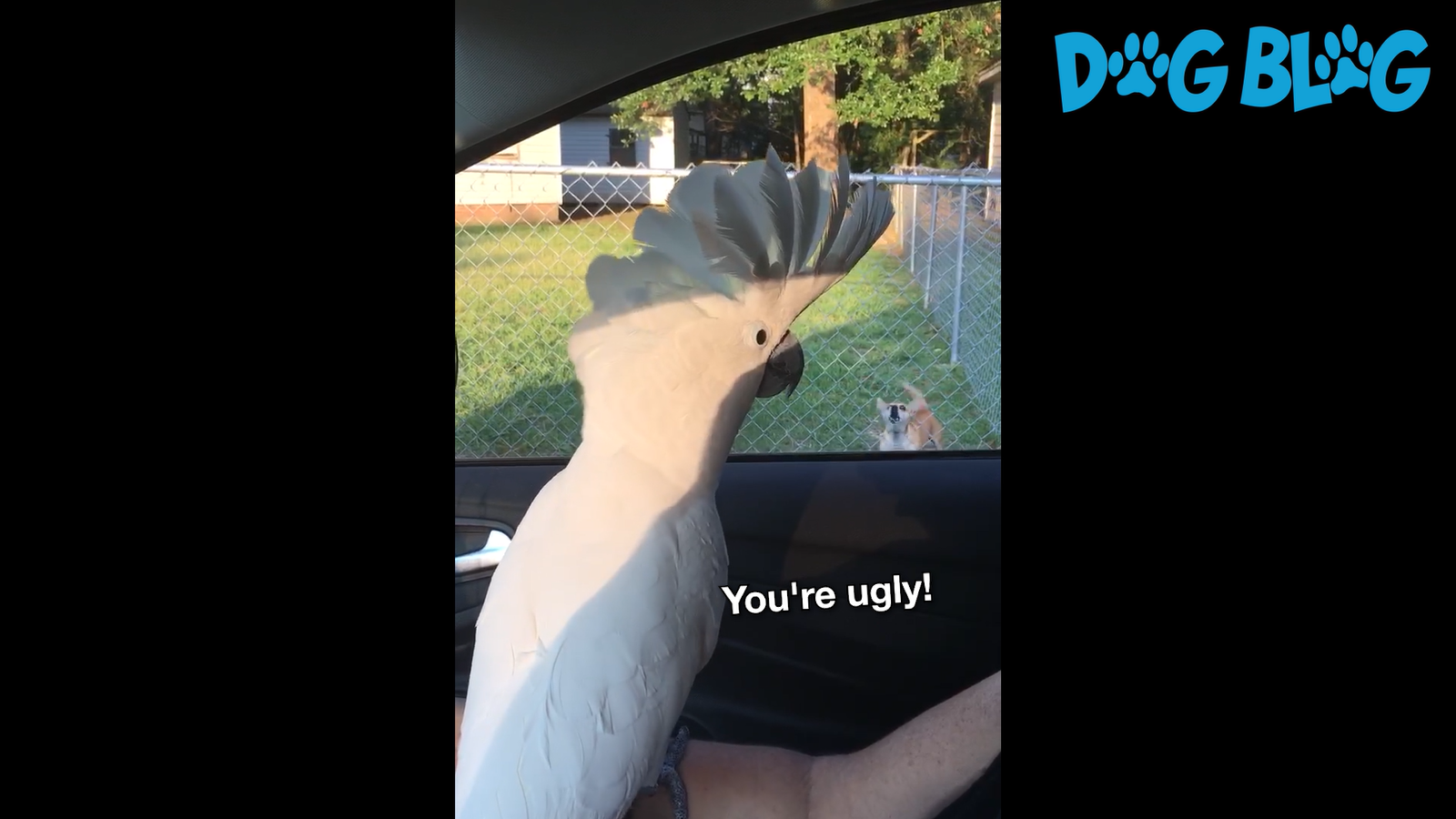 Well, we never got any answers since the bird and the car took off pretty soon after it arrived. We simply barked at each other for a couple of minutes, and that was it.

I haven’t seen the bird since, but part of me thinks it’ll eventually come back. Even if it doesn’t, it’s one heck of a story.