The day my owner walked out of my life was the day my whole world fell apart.

Who would give me scratches and treats? Who would I fall asleep next to every night?

I had no one’s shoes to pee on, no interest in playing fetch. The fun pup that used to be inside me was gone.

One day, my new owner took me to the park. I used to come here all the time with my human… and I could have sworn I just saw him sitting on the bench… 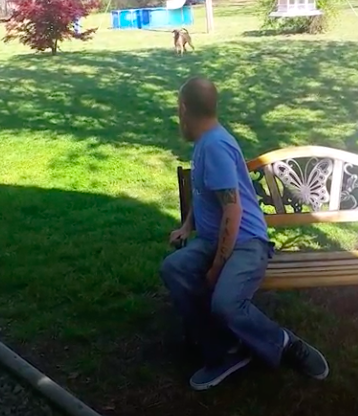 It really did look like him, but there’s no way. My human was definitely not coming back.

But there was always a chance! I needed to investigate further, but I was a little apprehensive. If I ran over there and it wasn’t him, my heart would be broken again. But if it was… 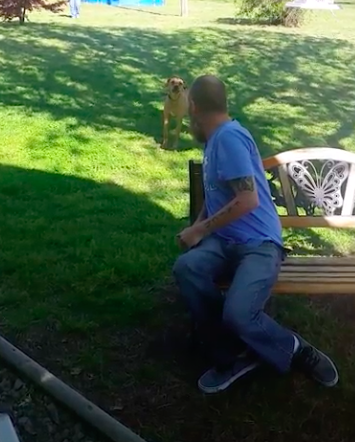 It really did look exactly like him! He even had the same marking on his arm (I was there when he got those, he calls them tattoos and it looked like it hurt!)

I thought about getting just a little bit closer. I could hear his voice and see him, everything matched up, but it still seemed too good to be true… 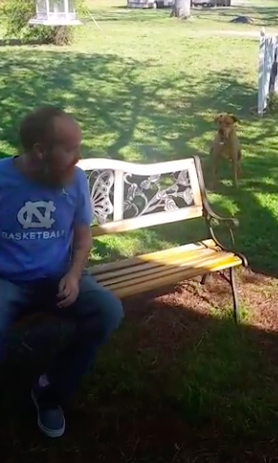 I had to get a better look at him just to be sure. He has the same nose and eyes. But does he have the same hands that give the best scratches?

At this point, I decided maybe I should investigate a little further.

If I could get a good sniff of him, I’d know for sure. 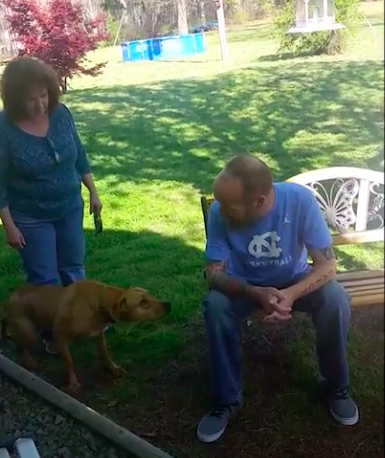 I couldn’t believe what my nose was telling me! Could this really be him after all this time?

He smelled just like I remember, and I could have sworn there were some treats in his pocket.

I was a little upset at first because was that another dog I smelled on him? It better not have been!

This wasn’t the time to get jealous though, because my human was back! 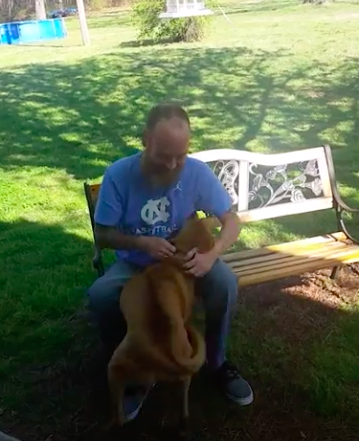 I couldn’t believe it was him! This was the best day of my life. Sometimes when I get sad, I relive this exact moment.

I had spent a long time waiting for him to walk through the door, and hours sitting by his bed wondering where he had gone, why he left me, or if he was lost somewhere out in the cold.

None of that mattered anymore! It was time to go on walks, sneak treats, and watch some TV.

My human had finally been found.