Yesterday my parents brought home a huge new water bowl. They keep calling it a pool and you’re supposed to swim in it, I guess. But it looks more like a water bowl to me.

Anyway, my brother and I were playing inside and he saw something strange in the large water bowl! He called me over to look at it and we analyzed it for a little while.

Sure enough, it was a big donut! In our water bowl! 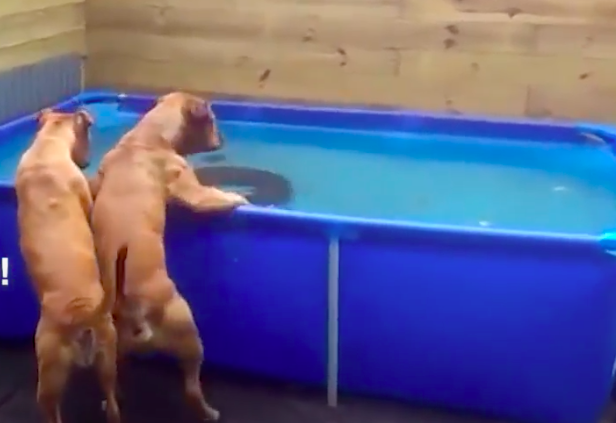 Wow, what a big treat! My brother and I must have been really good boys for our humans to have given us this.

But how do we get it out? It’s time to start strategizing. I’m thinking I’ll be the director and I’ll make my brother do all of the leg work.

He’s the younger one, so I’m usually the boss anyway. Okay, now for the plan… 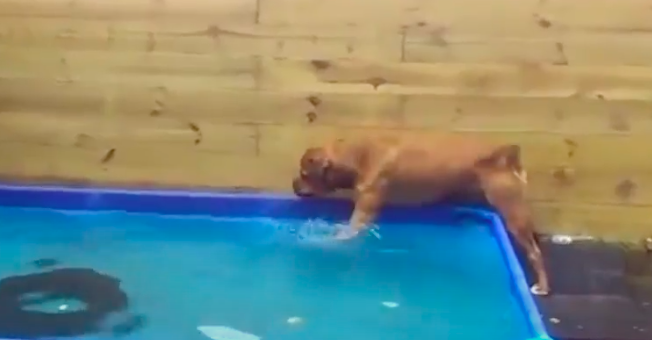 Alright, little brother needs to reach his paws into that water bowl. Maybe he will be able to reach far enough to grab the donut out…

I’m starting to get worried that the donut will melt if it stays in there for too long, so we have to work quickly!

This plan doesn’t seem to be working, I may have to figure out a new technique. Maybe I can tie a rope to my brother’s leg, have him jump out, and then I’ll reel him back in like a fish.

I don’t know if he will go for that, but I’m going to give it a shot. I’ll just need someone with thumbs to tie the rope for me… 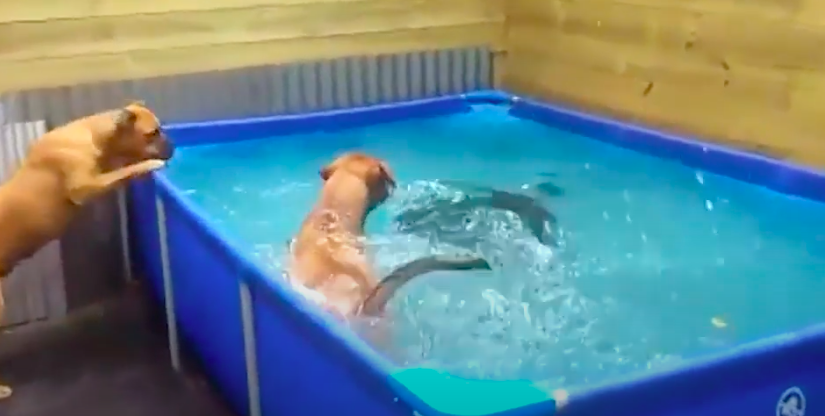 Little brother didn’t like the idea of being treated like a fishing hook, so he went ahead and just jumped in. We’ve gained entrance to the water bowl! Now we just need the donut.

This water bowl is much deeper than I anticipated. I’m not sure how he is going to get his whole face under the water. 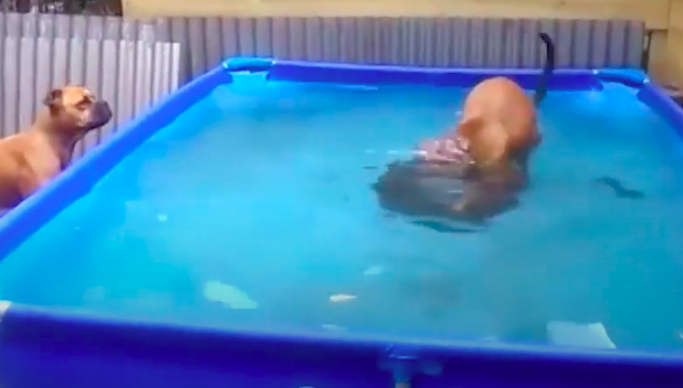 He tried to drink all of the water out but it didn’t work. It was taking way too long! I directed him to shove his face into the water and grab the donut with his teeth.

He’s still working on it, but I think this is our best plan so far. If it comes down to it, we may have to ask our humans to help us. They are much taller and have thumbs.

This seemed like such a simple mission at first, but it’s really difficult trying to carry it out.