Okay! I have my safety goggles on, supersuit on, and I am ready to roll! I know you’ve all heard of Superdog who works with Superman, but how about Batdog?

Superdog’s got it all easy, with those fancy powers and a human that could take out a whole army. We Bat heros have to make our own powers wih technology! 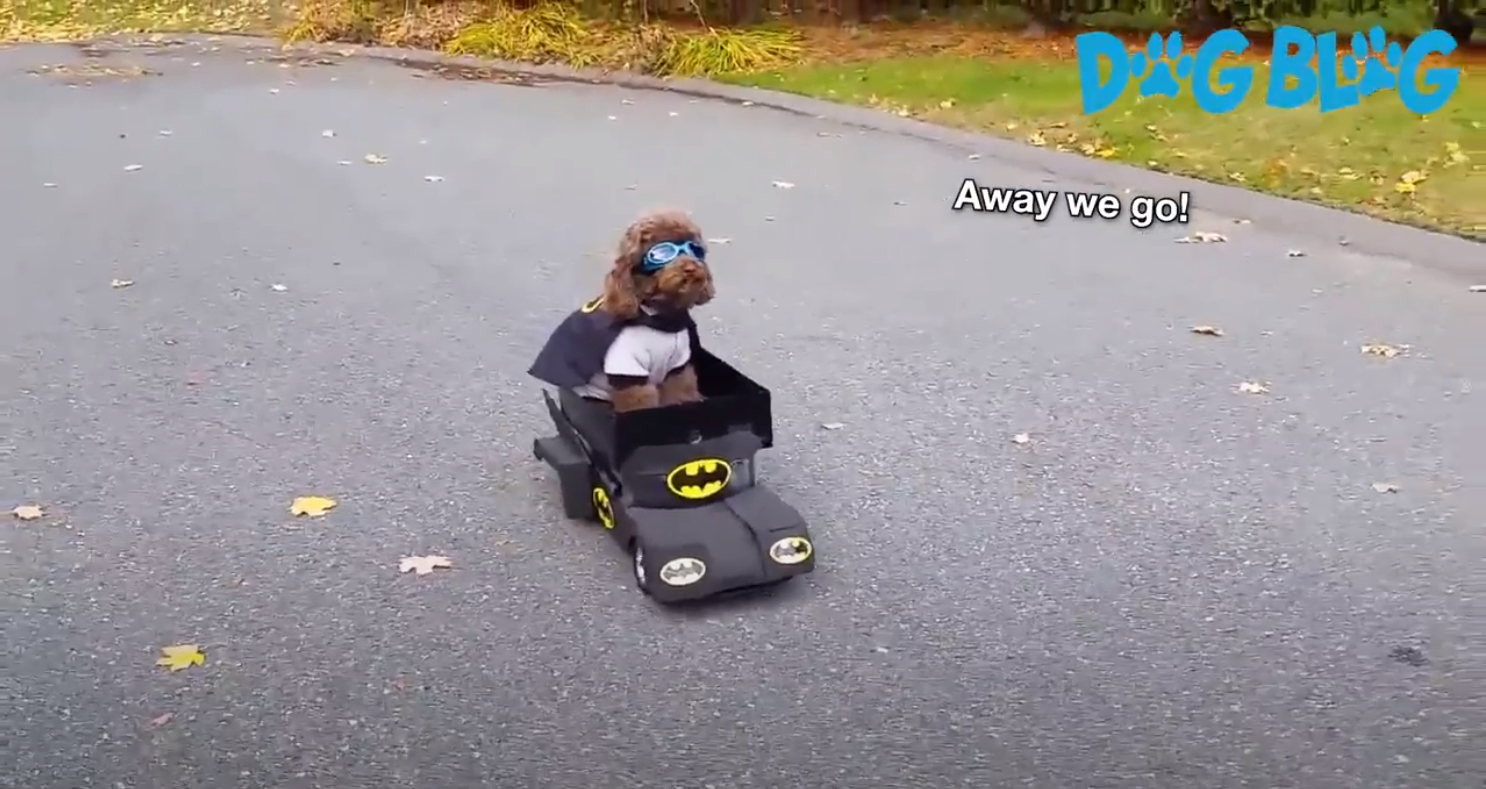 It’s best to do regular patrols like this. Keep the villains in check and let them know someone is always watching. So far no one has set off the Bat Signal, which I’m taking as proof that these patrols are working.

Ah, a bit of music to really add to the effect! Thank you, Alfred. This’ll really strike fear into the cowardly lot of baddies. Maybe I can even inspire some of them to abandon their old ways and become upstanding citizens. What kind of Batman pet would I be if I didn’t support second chances??

Okay, halfway done with the patrol. This is going really quickly! I hope people can still recognize me even from a distance. Unfortunately my cowl is still being made in the shop, so I’ll probably have to use these goggles for a bit longer. They aren’t bad, but what if I need to fight crime at night?? I won’t be able to see, unless I take them off – and reveal my secret identity! Talk about a predicament. Another good reason for these patrols. By keeping crime down, I won’t need to step out and stop a crime in progress! 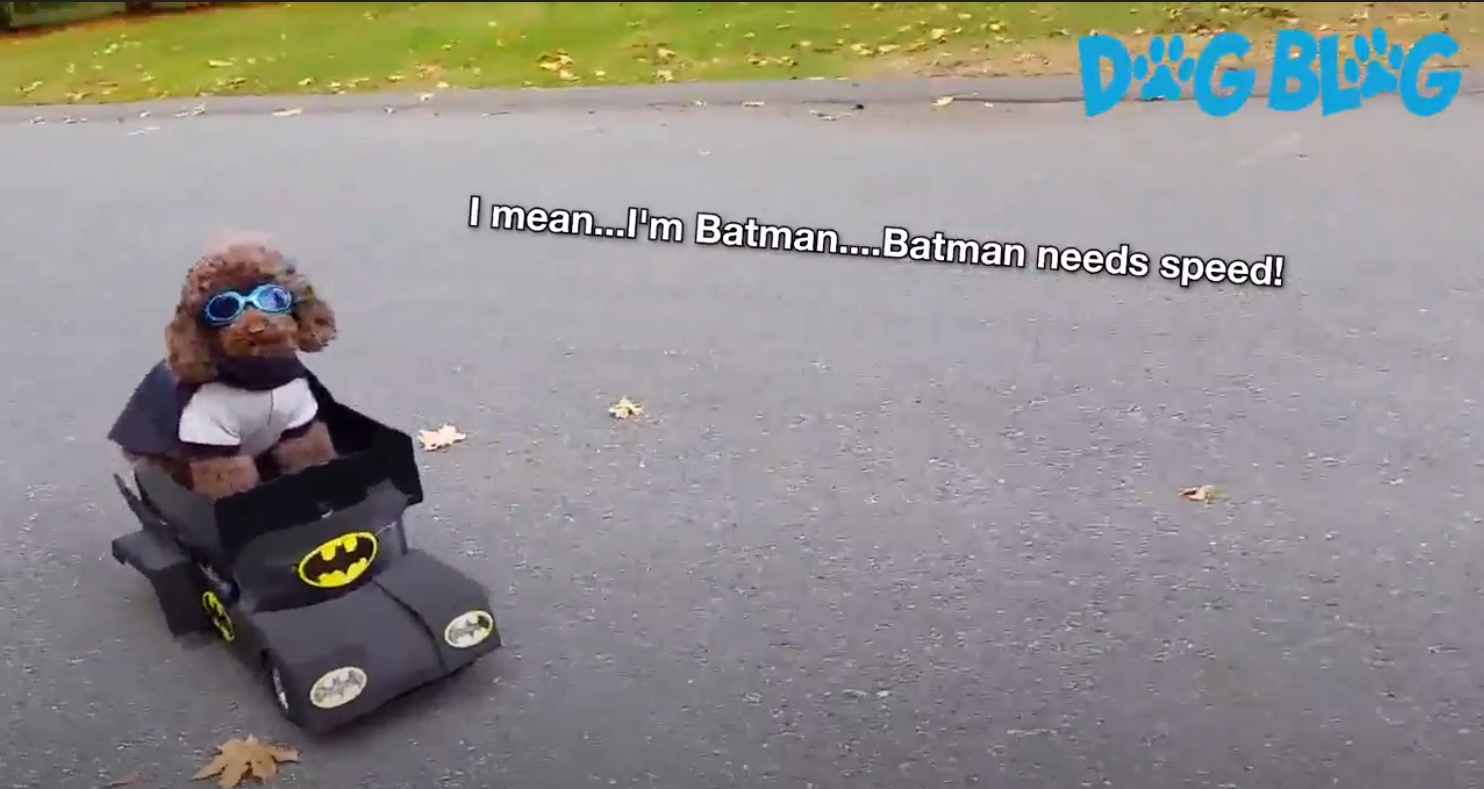 We’re almost done patrolling this road. I think it’ll just keep it to this road for today. So long as it’s a different road every day, I’ll still be keeping the whole neighborhood safe. No need to thank me! It’s just part of my civic duties. Though if someone wanted to leave a bowl of kibble or a new squeaker toy, I certainly wouldn’t mind such a kind donation. If it’s Batman-themed, even better!

And the patrol is over! I am off to make sure that there’s no crime in progress, then it’s back to the Dog-Batcave to read comics and keep an eye out for a Bat Signal. A hero’s work is never done!