Have you heard of this thing, I think it’s called magic?

The hoomans taught me about it — I heard they even pay to go see magic shows in some fancy, fun city called Las Vegas. Well, you can see magic shows other places too, but the most famous magicians like to do their shows there.

Anyway, the hoomans were talking about magic so much and how fun it was, that I thought I’d learn some magic tricks of my own! Because you know, another thing hoomans say is trick or treat. And I sure do love treats. So I figured this trick would earn me some extra treats!

Mom decided to take me to the place she goes every day when she leaves me. She said it’s called an “office.” I thought this would be my perfect opportunity to present my magic in front of an audience!

My trick was simple to understand. I created a box that would shrink me! I called it: The Incredible Dog Shrinking Machine. I told mom to let me go so I could enter the box and come out the other end as a puppy again. It would be the perfect trick! 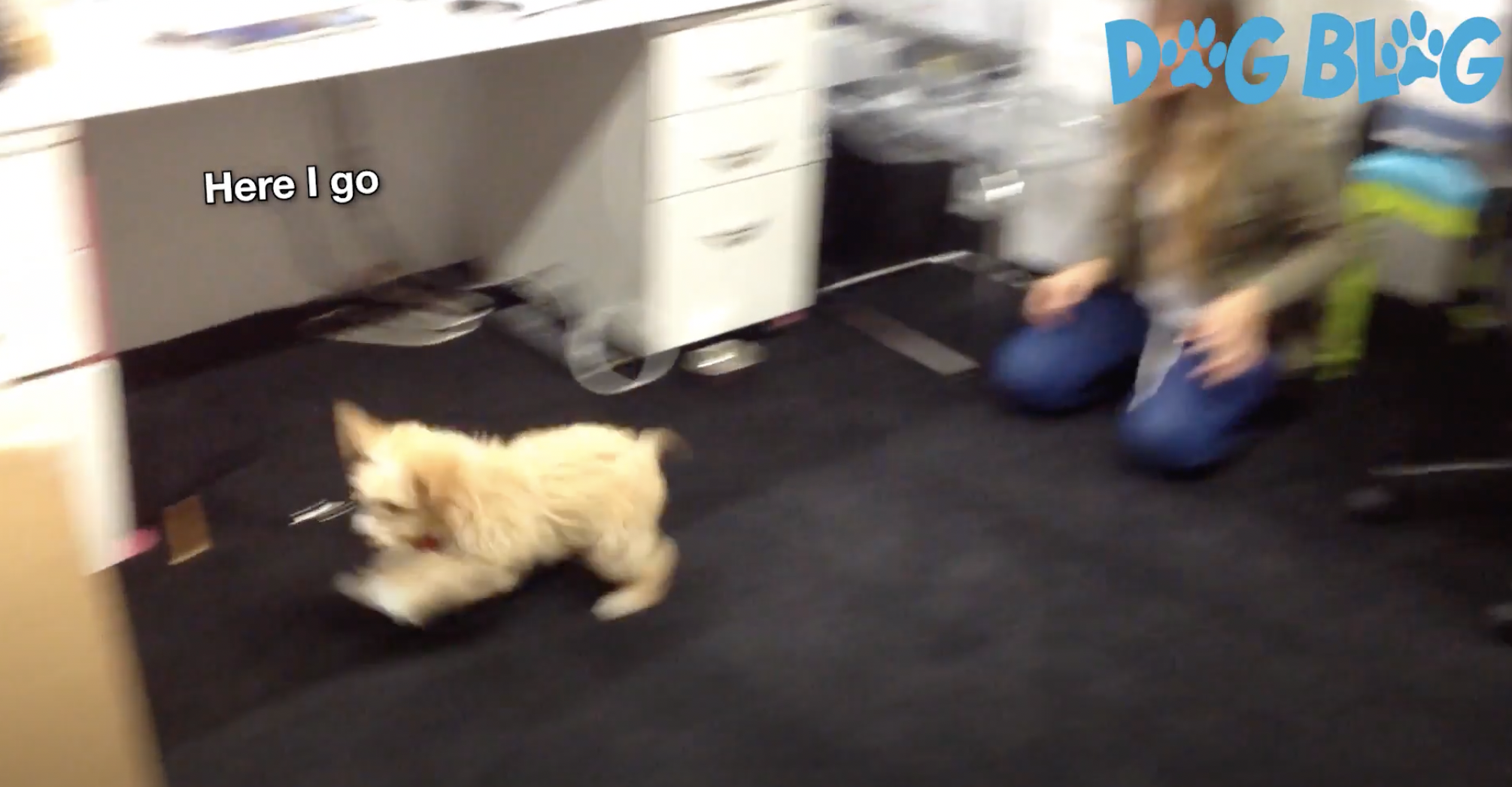 Soon enough, I was off! I was running so fast that you couldn’t even see me. (Ok maybe you could but still, I picked up some serious speed!). I entered the magic box and was prepared to shrink into my fluffy, puppy body again. This was gonna be so much fun. I was going to get some serious treats. 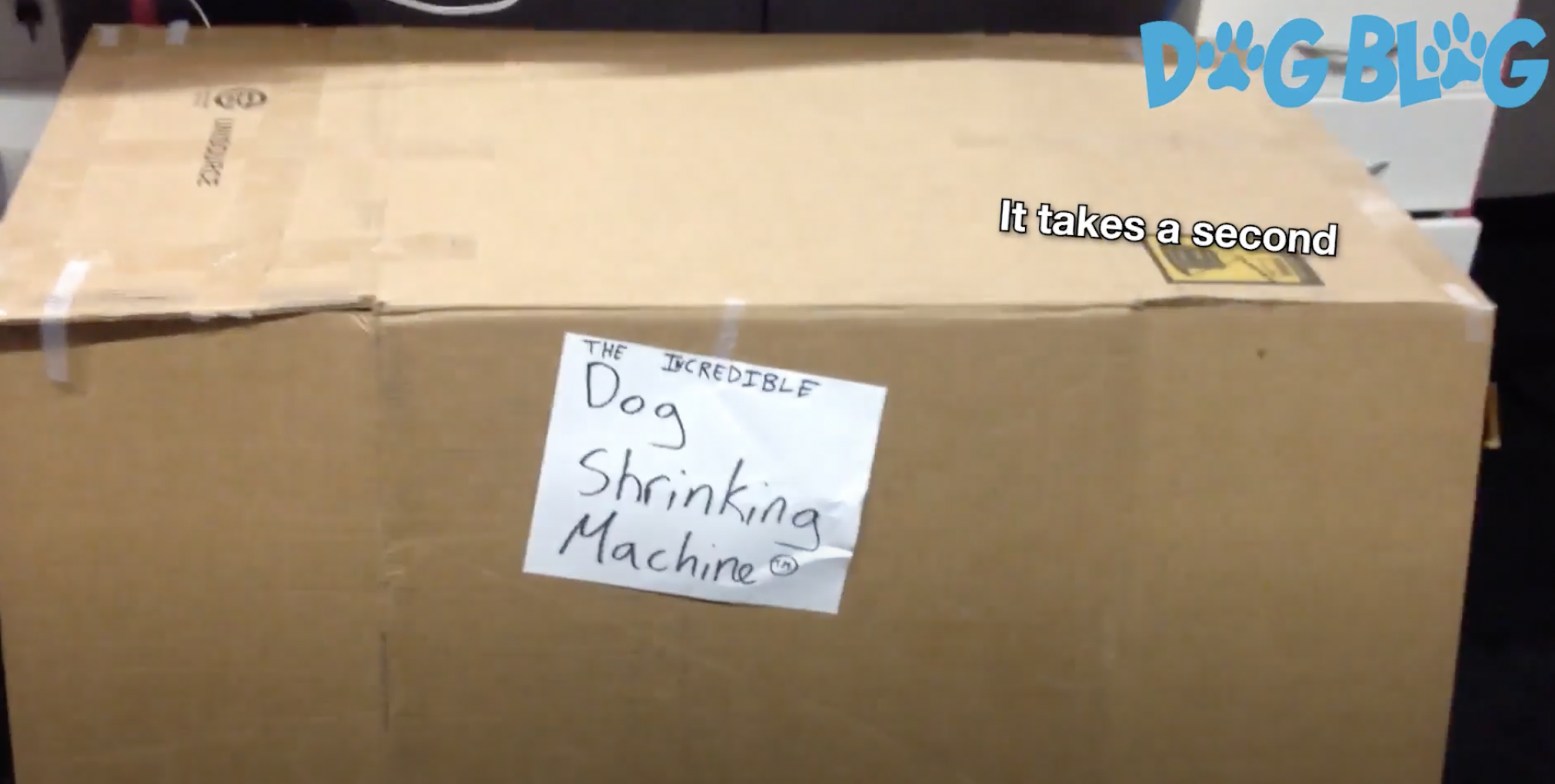 Soon enough, I was inside the magic box and ready to reveal the exciting finale.

Out I ran to my hooman’s friend. I was a little puppy again!

I don’t think she could believe her eyes. The magic, and the cuteness was just too much. 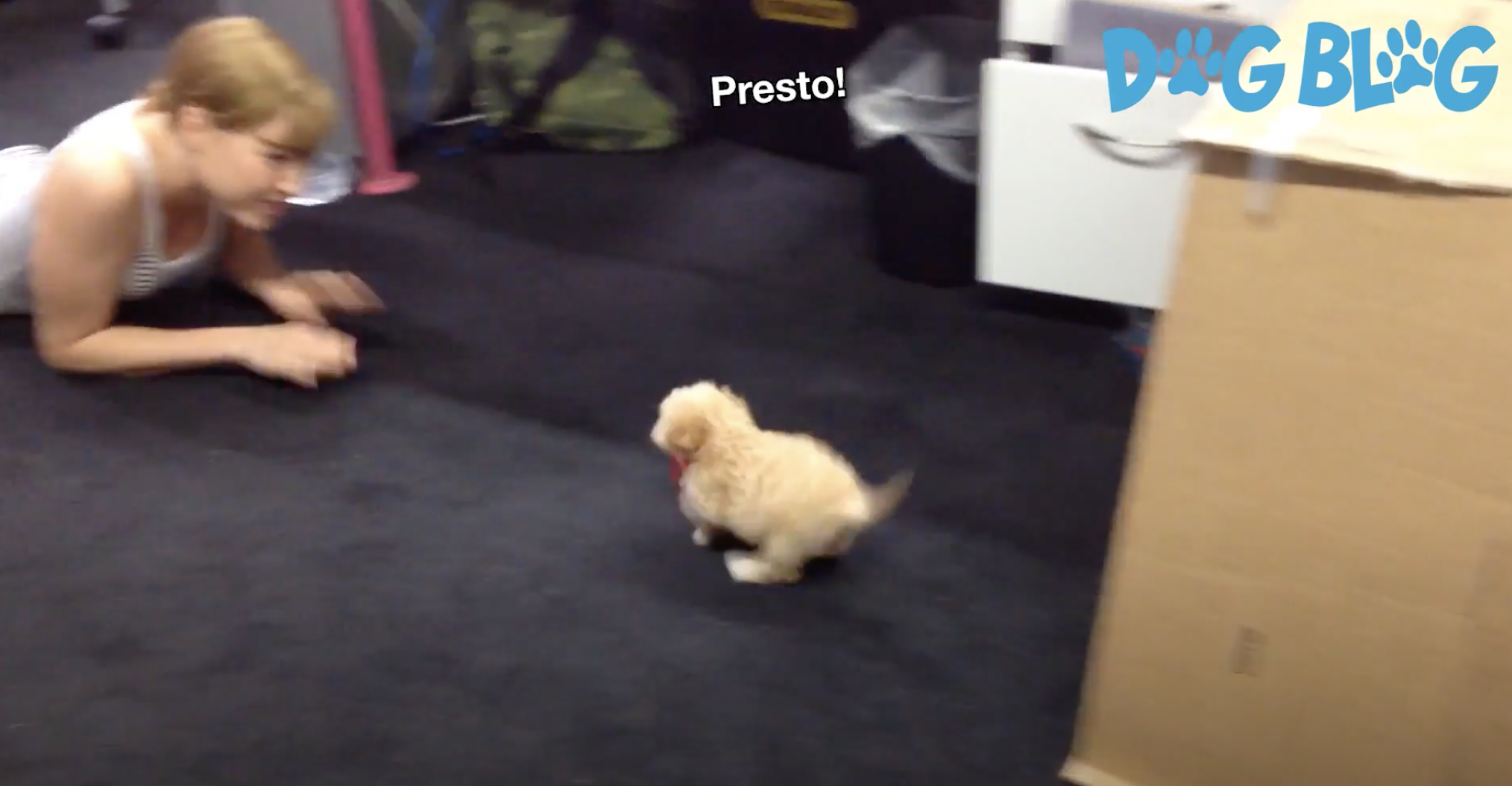 I ran into her arms with so much puppy energy. I was young again and ready to play! She just couldn’t resist my little adorable paws, and she seemed pretty impressed about the doggy magic that I performed, too.

I was so happy, and so ready for my treat. I knew I would get it after getting in some nice pets.

And that’s it! I was done! I was the first dog who performed magic, even if it was in an office and not in Las Vegas.

So how did I perform my magic trick, you ask?

C’mon…you know a magician can never reveal his secrets!