My human says that I’m just a bundle of energy.

I’m not sure what that means, but I am always pretty excited and fast. I love to run and chase things, especially balls. So when my human throws a ball, something takes over my mind, and I can’t stop until I capture it.

No matter where the ball winds up, I have to get it!

One time, my human accidentally threw the ball too high, and it got stuck in a tree. “Oh no!” he shouted. He thought the ball would be lost forever. 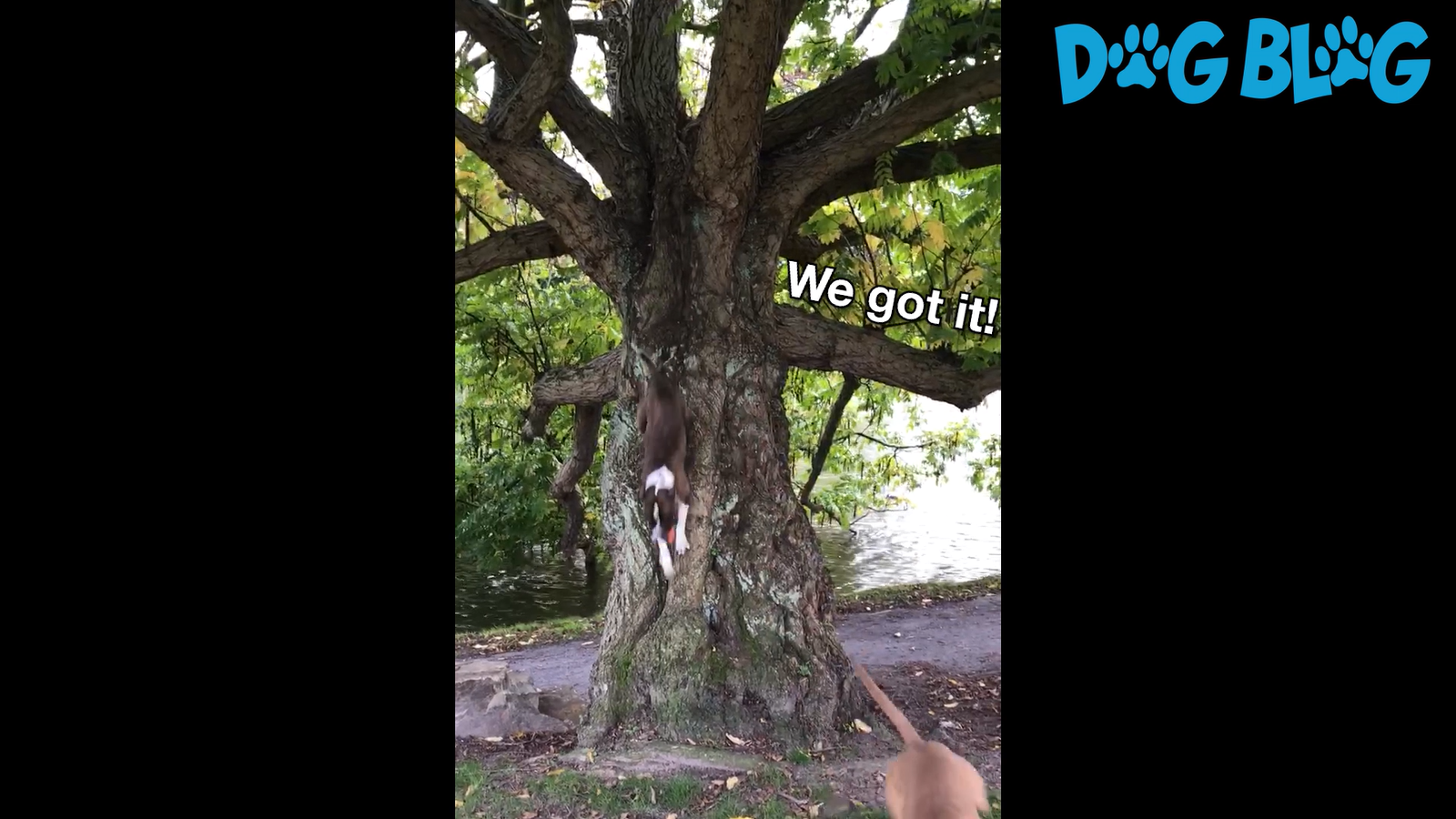 I, on the other hand, knew better. My brother and I (did I mention I have a brother) fear nothing, and no obstacle is too great. I don’t know how, but we managed to run up the tree and get the ball.

Well, technically, I got the ball. But my brother helped. Once we had the ball, we just ran back down the tree and returned it to our human. 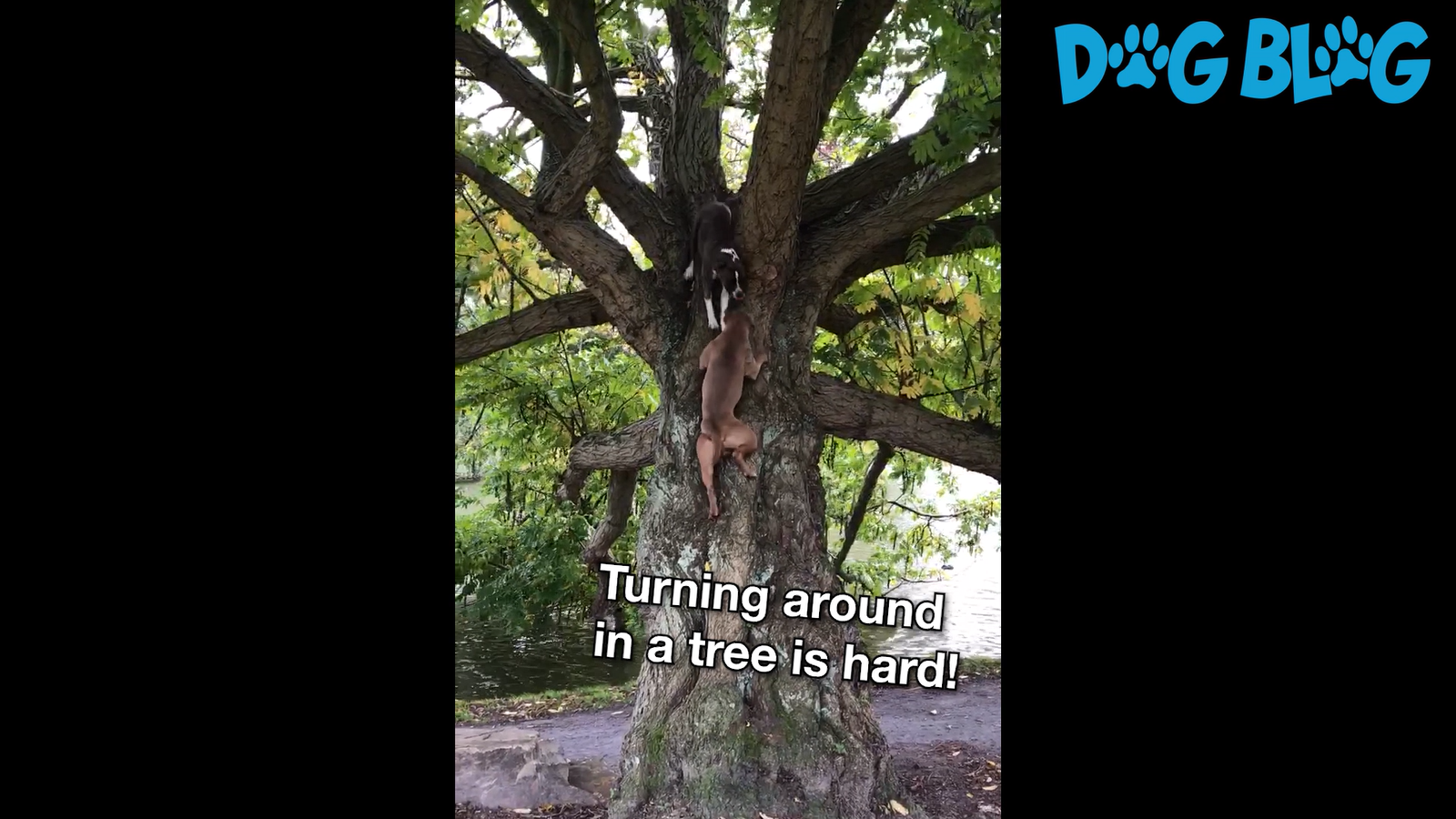 Our human was so shocked that he just stood there, saying nothing.

Once he snapped out of his trance, he said, “I wonder if you could do it again?” So, he tossed the ball back into the tree.

I’m not sure why he kept doing this, but we just kept going into the tree and pulling the ball out. Sometimes, it would take a couple of tries to get up there. Other times, it would be as easy as kibble.

Most times, I would make it to the ball first. However, my brother managed to grab it a couple of times as well.

My human was so impressed that he set up a camera to catch the action. He said he would put it on the “internet,” whatever that is.

When we got home, he showed us why it’s so impressive for dogs like us to be able to climb a tree so quickly. Apparently, most dogs can’t do what we do, thanks to our tiny paws and thick claws. Dog claws are too wide and short to dig into the bark, so most dogs simply slide right down as soon as they try to climb.

A few breeds can do it more easily, though. However, I’ve never heard of any of these dogs. Have you ever seen a Louisiana Catahoula Leopard, Tree Walker Coonhound, Jack Russell Terrier, New Guinea Singing Dog or a Raccoon Dog? These breeds sound made up! My brother and I are just run-of-the-mill pit bulls, and we don’t have any trouble.

Maybe we have superpowers?