As an old dog, I’m pretty laid back and relaxed. But, for many years, I was all by myself in this house. Yes, I had my humans around to play with me, but none of them has ever been a good snuggle buddy.

Now that I’m getting on in years, I’ve realized that what I enjoy most is lying down next to something warm and fuzzy. I will sometimes nap next to one of my humans (the smallest one usually appreciates that the most), but they don’t sit next to me for very long.

I think my primary human recognized that I was feeling lonely in my old age, so he did something to help.

One day, out of nowhere, this long, slender, white rat-looking thing arrived in our house. 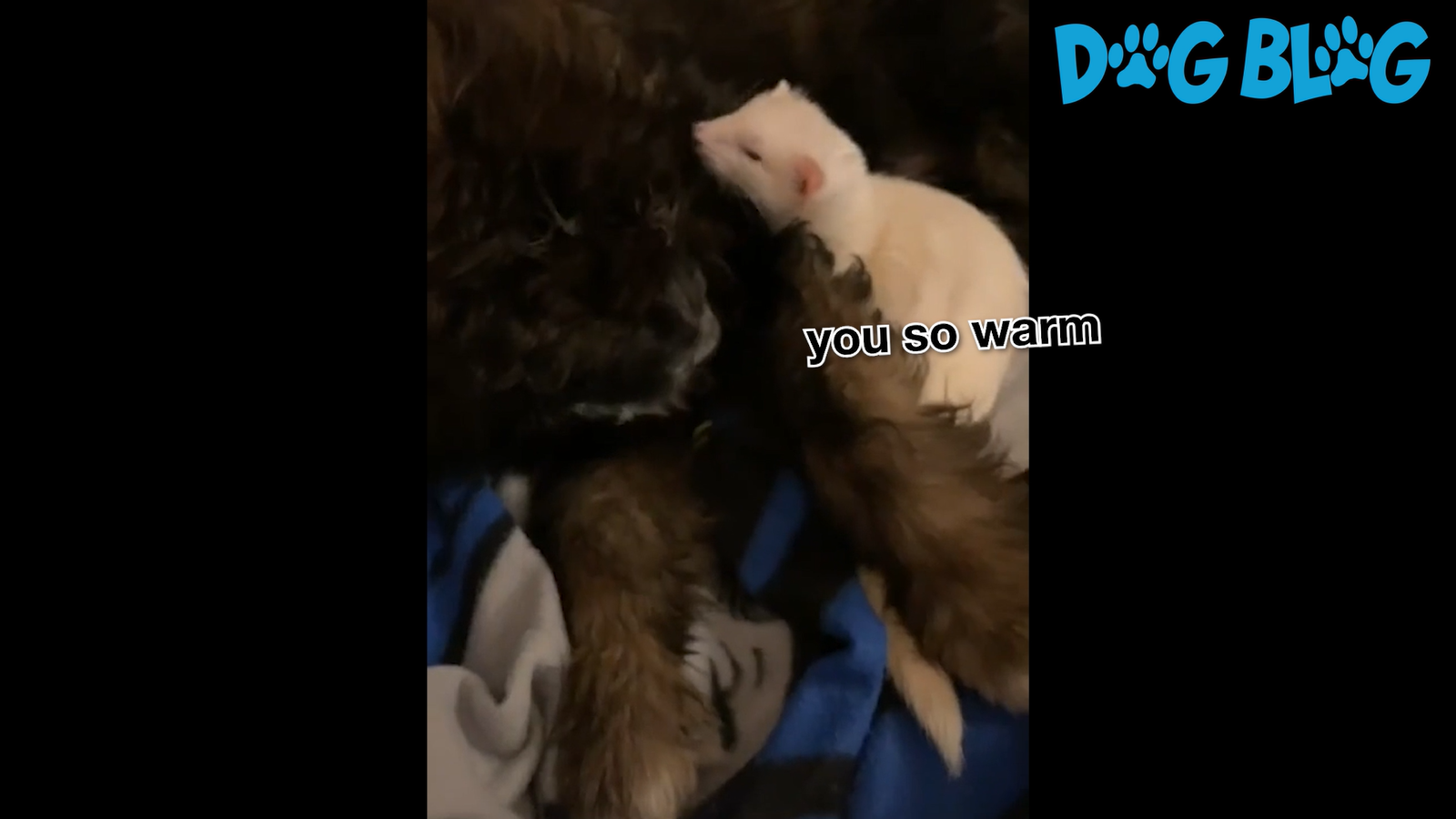 My human called it a “ferret.”

At first, I was pretty hesitant about this ferret. It didn’t smell right to me, and it was jittery and hyperactive – just the opposite of me in my golden years. Even as a pup, I was never really an “active” dog.

But, even though we didn’t know what to make of each other at first, we’ve become good friends since then. Although this ferret and I can’t talk to each other, we communicate through body language and snuggles.

Since we got used to each other, we’ve been inseparable. Sure, it will run around some mazes and play with toys for a while, but it always comes back to snuggle with me. We spend hours together, just lying and snuggling until it’s time to eat or play. 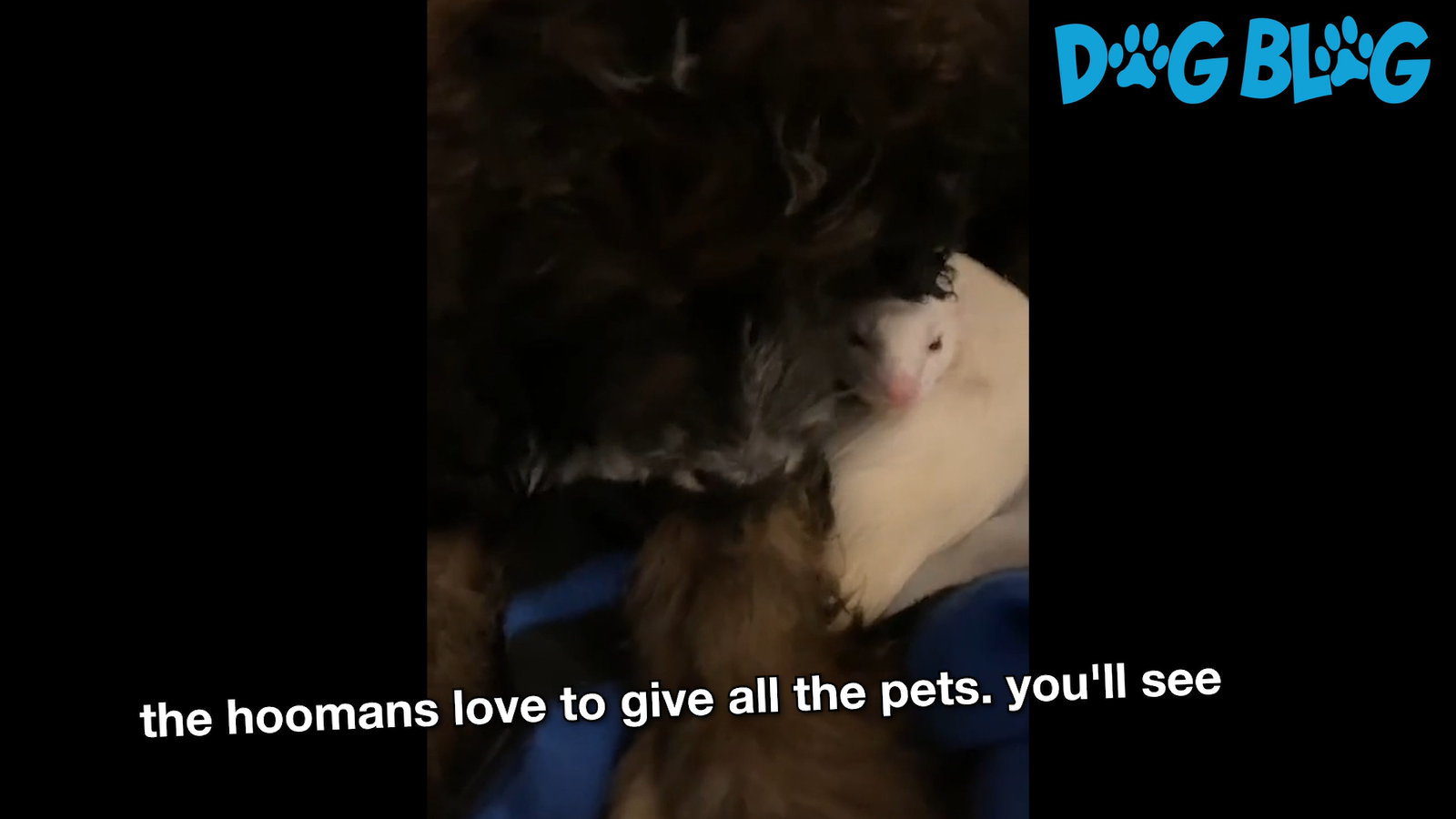 I think this ferret is much younger than I am since it always wants to play. My joints are getting kind of creaky, so the only activity I do is walking. Unfortunately, the ferret can’t come along when we go out.

Now that I have a new snuggle buddy in my life, I decided to find out some more information about its kind. I learned some fascinating tidbits, such as: