Bo is a 5-month-old Beagle puppy that wanted to play with his cat friend, Jasper. But today instead of playing they bonded while watching birds out the window. 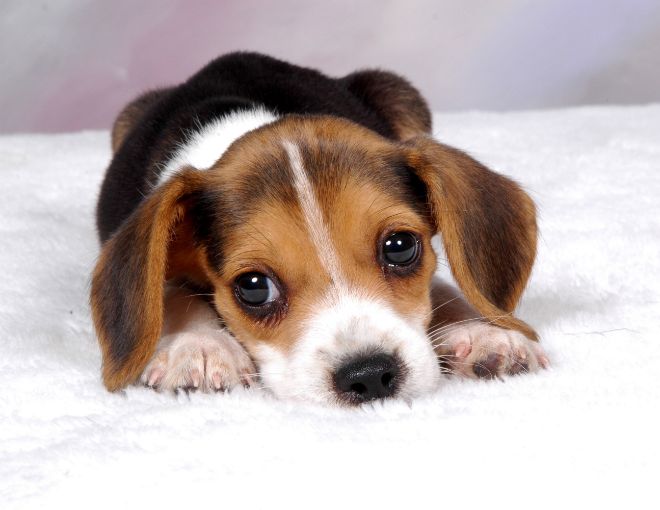 1. Believe it or not, my sense of taste isn’t my most important sense. It’s smell! Beagles are often used as hunting dogs because we have 220 million scent receptors. Want to know how much you have? Just 5 million! We know exactly where everything is just by smell alone! (And that also means we know where everything in the kitchen is!) 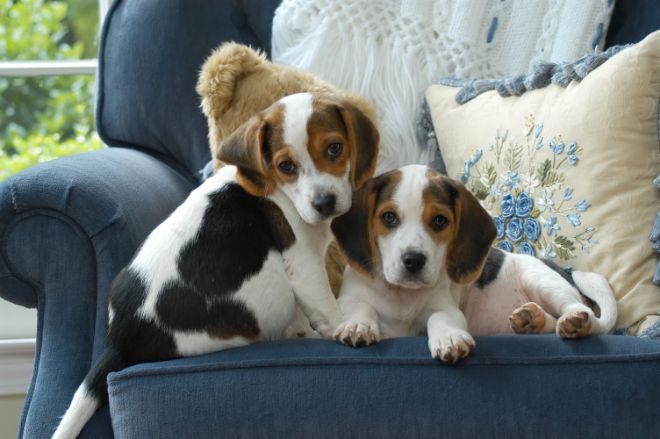 3. Recognize me? I’m famous! Beagles are well-known throughout popular culture because we’re just so iconic. The most famous Beagle out there is probably Snoopy from Charlie Brown, but there’s also Odie from Garfield. Don’t believe Odie’s personality though; Beagles are very intelligent dogs! I promise! 4. Beagles have somewhat of a reputation for “bottomless stomachs.” Often, we’ll just keep eating and eating and eating. If we’re eating too fast, you can use a special bowl that will limit how quickly we can eat. You also need to make sure we don’t gain too much weight; it’s hard on our spines. 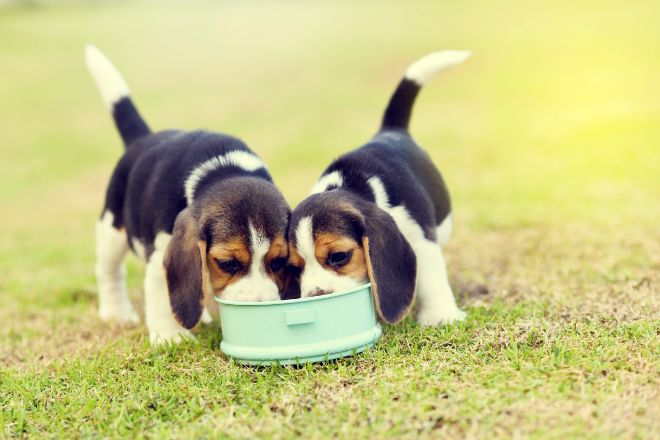 5. I might be little, but I can belt out a tune! Beagles are one of the most vocal dog breeds. Anyone who has heard beagles howling can attest to this. Howling is how we find each other. You might notice that we howl more when you leave; that’s because we don’t like being separated from the pack! 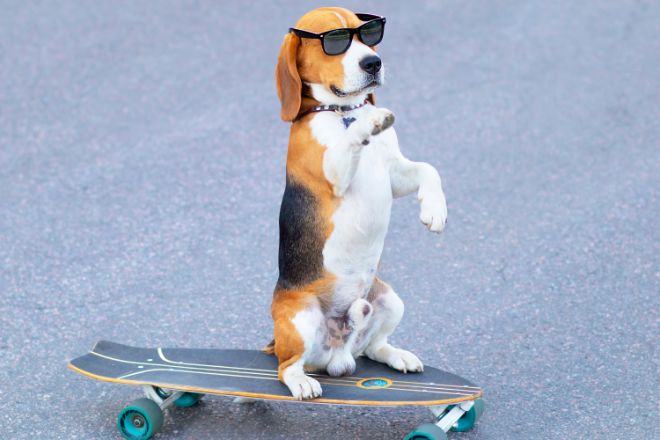 6. Aren’t my floppy ears adorable? Well, it’s more than just adorable. My floppy ears actually help me track scents better! That sounds crazy, but we use them to sweep the scents around the area, activating them and making them easier for our sensitive noses to pick up! 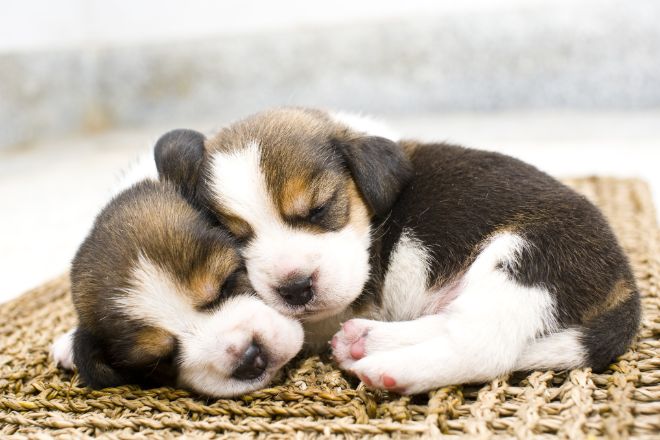 7. Miniature beagles are a fad now, but we’ve existed long before teacup chihuahuas. Royalty used to carry “pocket Beagles” and even though we weren’t quite pocket-sized, we were very, very small. Pocket beagles are still a part of the actual Beagle purebred line, but the “real” pocket Beagle disappeared in 1901. 8. See my tiny little white tail? That’s more than just cute. Purebred Beagles actually need to have a tiny white tip on their tail, at least! It’s so that people can find us when we’re coursing through the woods and plains, on a hunt! Our white tail is like a little visible flag that says “here we are.” 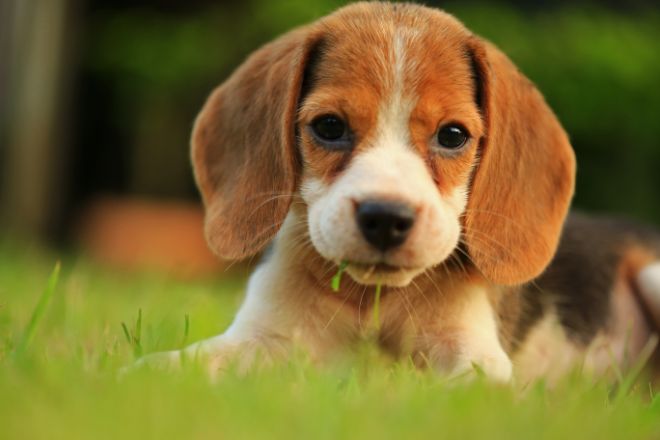 9. You probably think of us being mostly brown, white, and black. But beagles actually come in a number of other colors! We also come in “lemon,” “red,” and “blue mottle.” Rarer colors can be highly desirable, so it can cost a little more to find us in those colors. But there might be one of us at your local breed-specific rescue! 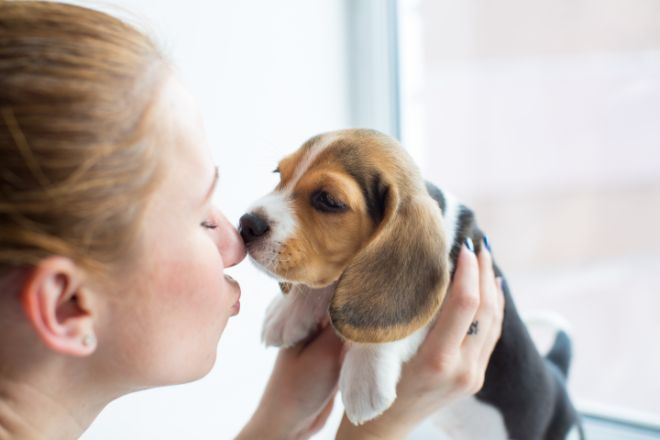 10. Speaking of rescues, did you know the average cost of a purebred Beagle puppy like me is $400 to $1,000? But there are also lots of purebreds at breed-specific rescues, even if they might be a little older. When buying from a breeder, always look for genetic tests! Otherwise, I could experience health issues that you’re not anticipating down the line. 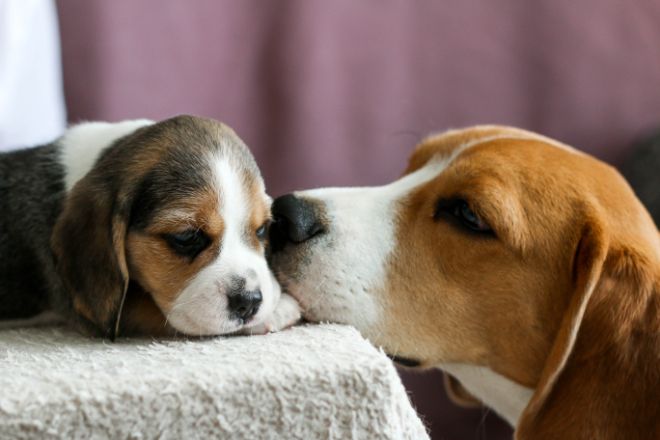 11. When you adopt me, you get a friend for a long time. Beagles are strong, healthy dogs, and we live anywhere from 12 to 15 years. Like many dogs, this depends on general health, genetics, and care. But if you keep me healthy and at a good weight, I can live for a long time! 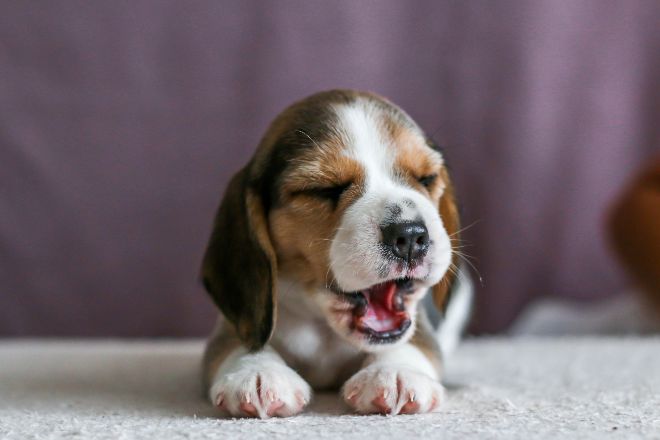 12. Of course, though I’m a purebred Beagle, there are a lot of great Beagle mixes, too. Some “designer” Beagle breeds include Cheagles (Beagles and Chihuahuas), Bagels (Beagles and Bassets), and Beaskis (Beagles and Huskies). When you cross us with another dog, it often brings out our best! 13. When I grow up, I’ll be described as the “goldilocks of dogs.” What does that mean? Beagles are often considered to be “just right”! Energetic but not too energetic, confident but not too aggressive, friendly but not too needy. A lot of people find that the Beagle is the perfect pup for them. 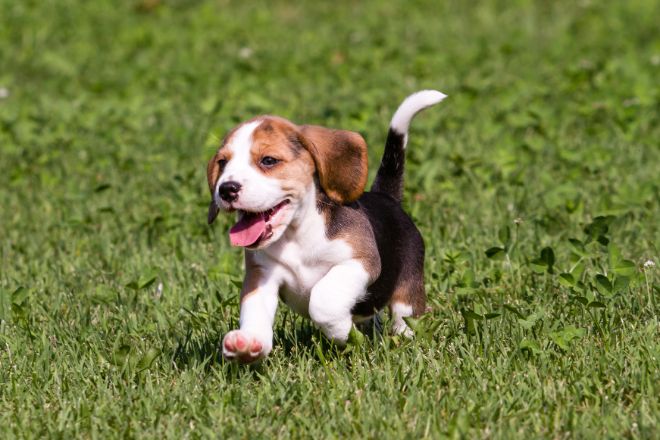 14. You’re not the only one who thinks I’m cute. Beagles are consistently in the top ten dog breeds. Most people love us, for a lot of reasons. We’re not too large, we’re easy to train, we’re confident and energetic, and we love to learn. 15. Because we are pack animals, we do function better in a group. But keep in mind littermate syndrome; if you get two of us from the same litter, it’s possible we will reinforce each other’s negative behaviors! It can be better to introduce us to an older or younger dog rather than get multiple of us at the same time. 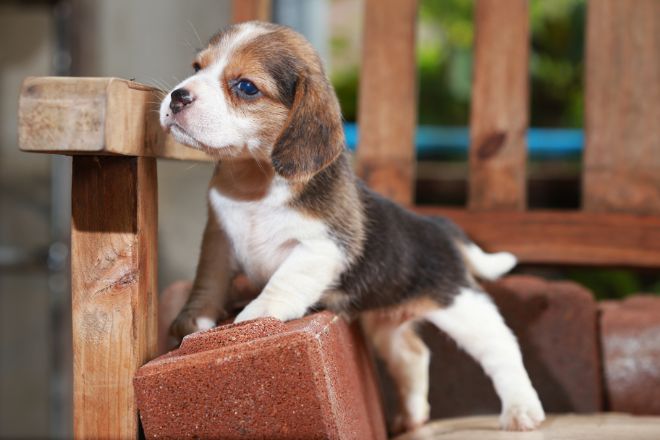 16. Got allergies? Maybe you should try a Beagle. Beagles are low-shedding dogs; we don’t shed very often, and we have a very short coat. Even if you have beautiful hardwood floors, you won’t see a lot of excess shedding from us. 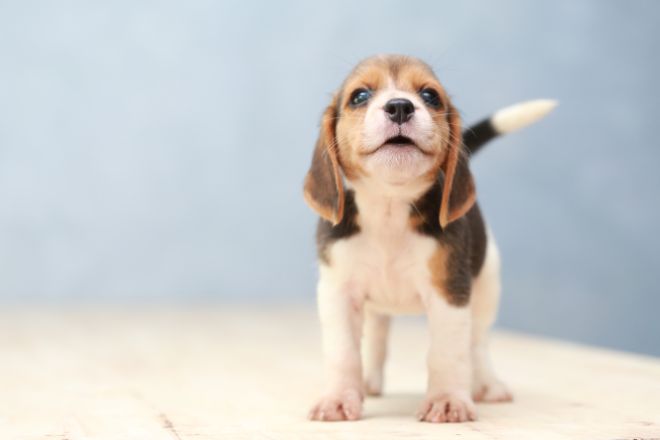 17. As hunting dogs, I absolutely love the outdoors. I want to run long distances for long times, chase things, and retrieve things. I’m not quite as energy-intensive as huskies (I can cuddle and rest), but that doesn’t mean that I can be a lazy couch dog all the time, either. 18. Don’t let my lazy demeanor fool you, either. Because I love hunting, I’m an escape artist. I can be lying on a blanket like this one second and digging under a fence the next. If you’re worried about me escaping, you should watch me carefully when you first bring me home. 19. And as cute as I am, I can be dangerous — to small animals. As a hunting dog, I was usually used to hunt things like rabbits. So be careful when introducing me to cats, rabbits, and other small pets; some of us (like me!) are very friendly, while others have something called a “prey drive”!