I am probably the luckiest dog in the whole world. While other dogs only get to play in a simple backyard, I have an entire farm!

My favorite playmates are the goats and the donkey. Sure, we are a funny-looking group when we’re all out there together, but they are the most fun animals I’ve ever played with.

The donkey is really nice and gives us rides around on his back, and the goats love to headbutt him and charge me. 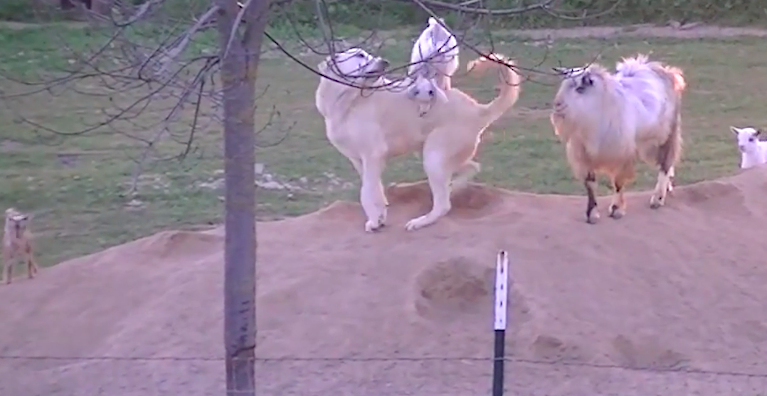 I’m not quite as patient as the donkey. These goats drive me crazy when they jump on me! Hey, you there! Get off!

The donkey is much bigger than I am, so it’s easier for him to give the goats a ride around the farm. I love to watch it, I just don’t like playing a part in it.

My favorite game is playing wrestling. I have a better chance of winning that game (but the donkey usually comes out on top, it’s the size thing again). It may not be fair, but it’s still a ton of fun! 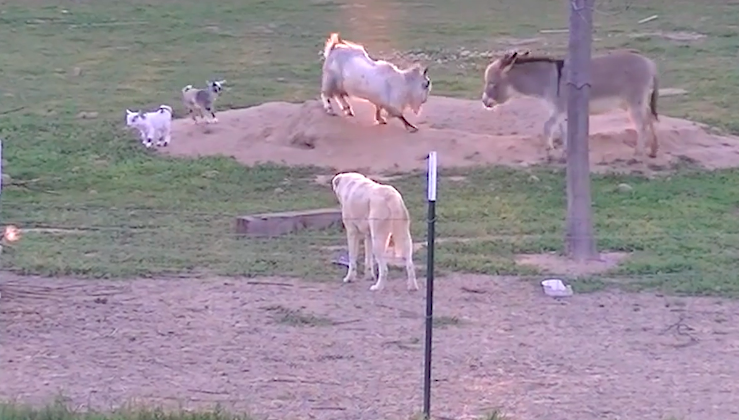 Looks like the goat is setting himself up for a good headbutt! He is an expert headbutter and it hurts, but it’s fun to watch! The donkey can handle it much better than I can.

Those little goats at the back usually just watch and then they’ll jump in and try their best to push the bigger goat around and then headbutt the donkey’s ankles.

They do what they can, where they can (even if it isn’t much). 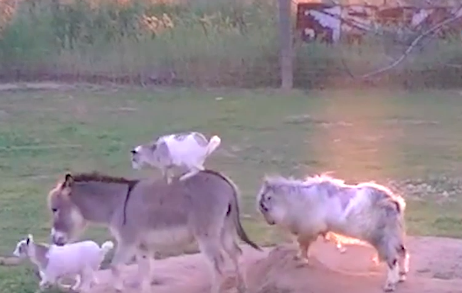 Watch out cowboys, the rodeo is in town! I wonder how long that little goat will be able to stay up there this time?

There’s the big goat, bringing it up in the back (he makes sure the little ones are safe). I don’t usually get involved in this game, it’s a little too rowdy for me.

I tried playing when I was a puppy, but I fell off and mom had to take me to the vet. I spent six weeks in a doggy cast because I broke my paw! 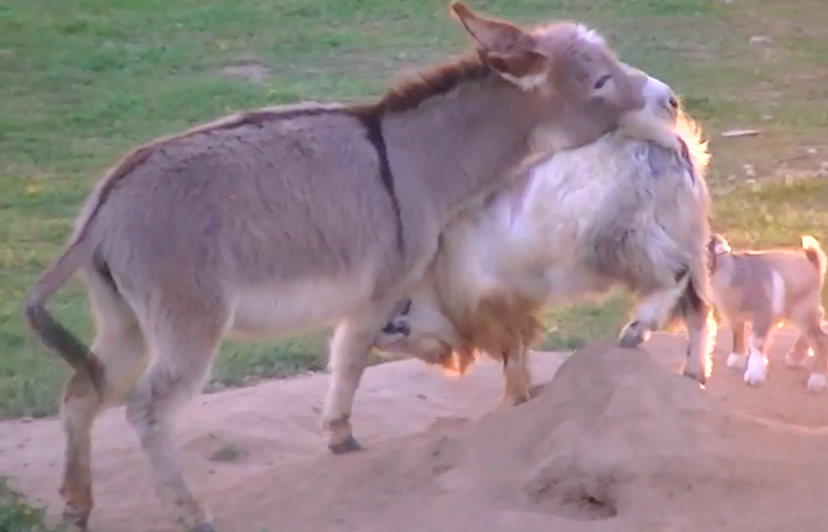 Looks like they’ve started another game of wrestling, so I’m going to start wrapping it up.

The sun is going down, I’m tired, and someone is about to get hurt once the two big ones get going at it.

Tomorrow we are doing a water day. My mom even bought us a heckin’ awesome pool to play in! Gotta go get some rest!