So, a funny thing happened to me the other day. I was at my human’s work, and she put some strange things on my paws. It was the first time I had ever worn something like that, and let me tell you, it felt weird. 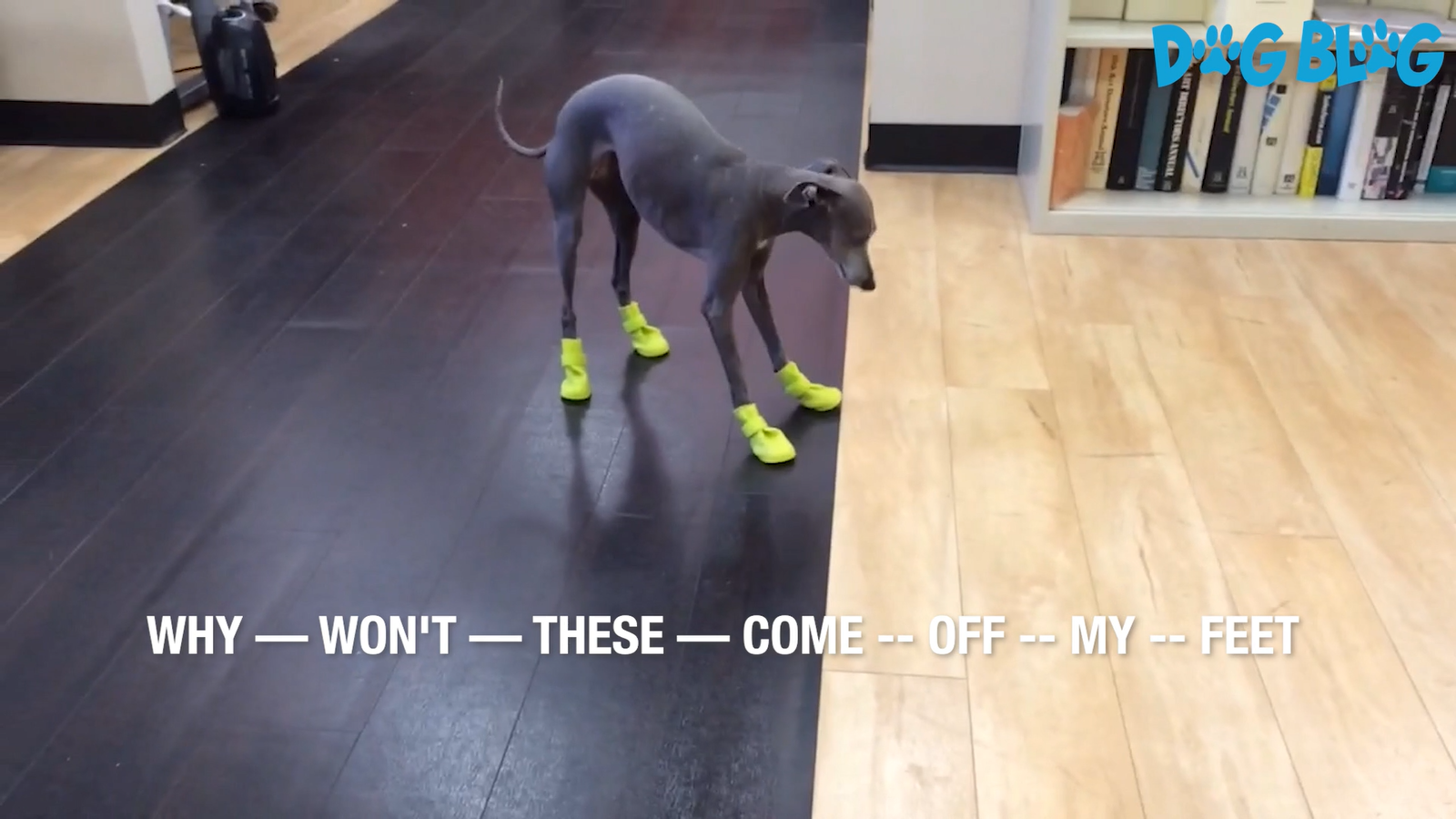 At first, I just stood still because I didn’t know what to think. But, she kept calling me to her for some reason. A couple of other people were in the office, and one guy was filming the whole thing. I think they thought it was some kind of doggie fashion show.

While I wasn’t sure how to move in these things, I knew that I couldn’t just ignore my human. Finally, I relented and started walking over to her.

At least, if you could call that walking. I’m not sure what I was doing – it was truly bizarre. 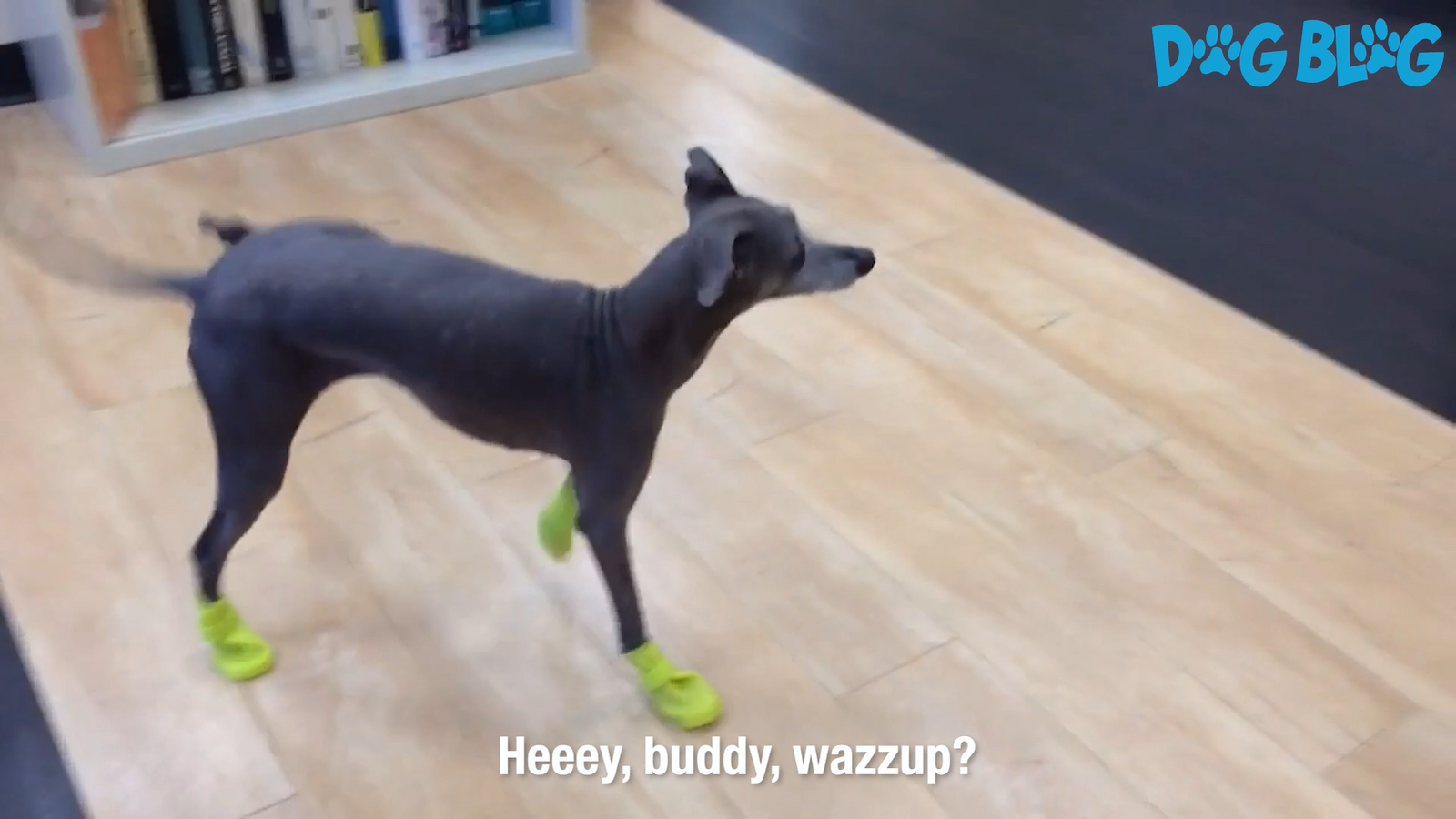 Another thing that kind of bothered me was that everyone was laughing at me! Was this really a doggie fashion show? Or was I the subject of some cruel mockery? Although I have to say, making humans laugh makes my tail wag. After all, I really care about their happiness.

Anyway, she called me over to this smaller room and then back to where I was. I suppose you could say that I did a runway walk. I heard someone call it the catwalk before, but I don’t really like that name (I’ll give you three guesses why). The whole time, I was trying to figure out what was going on and why my paws felt so weird. 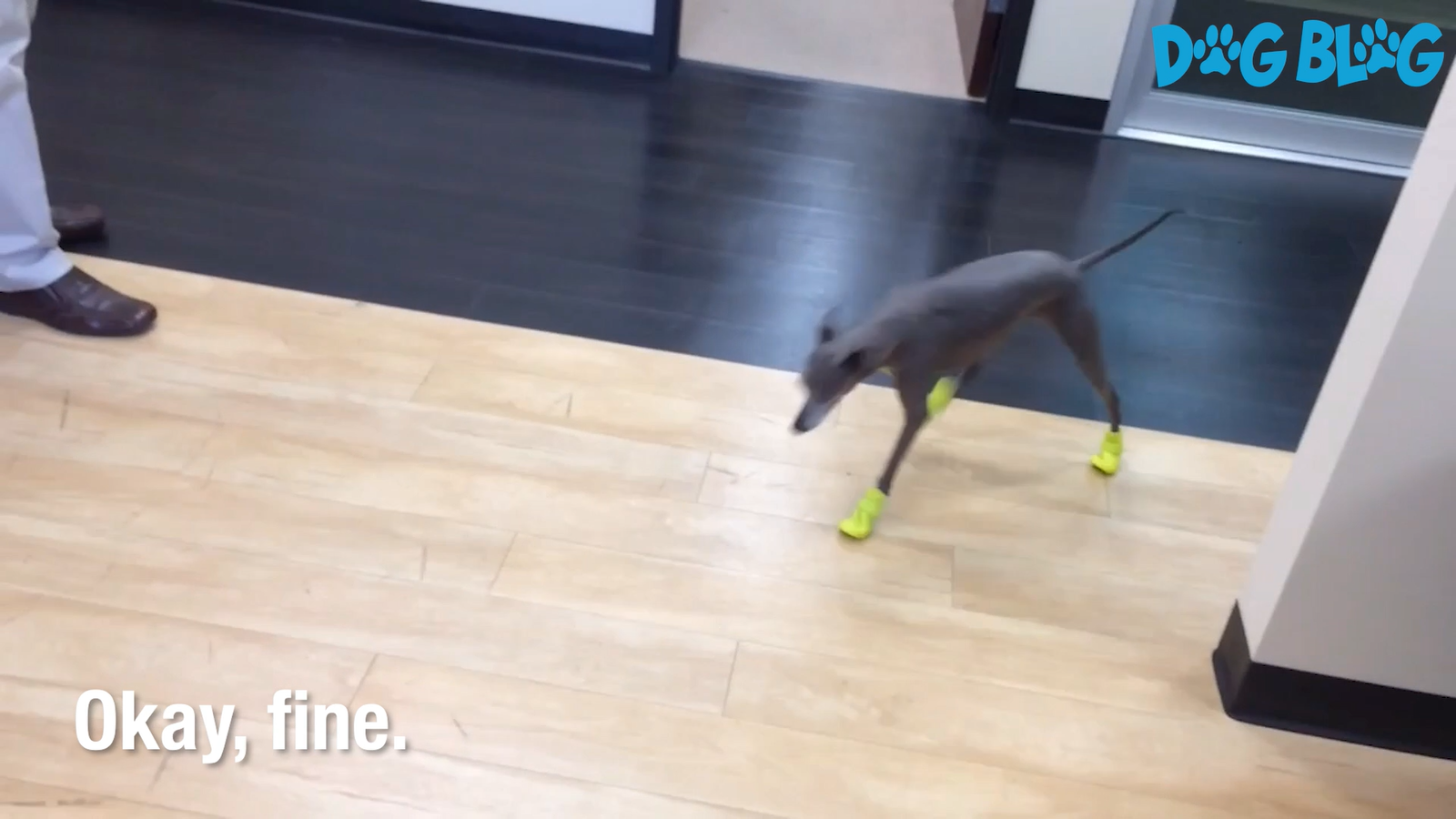 I eventually got my answer when we returned home. I went straight to my doggie computer and searched for foot thingies that make my paws feel strange. I found out that what I feel at the bottom of my paws is called proprioception. I guess humans have this feeling too, but not as bad as dogs.

When our paws are covered, the coverings interrupt that proprioception-thingy, so it makes me feel like I’m stuck in something. I would agree with that assessment. Looking back, it felt like I was standing in tar or caramel. Mmm, caramel. I wonder if my humans will be making candied apples this year for Halloween?

Getting back to the fashion show. My human called these things booties, and she tried putting them back on my paws again a few days later. Being the good boy I am, I let her. That’s the price I pay for high fashion, I guess.