Um, excuse me? That was my spot, Sparkles! What do you think you’re doing?

I think it’s pretty clear that I am not okay with this cat stealing my spot on the couch. This is the comfiest spot in the whole living room, after all! Directly in front of the TV, closest to the kitchen, and an armrest that doubles as a pillow. Just who does he think he is taking this spot? I was here first, and left to get a snack! 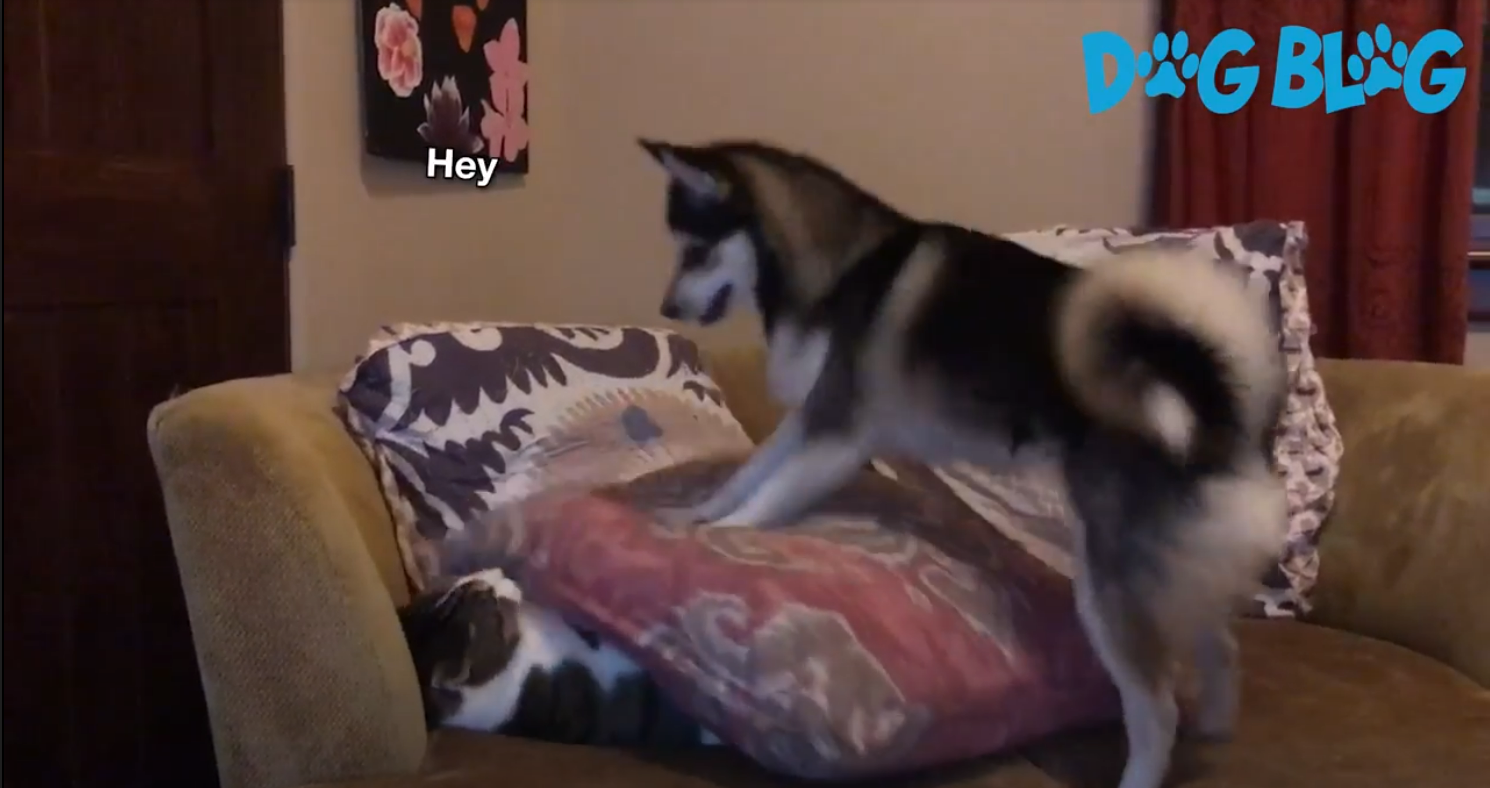 Give it, Sparkles. Give up the seat. I’ll do my best to make this as easy as possible, but I can’t guarantee anything. The sooner you give up the spot, the better for everyone.

Sparkles, please. I’m trying to not get too aggressive in front of the humans, but we’re starting to run out of options. If you think I’m going to let you have this spot, you’re crazy!

C’mon, c’mon, c’mooooooon! This is annoying! Whoa, you’re starting to fight back, too! Well, this just got even more serious. 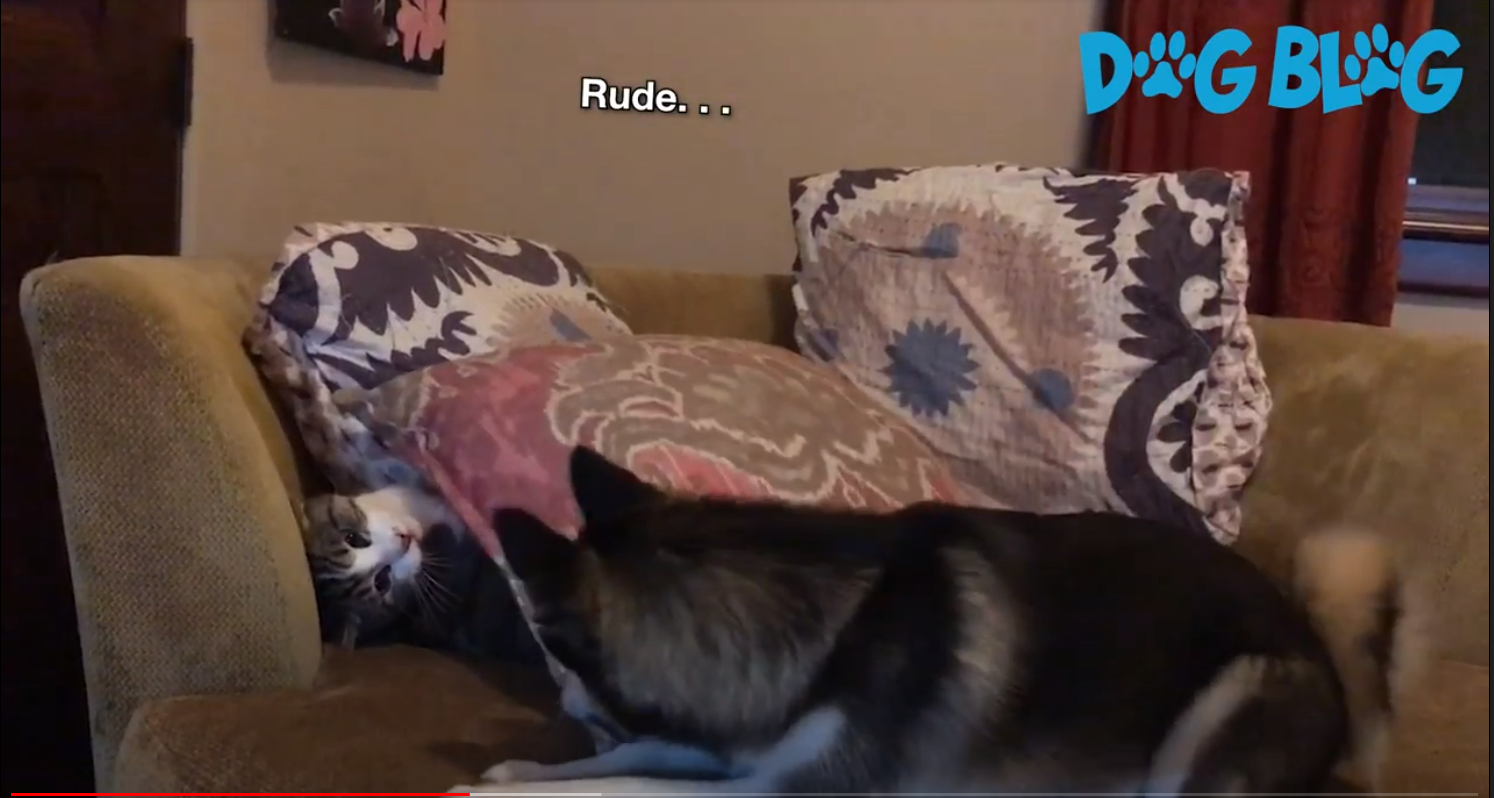 Wow! He knocked me fully off the chair now. Well, it’s 100% clear that this is not going to be a battle that I can win without a fight. Sparkles is really hissing and putting up a mean attitude now.

I may have gotten knocked down, but I am not out of this! Why aren’t the humans stepping in? Right now Sparkles has the upper ground, but I won’t give up so easily! This is my spot, and I refuse to Watch Brooklyn Nine-Nine on the floor like some peasant.

Ugh, I keep trying to get him down, but he just keeps swatting at me and laying on his back just attacking. This is a ridiculous way for me to have to fight back! Grrr! What am I supposed to do?! Give up? Where else can I sit? No, no I mustn’t quit. 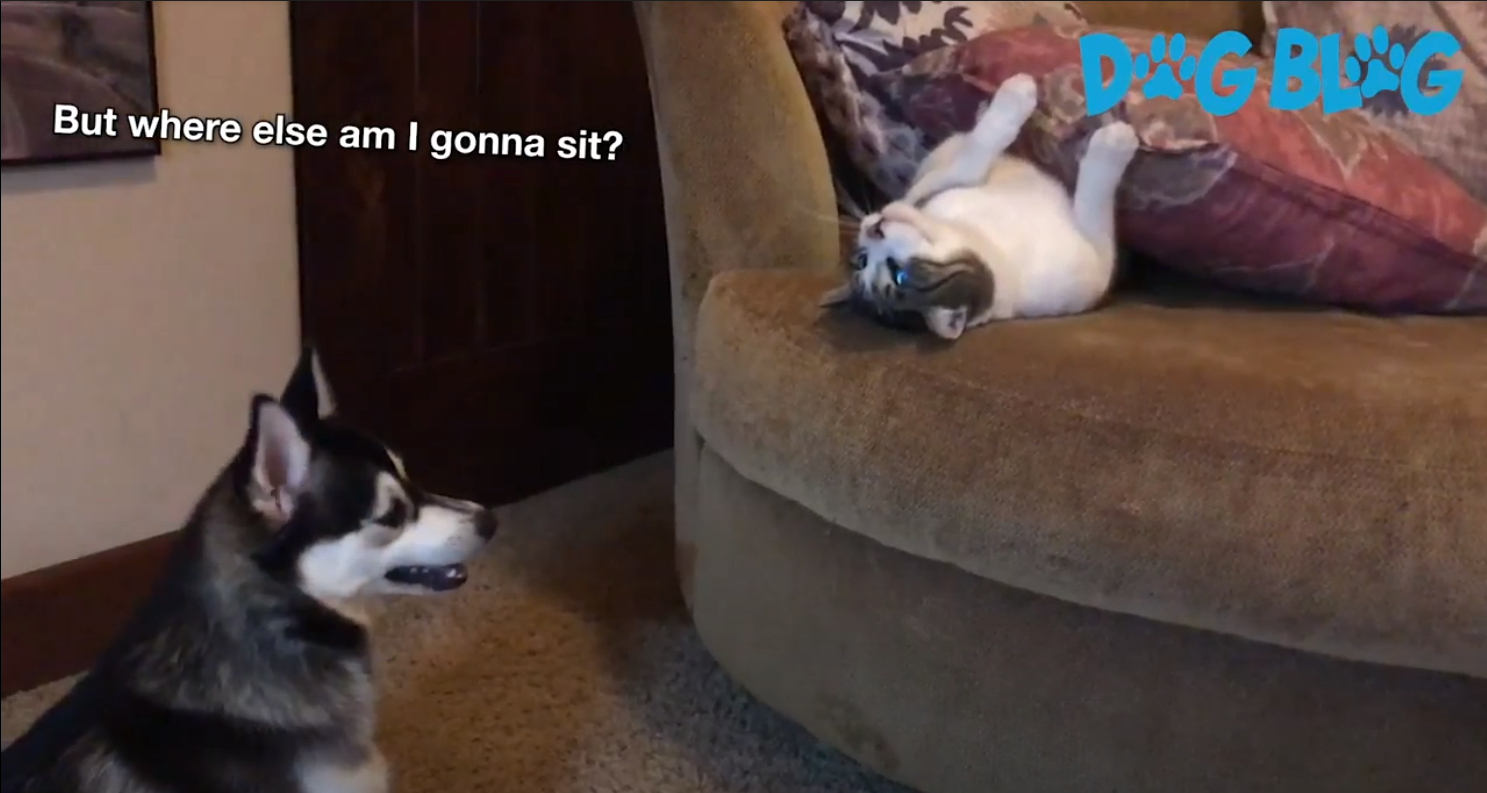 Well, I wonder if the human would consider investing in another chair just for me. Maybe they could get something that has a loooooot of nice spots to curl up in – all completely off-limits to Sparkles here. That would be the daydream life for me. I don’t know why more humans don’t think about these things, and try to help out their doggo friends. That would be helpful on the evenings when a mean kitty comes and takes their seat!

Well, it may be time to throw in the towel. Sparkles is straight up ignoring me, and I hear my show starting. You win this round!. But mark my words, Sparkles, I will be back!